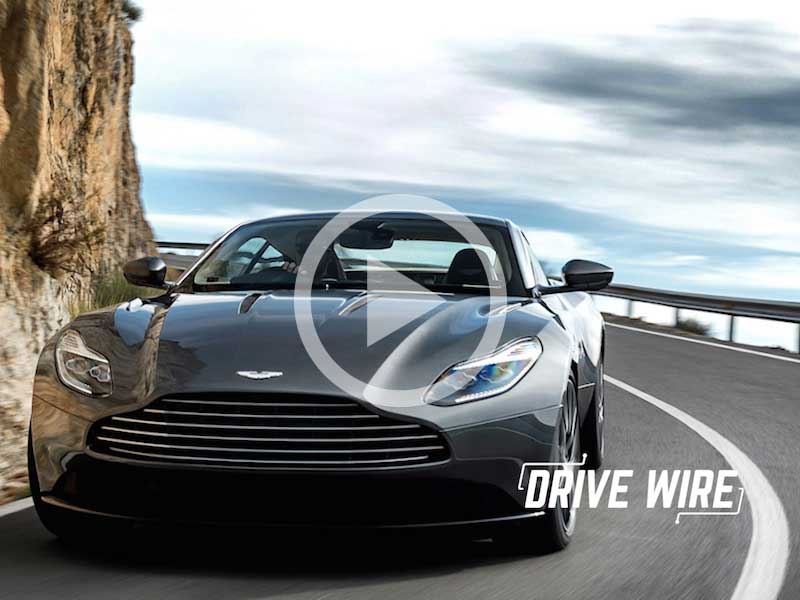 Hey guys, it’s Christina Thompson and this is Drive Wire for Thursday, March 31.

Dieselgate is far from over. The Volkswagen diesel scandal has a new wrinkle with the Federal trade Commission suing VW over their clean diesel advertising campaign. The FTC claims that consumers were misled by advertising including print spots, Super Bowl ads, and a massive social media campaign. Here’s the heart of it – the FTC wants VW to issue full refunds to everyone who bought or leased a diesel VW, which is well over half a million cars – and that would come to more than $15 billion in damages. Fifteen billion! VW has yet to comment on the suit, which again, is separate from anything having to do with emissions regulation. We’ll be paying close attention to this one.

In British luxury car news, Aston Martin’s new DB11 coupe is already a huge hit. It might not actually go on sale until September, and we might not actually know all the details about the car, but that hasn’t stopped buyers. 1,400 of them have told Aston to shut up and take their money, according to company sources. Considering that Aston has only sold about 4,000 cars annually for the past few years, this is a big step up. The 600-horsepower DB11 will be about $212,000 when it arrives in the fall.

In racing news, Audi’s 2016 R18 Le Mans prototype has made its debut at the World Endurance Championship Prologue at Paul Ricard. The R18 is appropriately stunning, as befits the most powerful racer ever from the house of four rings. Audi is sticking with diesel power - in this case a turbo V6 that’s claimed to be ten percent more efficient than last year’s model - plus an electric motor system driving the front wheels and recovering energy under braking. We can’t wait to see the R18 in the first round of this year’s WEC Championship, April 17th at Silverstone.

For today’s gear, we ‘re featuring something we didn’t even know we needed – a beach bike that’s tough enough to survive the surprisingly harsh conditions of the beach. The Coast Bicycle by Upstart Priority Cycles is just a damn good idea, with an aluminum frame, a carbon belt drivetrain, and stainless steel components. It’s rugged enough for salt and sand but relaxed enough to keep the summer vibes. Check it out on Kickstarter – they met their goal in three hours, of course, but you can still get in if you hurry.

In today’s ridiculous video, we have something unbelievably good – Japanese F40 owner Takeshi Kimura straps his camping gear to the roof of his Ferrari, slaps snow chains on the wheels, and drifts up the slopes. When finally reaching his destination, the adventurous Ferrari owner sets up camp on the roof of his F40. This video makes the F40 almost seem practical.