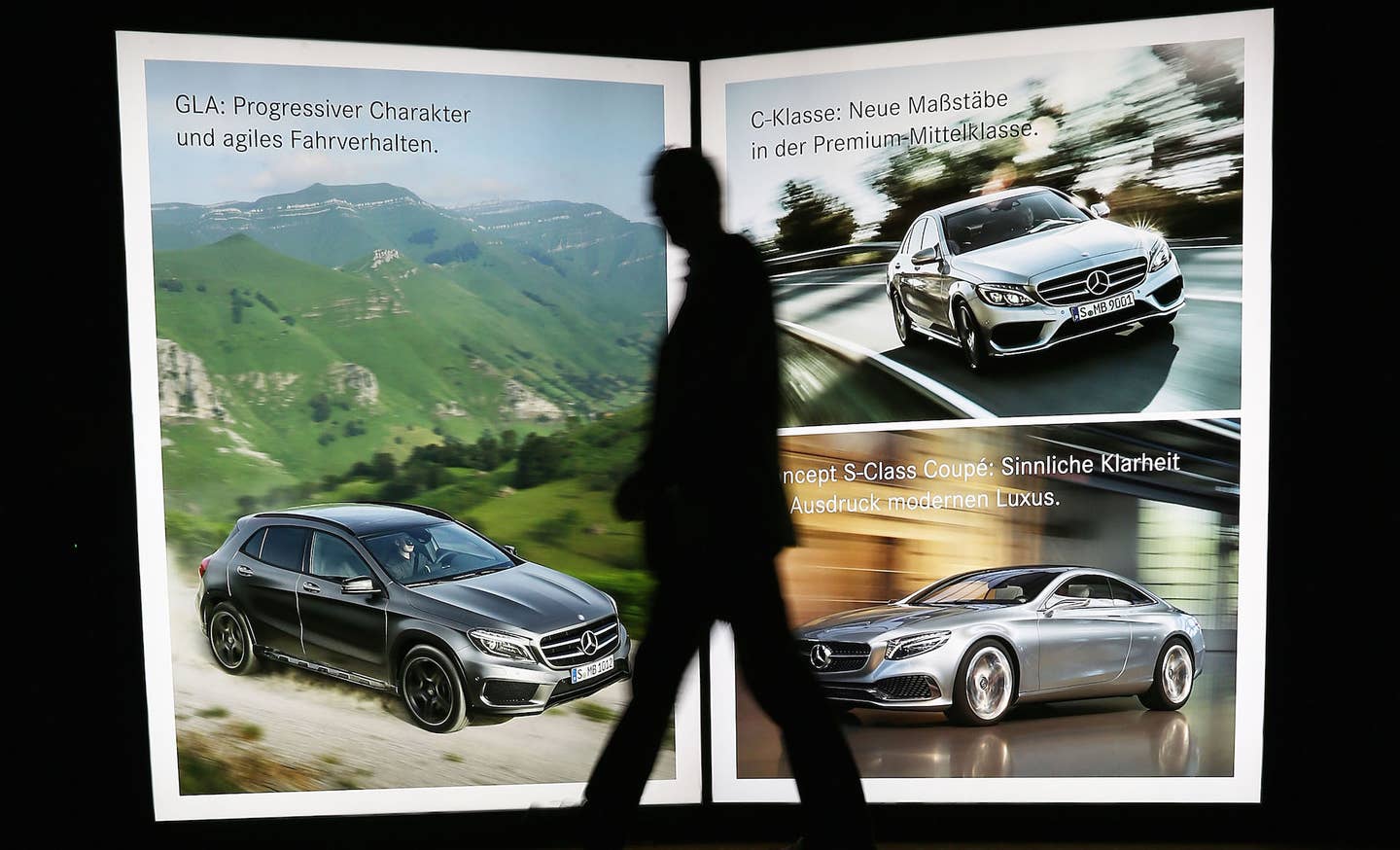 On Monday, as shares of Volkswagen stock plummeted and questions arose in the wake of sinister revelations that engineers manipulated data about VW and Audi TDI engine emissions, two other German manufacturers released statements that they comply entirely with the U.S. Clean Air Act.

"There are clear laws and guidelines governing this and we adhere to them,” says Munich-based BMW. “Everything else is manipulation and deception and we don't commit such fraud."

Daimler, which own Mercedes-Benz, said it was not aware of any investigation of Mercedes vehicles in the U.S. "We heard of the EPA's accusations against VW from the press. The issue described by the press does not apply to Mercedes-Benz Cars," the automaker said in a statement.

In what must have been the longest day in Volkswagen AG CEO Martin Winterkorn’s career, he watched VW shares fall 18.6 percent by the end of trading, wiping $15.6 billion off the market cap of the world’s largest car maker, as he called for a sales freeze of all TDI models in the United States. Meanwhile, Bloomberg is reporting that the Justice Department is conducting a criminal investigation into a scandal that shows no signs of abatement.