The Governor of Texas Wants to Put Crosses on Cop Cars 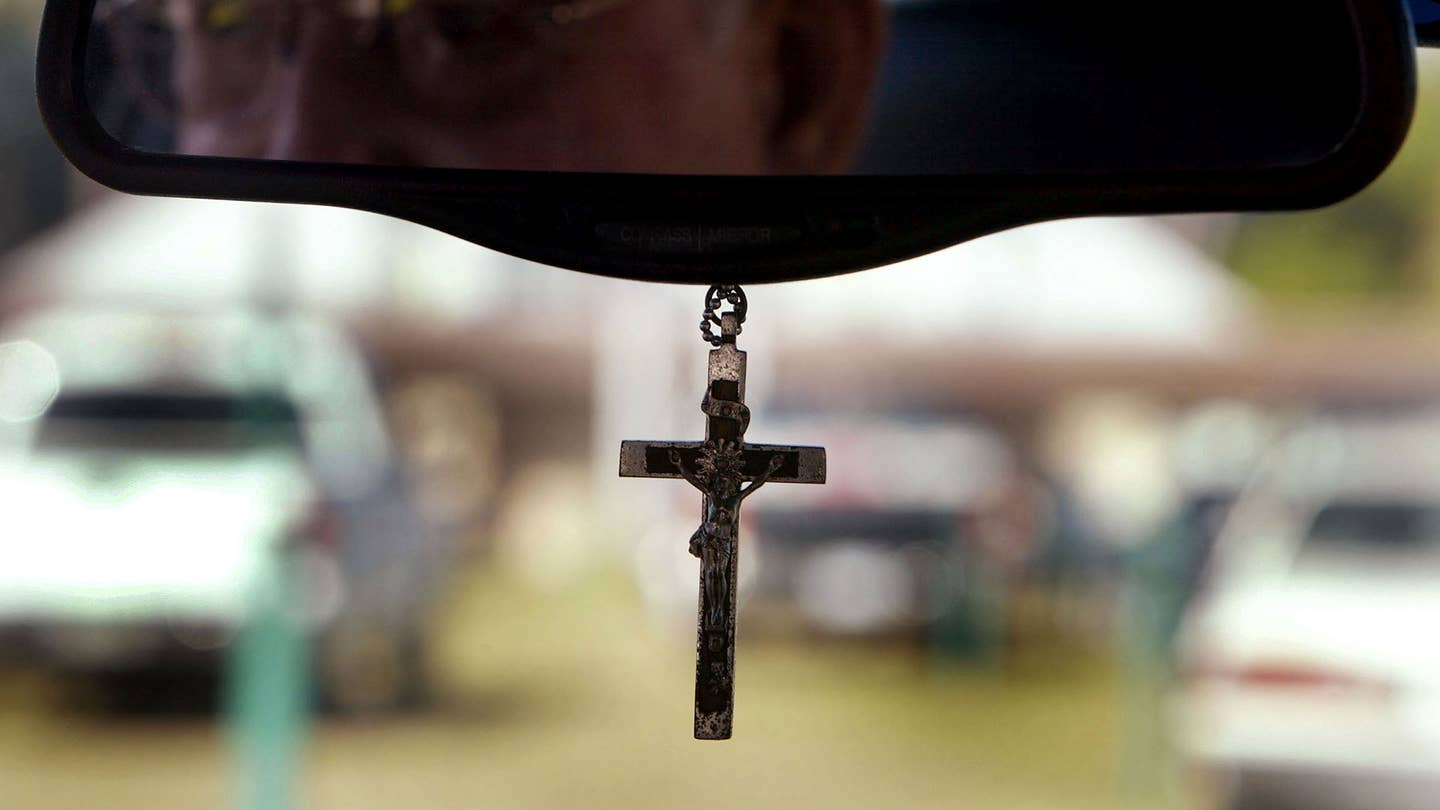 Though it’s enshrined in our founding document, America has struggled for 240 years to maintain separation of church and state. The latest bump in that entangled road? Texas governor Greg Abbott, who announced Friday that he’s urging his Attorney General Ken Paxton to grant the state’s police officers permission to affix crosses to their cruisers. As suggested by the First Amendment and confirmed by the Supreme Court, that is illegal.

According to Abbott: "The U.S. Supreme Court has long recognized the demographic and historical reality that Americans 'are a religious people whose institutions presuppose a Supreme Being...The Court has never held that public officials are barred from acknowledging our religious heritage." The rhetoric behind Abbott’s euphemistic “acknowledging our religious heritage” is powerful, but almost a dozen of the country’s appellate courts have ruled specifically on the issue of affixing crosses to government property. The call, every time? No (freaking) way. A religious symbol may well denote personal piety, but when it’s affixed to an instrument of the state—say, a Crown Victoria with lightbars—it constitutes a state endorsement of religion.

In defense of his move, Governor Abbott pointed to the many crosses in national cemeteries at Arlington and Normandy, forgetting (Ignoring?—Ed.) that a decoration of a gravestone is an instance of personal expression. The tanks and carries that those men and women rode into battle weren’t adorned with crosses—at least, legal ones that might set a precedent.

The idea that Christians living in our de facto Christian nation are facing discrimination isn’t some crackpot theory. Or, it is, but it happens to be held by the majority of Texan voters. By signalling his support of cross-bedecked cruisers, Abbott is positioning himself as a defender of Christian freedoms—a politically popular, if trumped up, stance. Because, as America’s many town square nativity scenes, Ten Commandments plaques outside courthouses and the “under God” clause in the pledge of allegiance might suggest, it’s not Christian freedom that needs protecting in our ostensibly secular state.

Worship as you please officers. But, on the job, the only enforceable authority comes from a slip of paper in Austin.

What Would Jesus Drive?

Christ has died, Christ is risen, Christ will drive again.