President Obama’s $10 Oil Tax Is Too Little, Too Late

Yet more hollow chest-thumping from Washington. 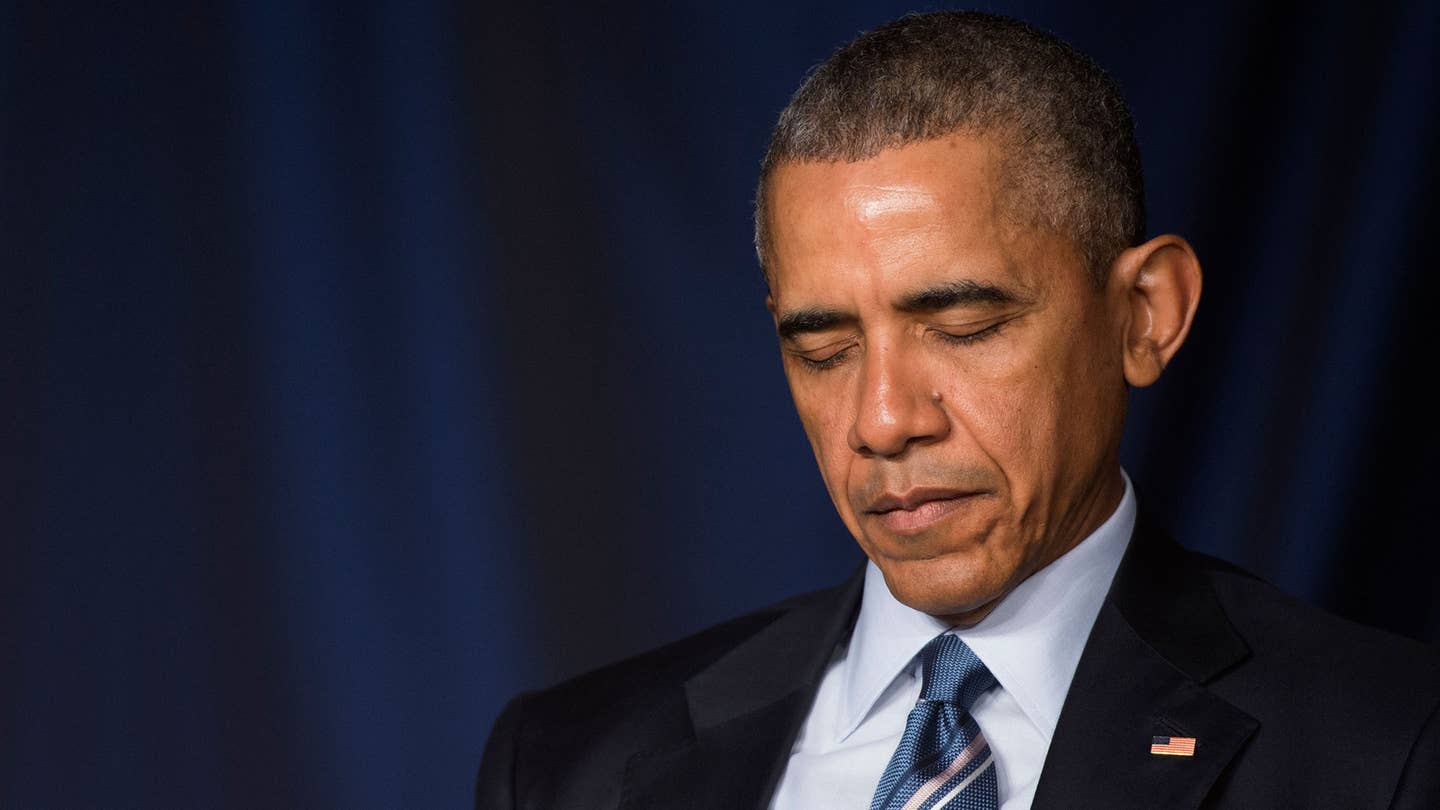 Survey the Great American Roadscape in 2016 and you’ll observe—in the indelible words of Donald H. Rumsfeld—some remarkable “known knowns.” One, gasoline is stupid-cheap. Two, decades of neglect have rendered bridges, overpasses and other critical bits of infrastructure into peanut brittle. Three, Tesla’s Supercharger network, hydrogen fueling stations and other signs of pinko-commie derring-do are being financed largely by the private companies whose vehicles would use them. In laying out his 21st Century Clean Transportation roadmap on Feb. 4, President Obama is seeking to bridge the gap between good intentions and good works.

To that we say, bully for you, Mr. President. And go back to the abacus tables pronto. And maybe the Articles of Confederation, too.

The centerpiece of the proposal is a $10 per barrel fee (the plan strenuously avoids calling it a tax) levied on oil companies. The proceeds would be applied across all transportation platforms—road, rail, airway and shipping lane—to bring America’s moving parts into greater balance with earth and its aversion to immolated dinosaur blood. Beneficiaries would include local governments receptive to the federal government “shifting” how they “plan, design and implement new projects.”

And it throws a sop to the tech bros, too. A stated $2 billion would be earmarked for the rollout of self-driving pilot programs, which would defray some of automakers’ spiraling R&D costs.

To its credit, the plan finds an oblique way to exploit severely depressed oil prices; the political will to raise taxes directly at the pump, as The Atlantic and others have noted, simply does not exist. But that’s also where the plan loses the plot.

Since before taking office, President Obama has been strident in his demands to address sources of greenhouse gas-producing emissions, wan fuel-economy gains by the auto industry and a depleted Highway Trust Fund. The manipulation of historically low oil prices would seem his most expedient—and politically savvy—way to replenish various kitties and spur innovation in the soot-stained transportation sector. But his plan presumes the depressed barrel lasts for at least five years. Indeed, the $10 charge would be phased in over that period, not reaching a full Hamilton until 2021 (not accounting for inflation). This presumably does the oil companies—generous political donors that they are on both left and right sides of the aisle—a solid, and avoids scaring them too much. As The Drive has said, a commodity whose price can swing grotesquely based on the movement of Toyota Hiluxes in Mesopotamia is tough to place bets on.

Here’s the other bit that doesn’t quite pencil. According to the U.S. Energy Administration, the U.S. consumes roughly 7 billion barrels annually, out of an annual global supply of 35 billion. Multiply each of those by $10 and you have a very tidy $70 billion flowing Washington-ward in 2021 to be distributed. The White House says its plan would bring as much as $32 billion annually into its coffers. Whither that bigger wad of cash?

But the greatest ding against the plan, as presented, is how thinly those billions will be spread on the ground. Remember Boston’s Big Dig? For all its cost overruns and political boondoggles, the most expensive highway project in US history has bought Boston perhaps decades of (relatively) unclogged arteries. The bill for the 16-year project came to $24 billion. Now let’s think of that aforementioned $32 billion being spread from Acadia to Alaska. It’s a quick way to make $32 billion look like pocket lint.

The Drive is on record saying we don’t know when gas prices will go back up. We don’t know whether a Republican-led Congress would laugh the proposal off the Hill. We do, however, know fuzzy math when we see it, and the 21st Century Clean Transportation plan would surely benefit from tighter scrutiny—and maybe the efforts of a TI-80-wielding Pre-Calc high school student.