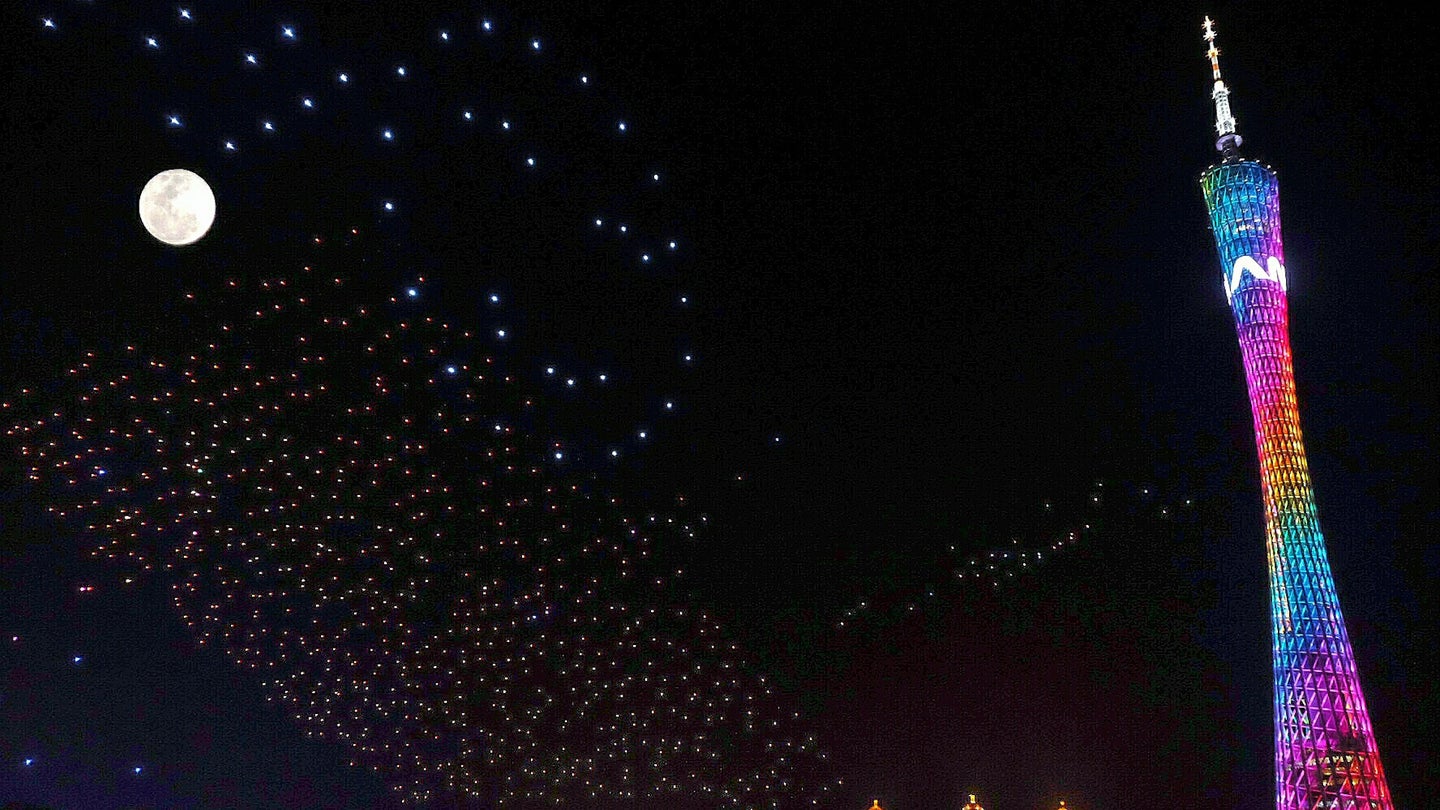 To celebrate the Chinese New Year last Friday, the city of Xi’an in China’s northwest province of Shaanxi orchestrated a drone light show featuring 300 unmanned aerial vehicles. The synchronized drones, fitted with LEDs, formed various shapes relevant to the holiday while flying in formation. According to CCTV+, the performance was synched to various New Year’s music from the area and went swimmingly despite the pouring rain.

Heading this celebratory light show was Xiong Yifang, who was responsible for programming the UAVs to fly in formation. “The entire drone performance was controlled by a single computer. We had programmed them through a software,” he said. In regards to the single-computer claim, we recently saw the same impressive feat accomplished by Intel at CES last month. “The display that features high-tech of the new era represents a brand new way of offering New Year’s greetings,” said Yifang. “By putting on the show in this city of great historical significance, we intended to wish the people of Xi’an as well as the people in the whole nation a happy Chinese New Year in a both innovative and environment-friendly way,” he added.

Let’s take a look at the event, courtesy of CCTV+, shall we?

The formations and caricatures displayed by the UAVs above reportedly include the Chinese God of Wealth, the Chinese character Fu (good luck, fortune, and blessing), Xi (joy) and various other culturally notable concepts. As we've increasingly witnessed in the past few months, drone light shows are a pretty viscerally engaging way to announce or celebrate certain things. For those of you more inclined to celebrate historical, community-based events, as opposed to the home video release of a Hollywood blockbuster, the above video might be for you. It's certainly inspiring, not to mention impressive, to see such a coordinated effort being made using this modern, aerial tool of ours. Happy New Year, China.