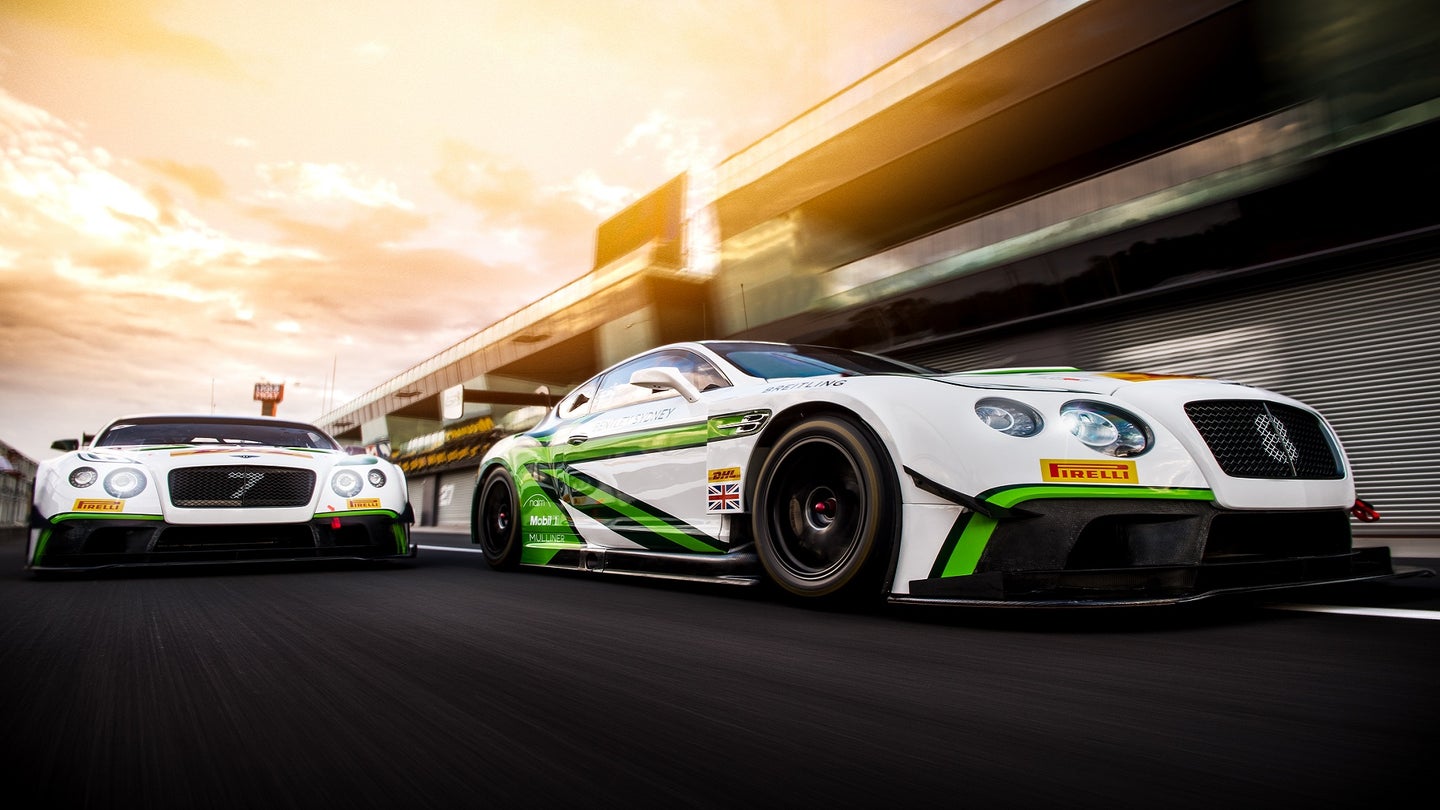 It’s that time of year again my friends. That glorious time when race teams show us all the great stuff they’ve been working on all winter. Last week we were all elbow-deep in the Rolex 24 at Daytona, excited to hear the roar of those cars again. Well, Bentley is ready to kickoff its race season with its entry in the Bathurst 12 Hour race.

The Bentley Team M-Sport season starts with two Continental GT3s lined up for the Australian event. The team is hoping for a third consecutive overall podium at what’s known as one of the world’s toughest long-distance sportscar races. It’s a good warmup before the team heads back to Europe to try to defend its Blancpain GT Series Endurance Cup team title.

Bathurst is so tough because it features very high speeds, steep changes in elevation, and a narrow mountain section that’s just hair-raising. The 23-turn track covers 3.8 miles and features a straight where the GT3 cars can hit speeds of 170 mph. (The track actually turns back to a public road after the event is over.)

Bentley brings back all but one of the six “Bentley Boys” from last year’s race. Drivers Steven Kane (GBR) and Guy Smith (GBR) are looking to make their third podium alongside newcomer Jules Gounon (FRA) in the No. 17 Continental GT3. Then Vincent Abril (FRA), Andy Soucek (ESP), and Maxime Soulet (BEL) will be back in the No. 8 car.

Speaking on the upcoming event Brian Gush, Bentley’s director of motorsport, said, “We’re pleased to once again begin our racing season at Bathurst, which has become a firm favourite amongst the team and drivers since our first appearance there in 2015. It’s also one of the most challenging races we’ll contest this year, and despite our past success here, we always approach it with caution. It’s important to make a good start to 2018, especially given our Intercontinental GT Challenge commitment this year. Another podium would not only represent a great achievement for the team but would also mark out the Continental GT3 as one of the most successful cars in Bathurst 12 Hour history.”

The action kicks off with the first practice sessions Feb. 2.