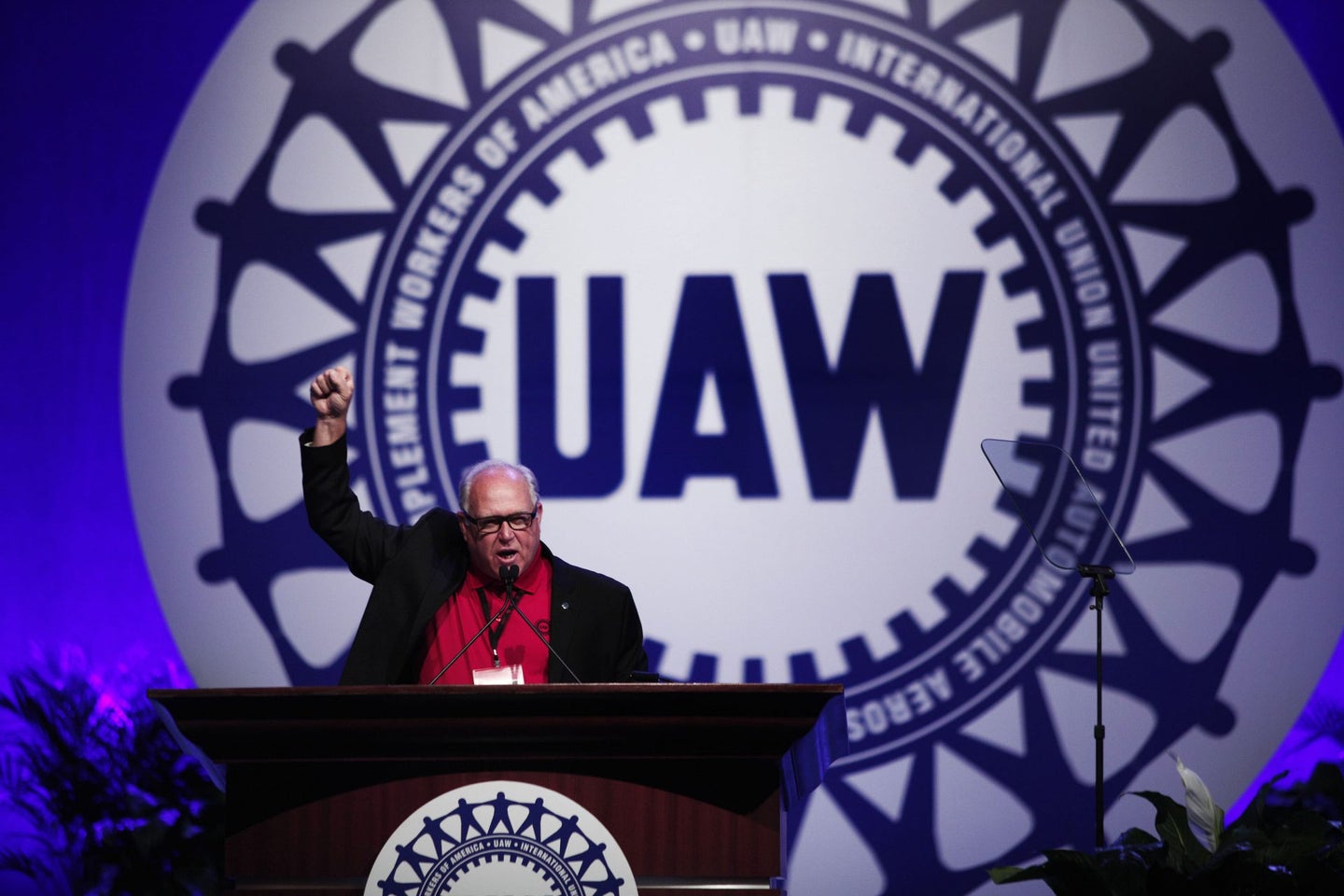 Three Fiat Chrysler workers are reportedly seeking hundreds of millions of dollars in damages from the automaker and the United Auto Workers in a lawsuit stemming from federal allegations that FCA officials paid off union leaders during contract talks.

The FCA employees say they are taking action on behalf of thousands of other dues-paying UAW members in claiming that "potentially hundreds of millions of dollars of their dues paid to the UAW for the purposes of good-faith negotiations have instead been spent on tainted and/or illegal collective bargaining negotiations" by Alphons Iacobelli, a former FCA labor negotiator, and other UAW and FCA officials, the Detroit News reported.

The suit filed in U.S. District Court in Detroit seeks damages for UAW members who worked for FCA from about 2009 to 2015, when a $4.5 million corruption scandal purportedly took place.

The suit follows a statement made last week in a plea agreement by Iacobelli, in which the former FCA vice president said he "knowingly and voluntarily joined a conspiracy in which FCA and FCA executives and FCA employees agree to pay and delivery, and willfully paid and delivered, money and things of value to officers and employees of the UAW," according to another published account.

Iacobelli pleaded guilty to two of seven charges connected to his part in diverting more than $4.5 million in training center funds to company and union leaders.

Contacted by The Drive, a UAW spokesperson declined to comment on the lawsuit, but referenced a letter penned Friday by Dennis Williams in which the UAW president dismissed Iacobelli as a "crook and a liar."

In his written missive, Williams also disputed the notion that the collective bargaining process or union funds had been compromised, saying instead that Iacobelli was looking to line his own pockets.