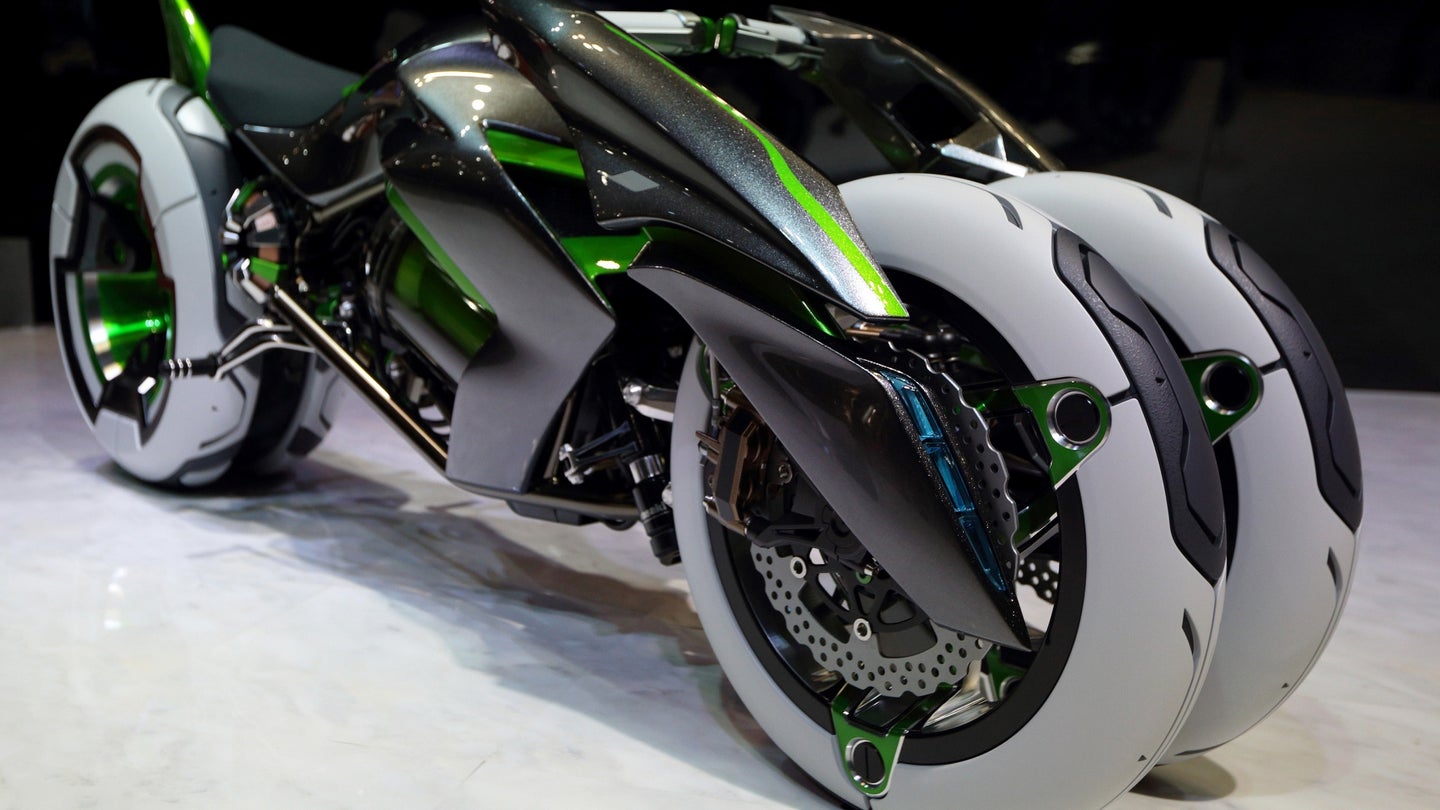 A futuristic concept vehicle that debuted at the Tokyo Motor Show way back in 2013 has just resurfaced in two new videos. It’s a three-wheeler called the Kawasaki Concept J, but you might recognize it as the Tron Light Cycle.

While it has no affiliation with Tron, we can’t help but think the Light Cycle had at least a little bit of influence in the Concept J’s design, especially in the rear wheel. It has two wheels in front and one in back, kind of like the all-new Yamaha Niken which was unveiled at EICMA in November. However, the Concept J is a very different bike.

It’s a shapeshifter that can transform into completely different riding positions. The riding modes demonstrated in the video below are an upright “Comfort” mode and an aggressive “Sport” mode. The rear angle, step position, and handle position can all change on the fly to create two different riding experiences.

The Kawasaki Concept J has two separate handlebars, one for each of the front wheels. According to the video, it has an Iron Man-like head-up display in lieu of a traditional gauge cluster. The bike can read road conditions and change riding modes accordingly. It’s presumably electric as we can’t see any gas engine or exhaust system on this concept. There’s a big glowing green tube in the middle of the bike; perhaps that’s the battery?

We reached out to Kawasaki to learn more about the updated Concept J and haven’t heard back. Could this be a hint about an upcoming three-wheel production model? Will we see a new Concept J in the flesh sometime soon? We don’t know yet, but either way, we’re excited for whatever Kawasaki has in store for the future.