BMW Kicks Off Pre-Production of the X7

The luxury carmaker is bringing its highly anticipated flagship SUV to fruition. 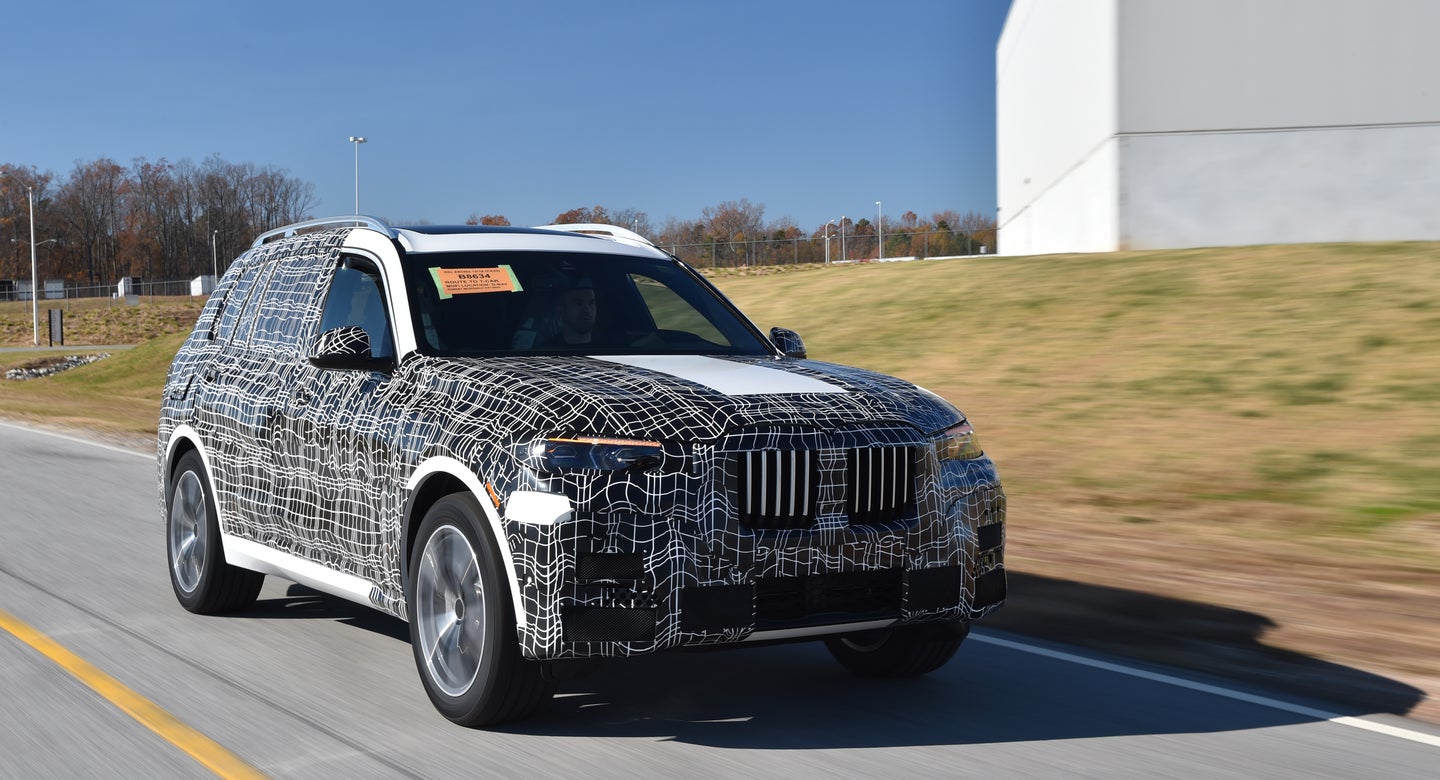 BMW confirmed the X7 was on its way in 2014. Fast forward three years and we now have our first official glimpse of the long-awaited seven-seater. In September of this year, the new full-size SUV model was previewed in concept form at the Frankfurt Motor Show. Pre-production is finally underway with several prototypes having rolled off the assembly line. Each will undergo a series of tests to put the car through its paces.

Unlike some manufacturers, BMW opted not to offer a stretched version of a current crossover from its lineup. Instead, its largest SUV to date will compete with the likes of the Mercedes-Benz GLS-Class and Lexus LX 570. Unlike the competition, however, it is rumored to be offered with 12 cylinders under the hood. The engine option is likely to be sourced from Rolls-Royce for which BMW currently produces the N74 V12. It is also plausible that the upcoming Rolls-Royce SUV will share its platform with the X7.

To say that this car will be massive is an understatement. The three-row SUV will fill the only remaining gap left in BMW's SUV line. Earlier this year, BMW added the subcompact X2 crossover to its roster. The production model X7 is still a year out but expect plenty of spy shots until then.