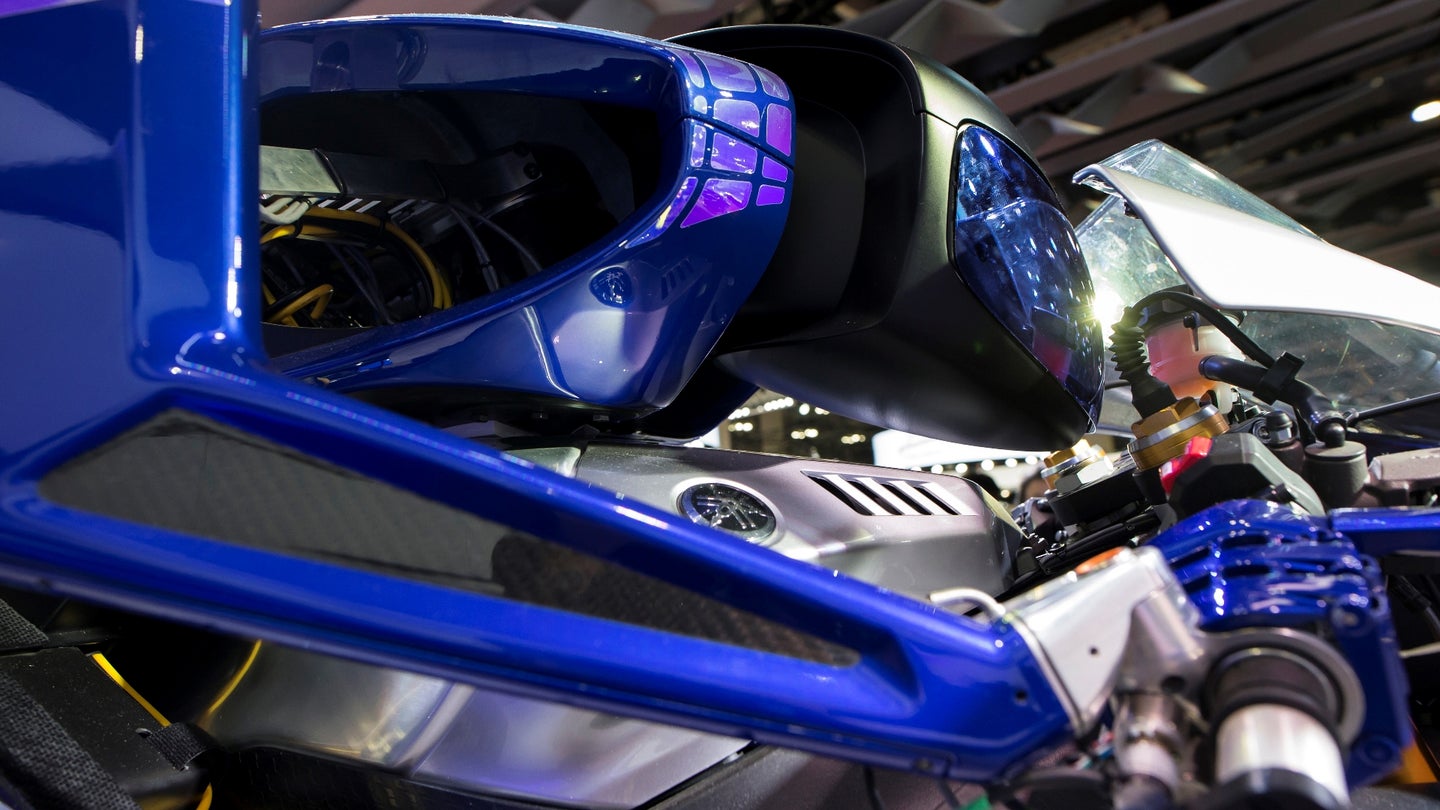 Yamaha makes just about everything powered by engines except for cars (although they’ve built car engines in the past). The Japanese brand makes everything from motorcycles to pressure washers and it’s getting more into growing tech fields like robotics and drones. Yamaha has some big plans for the annual International Consumer Electronics Show coming up in Las Vegas in January, let’s take a look at what we can expect to see.

With a goofy name that’s not to be confused with the Nintendo video game series, Yamaha’s MOTOROiD is a motorcycle with artificial intelligence. We don’t hear a lot about autonomy in motorcycles like we do with cars, but Yamaha is becoming one of the biggest players in autonomous motorcycle tech. MOTOROiD can interact with the rider by reading your biometrics and movements. The idea is that if it senses your about to fall, it can correct your movements and safely prop you back up. It’s still very much in a concept phase and we’re looking forward to seeing any technology from MOTOROiD make it to a production bike.

Here’s a different take on motorcycle autonomy that’s a little more exciting than MOTOROiD. MOTOBOT is an autonomous race bike complete with a humanoid robot riding the bike serving as a place to store the hardware that makes it autonomous. It has the ability to exceed 200 kph (124 mph) and it can whip around a racetrack all by itself. Back in October, we reported on MOTOBOT’s attempt to beat living legend Valentino Rossi in a virtual race on a real race track, but the human seven-time MotoGP champion beat the robot’s lap time by a significant 31.764 seconds. Despite being beaten so badly, MOTOBOT is a pretty darn impressive machine. How many of you human riders can fall short of Rossi’s lap time by only 31 seconds? We reached out to Yamaha asking if any updates have been made since then and Yamaha confirmed this is the same Version 2 bot that raced Rossi with no significant changes made since the big race.

This little thing is like an autonomous golf cart. Intended for low speeds and short distances, 06GEN is “envisaged for use in environments shared with pedestrians covering a few kilometers,” providing “safe, comfortable and convenient on-demand low-speed mobility autonomously,” according to a press release.

Yamaha already makes all kinds of industrial robots and now it’s getting into the farm equipment game. The YMR-01 industrial drone has six rotor axes, two of which use vertical coaxial rotors making for a total of eight rotors. This is “to create ideal downward air currents regardless of travel direction.” It can spray farm fields with nozzles near the coaxial axes.

For a more precise spraying robot, the FAZER R offers all the features of existing unmanned helicopters plus a “Turn Assistance” feature. “The new technology realizes improved controllability and spraying performance by turning to maintain fixed spacing for spraying, holding evenly spaced flying paths, and maintaining flying speed,” says the press release. “Operated simply by turning the spraying switch on or off, this new function achieves improved spraying accuracy without relying on the operator’s flying skill."

From autonomous motorcycles to an autonomous golf cart to farm drones, Yamaha’s display at CES will be a nice snapshot of the diversity of the brand and what it’s capable of.