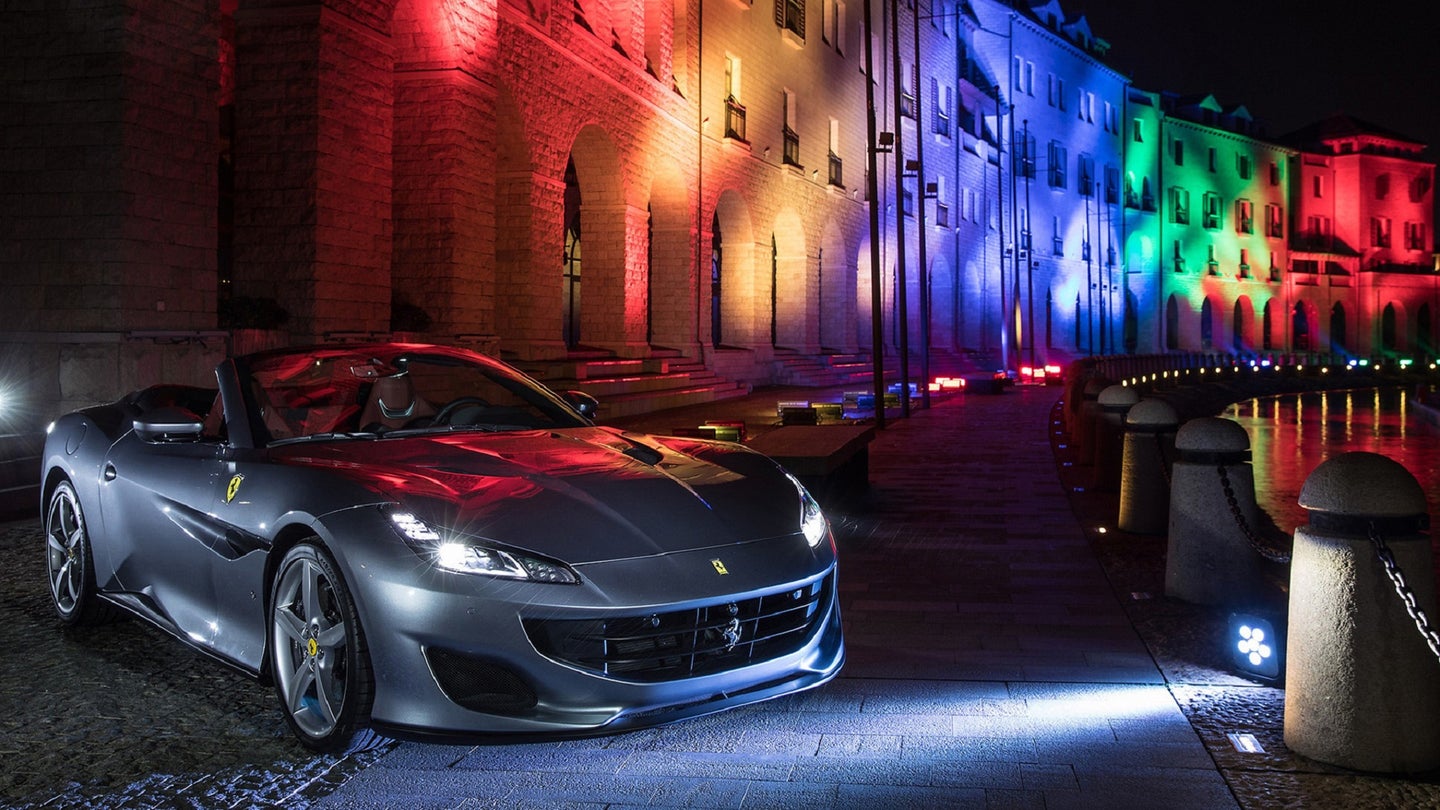 When Ferrari shut down California T production it put the world on notice that the new Portofino was just around the corner. Earlier this week, the new grand touring vehicle Ferrari first unveiled in Frankfurt this September was officially launched in China.

The California T was named for the West Coast vibe, with sunny skies and winding roads. The hard-top convertible was made to be put down, allowing drivers to soak up the sunshine during their daytime cruises. The Portofino is also named for a location, the charming port and tourist town in Northwestern Italy. It played on this theme during its Chinese introduction, choosing the city of Nansha for the event. Nansha is within the Pearl River Delta, a region known as Southern China’s finest nautical leisure and recreation destination. It seems very Miami to me, with neon lights illuminating buildings along the coastline.

Ferrari has done very well in China during the last few years. A rising upper middle class has a voracious appetite for the iconic vehicles. The California T sold especially well in China. Ferrari hopes this improved version will do even better. The Portofino features a bit more punch from a larger V8 capable of taking the car from zero to 62 mph in just 3.5 seconds. Also, for the first time ever on this type of Ferrari model, there’s an electronic rear differential fully integrated with the F1-Trac traction control to improve both mechanical grip and the control of the car at the limit.

Speaking on the Portofino’s Chinese launch Matteo Torre, president and CEO of Ferrari Greater China, said, “The Ferrari Portofino strikes a perfect balance between performance and versatility. It is designed for daily driving and effortlessly converts from an authentic berlinetta coupé into a drop-top in just 14 seconds, capable of delivering a unique Ferrari soundtrack and superb driving pleasure even in day-to-day situations. Replacing California T, the new member of the Cavallino Rampante family is set to become a new dream car for Ferrari owners and fans.”