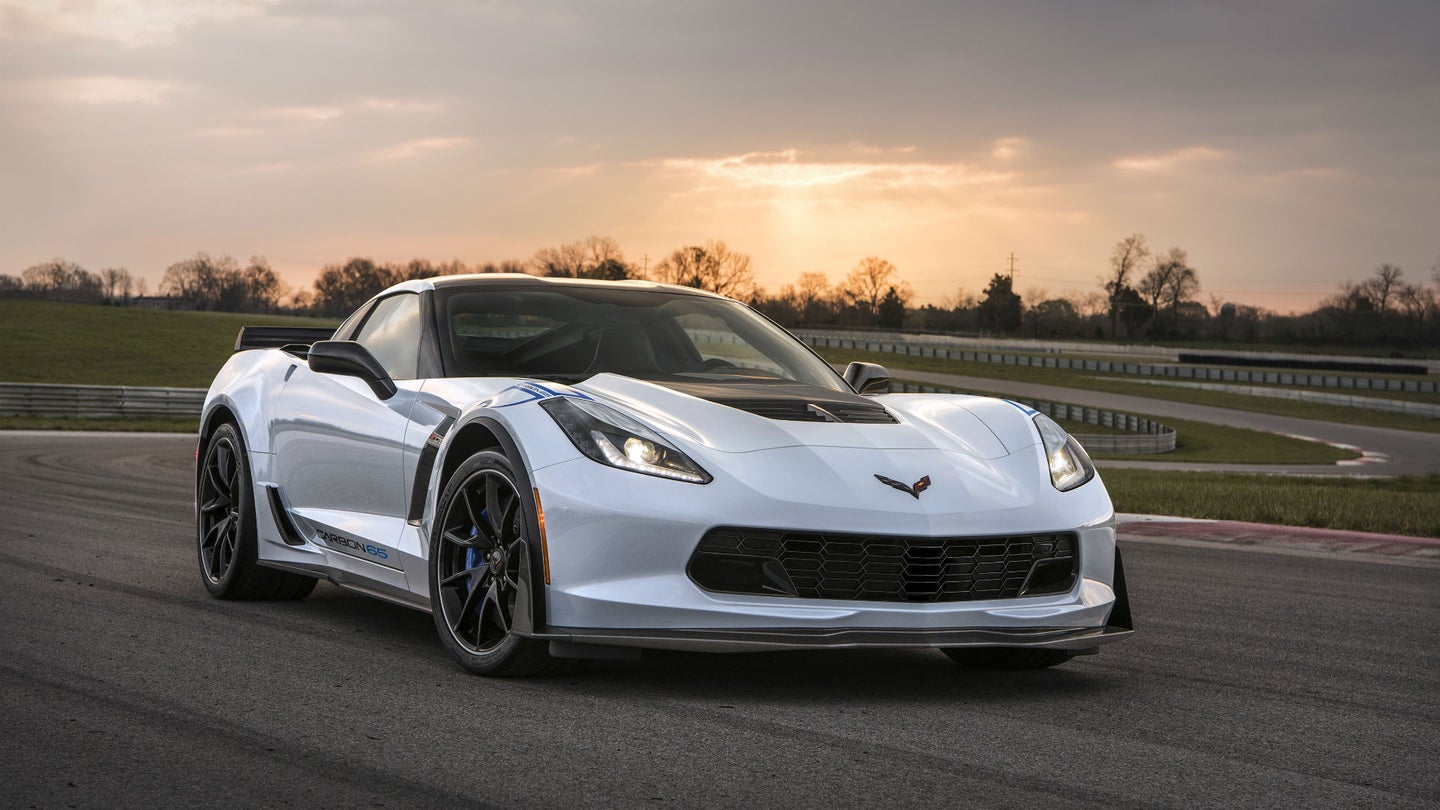 Chevrolet announced Thursday that it is partnering with the George W. Bush Presidential Center to auction off the first Corvette Carbon 65 Edition. The car was driven a few months ago by former President Bush, who also signed the steering wheel. The auction will go live on Barrett-Jackson January 20, 2018, in Scottsdale, Arizona, and every penny will go to charity.

The money is specifically being used to support the George W. Bush Military Service Initiative, created by the Bush Center to aid veterans in the hard transition back to civilian life. General Motors is already doing its part by employing more than 6,000 veterans at its company, but it is happy to go above and beyond to support those who made the ultimate sacrifice.

Just 650 Corvette Carbon 65 Edition coupes and convertibles will be produced to commemorate the 'Vette's 65th anniversary. The package is available on the Grand Sport 3LT and Z06 3LZ trims, featuring a unique Ceramic Matrix Gray paint job and distinct decals on the fenders and doors. The Z06 and Grand Sport get different wheels, but both are painted black and display blue brake calipers. The interior gets Competition bucket seats and a Jet Black suede interior with blue accents.

As the name implies, the Carbon 65 features carbon fiber on just about every surface, designed to imitate the ridiculous C7.R race car. "Carbon Edition" badges can be found on the door sills, center console, and wheel center caps.

If you want to bid on this limited-edition Chevy sports car, more information about the auction can be found here.