Who Deserves A Long-Term Quality Award? You Do!

Every manufacturer and their pet publication promotes a quality award these days. So why not give an award to those who make the real difference, the owners? 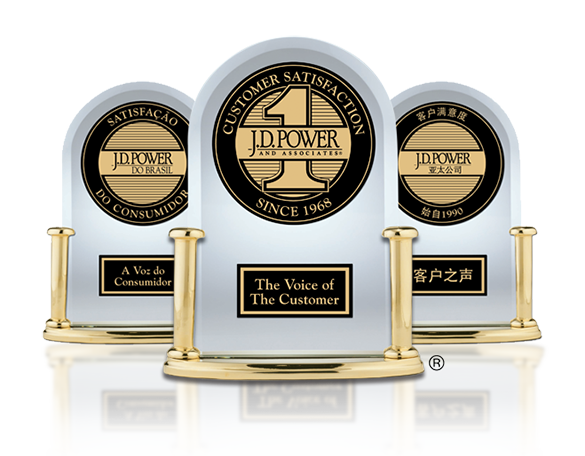 JD Power now offers over forty of them. Consumer Reports? They give solid quality ratings and rubber stamps of approval to cars that can’t even make it out of the assembly line.

These quality awards are all done for one reason. Money. Not for you, the enthusiast, and definitely not for the oblivious car shopper who is forking over a big chunk of their savings on the belief that these awards are worth a flip. But for the automaker and their media partner, who frankly use these awards as a glorified marketing campaign to make oblivious consumers buy those cars.

I have probably bought thousands of vehicles myself and sold well over a hundred thousand cars as an auto auctioneer here in Atlanta, and my conclusion when it comes to the long-term quality question is pretty simple.

It’s not the car that makes the difference in most cases, it’s the driver.

Some cars are true rolling basket cases. The most recent generation of the Ford Focus with the dual-clutch automatic from hell. Any Pathfinder, Frontier, or Xterra made between 2005 and 2007 with an automatic transmission. And of course, anything that Patrick George drives on a daily basis.

For the overwhelming majority of cars, it’s the prior owner who makes the real difference. How they maintain it. How they drive it. And most importantly, how they take care of the little problems before they become big problems. We have looked at over 1.6 million vehicles at the Long-Term Quality Index, and to be brutally blunt, the differences in quality aren’t as stark as they once were.

So instead of giving awards to automakers, we’re going to be giving them to individuals who best embody the virtues of a quality owner.

This does not have to be someone who drives their vehicle a bazillion miles for decades on end. Those stories have already been told and to be frank with you, they’re boring. We’re going looking at folks who are helpful, humorous, and just happen to be good stewards of their rides.

Here’s an example of an Acura owner, Tyson Hugie, who best fits this mode. If you go to his site, you’ll probably have your eyebrows fly right off your head. He is to the Acura brand to what Michael Jordan was to Nike back when Air Jordans were cool.

And here’s another one from Chevy. This guy is a true classic example.

If you would like to recommend anyone, ANYONE AT ALL for this award, PLEASE OFFER A COMMENT OR TWO BELOW. We’re looking at each single brand and any owner, dead or alive. In fact, we just found a crazy guy who owned a 1950s Cadillac taxi for 30 years who changed his oil every week. That wouldn’t help the average Cadillac Catera owner who has a rolling money pit under their hood, but it’s a hell of a good start.

We want weirdos! Feel free to nominate one!