Ryder will add 125 electric vans to its rental fleet before the end of the year. 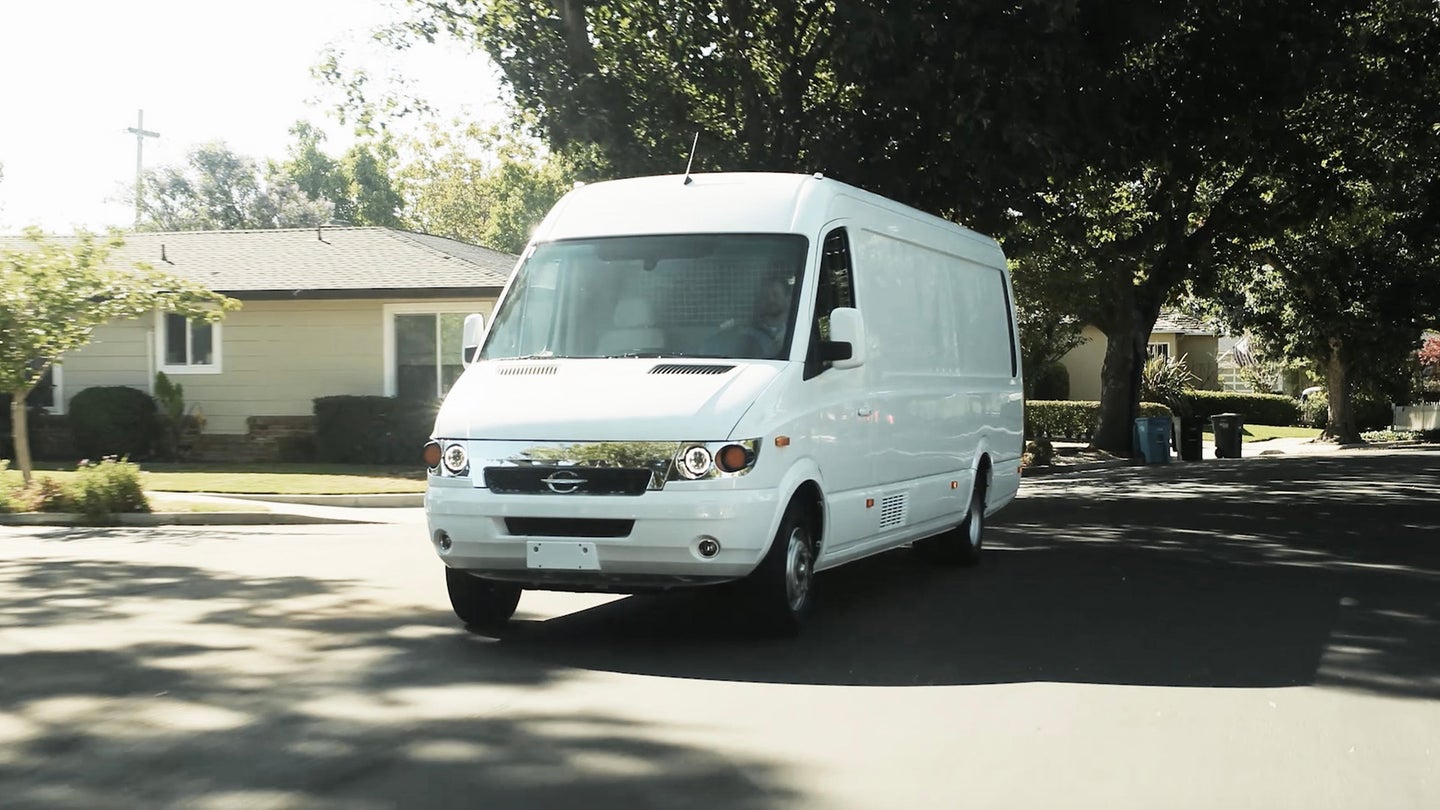 California-based startup Chanje (pronounced "change") is set to deliver its first electric vans to Ryder, which will add them to its massive rental fleet. The two companies announced a deal in August that will make Ryder the main U.S. distributor for the startup's vehicles.

Ryder has ordered 125 electric cars from Chanje. It will make the vans available for rental in New York, California, and Illinois before the end of the year, meaning they will be among the first Chanje vehicles to hit U.S. roads.

The Chanje V8070 is a medium-duty commercial van, with a payload capacity of 6,000 pounds and 580 cubic feet of cargo space. Chanje estimates an average range of 100 miles from the 76-kilowatt-hour lithium-ion battery pack in everyday driving. Chanje is working with eMotorWerks to install 240-volt Level 2 AC charging stations at Ryder facilities so the vehicles will have a place to charge.

While it is based in California, Chanje has close ties to Hong Kong-based FDG Electric Vehicles Limited. The peculiar spelling of "Chanje" is actually a nod to FDG's Chinese Changjiang brand. Chanje leaned on FDG's engineering resources to help design its van, while simultaneously partnering with Ryder on U.S. distribution. Ryder will essentially act as a middleman, leasing or renting

The first vans will be imported from China, but Chanje hopes to eventually establish a U.S. manufacturing base. The company is looking to repurpose an existing factory, preferably near a port or other shipping hub. In August, Chanje vice president James Chen said Los Angeles was high on the company's list of potential locations.

In the U.S., Chanje may be able to find a niche in the commercial vehicle sector, as most companies seem to be focusing on larger electric commercial vehicles. But that may change (no pun intended) if Mercedes-Benz decides to bring its upcoming electric Sprinter van here, if the electric vans Ford is developing with DHL in Germany are exported.