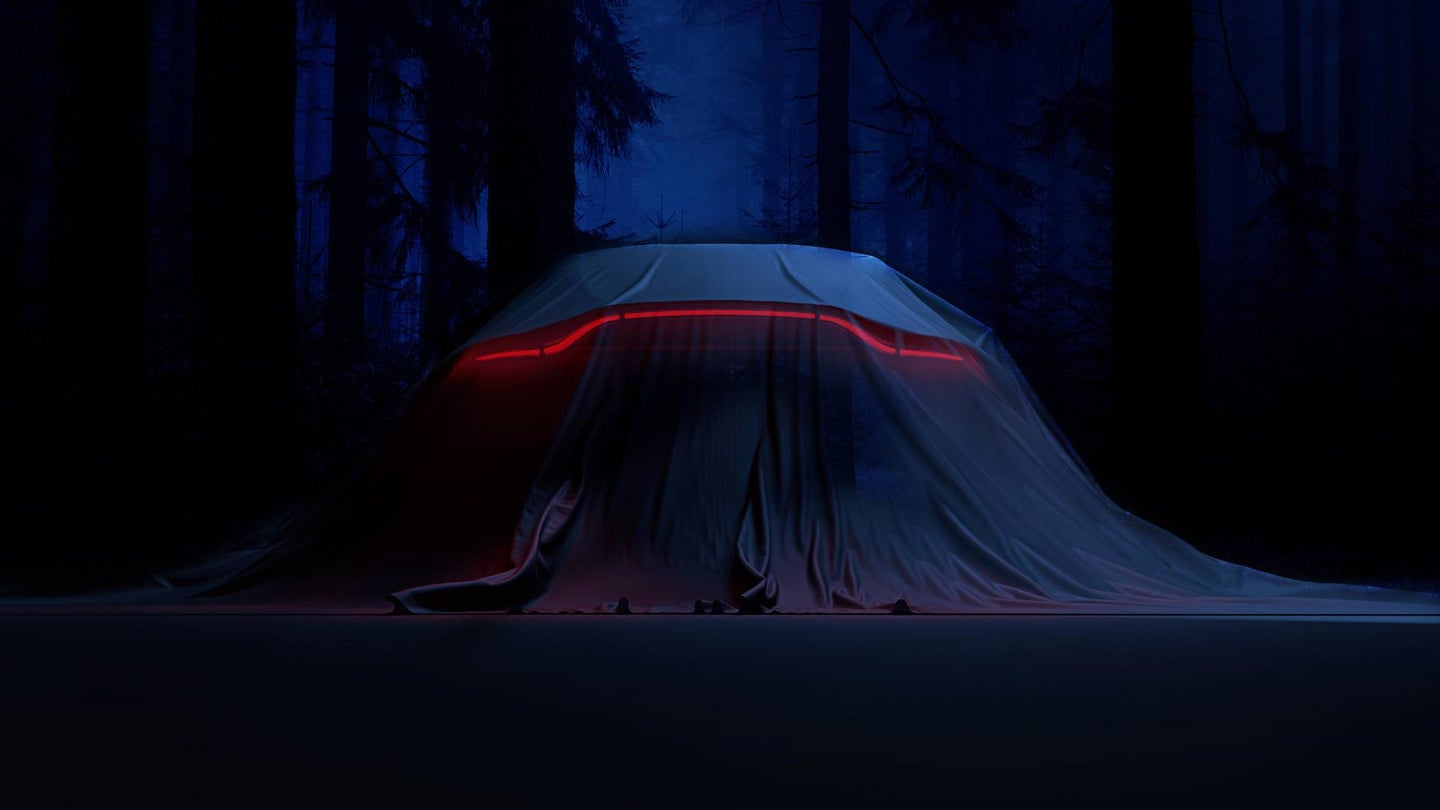 Ahead of its official London unveil scheduled for Nov. 21, Aston Martin has released a teaser of the new Vantage. While poorly lit shots of cars under silk sheets usually don't reveal very much, luckily for us, somebody left this Aston's lights on—giving us a look at the next-generation Vantage's taillight signature.

As seen in the Bugatti Chiron, various recent Porsche products, the new Audi A7, and even Lexus concepts, the new Vantage will apparently sport a single, horizontal bar taillight treatment. The design perfectly corroborates with and confirms the patents discovered back in June, right down to the gaps in the light where the trunk meets with the rest of the body.

The new Vantage is expected to get the same Mercedes-AMG V8 recently made available in the firm's DB11 grand tourer. With two turbos and four liters of displacement, it produces 503 horsepower and 513 lb-ft of torque in the DB11 application.

While primarily seen as a Porsche 911-fighter (what sports car isn't these days?), we're more intrigued by how the Vantage compares to the Mercedes-AMG GT. With a similar, if not nearly identical, engine and the same front-engine-rear-drive layout, it'll be interesting to see how Aston's chassis and suspension tuning dynamically sets the new Vantage apart from its distant, Affalterbach step-cousin.