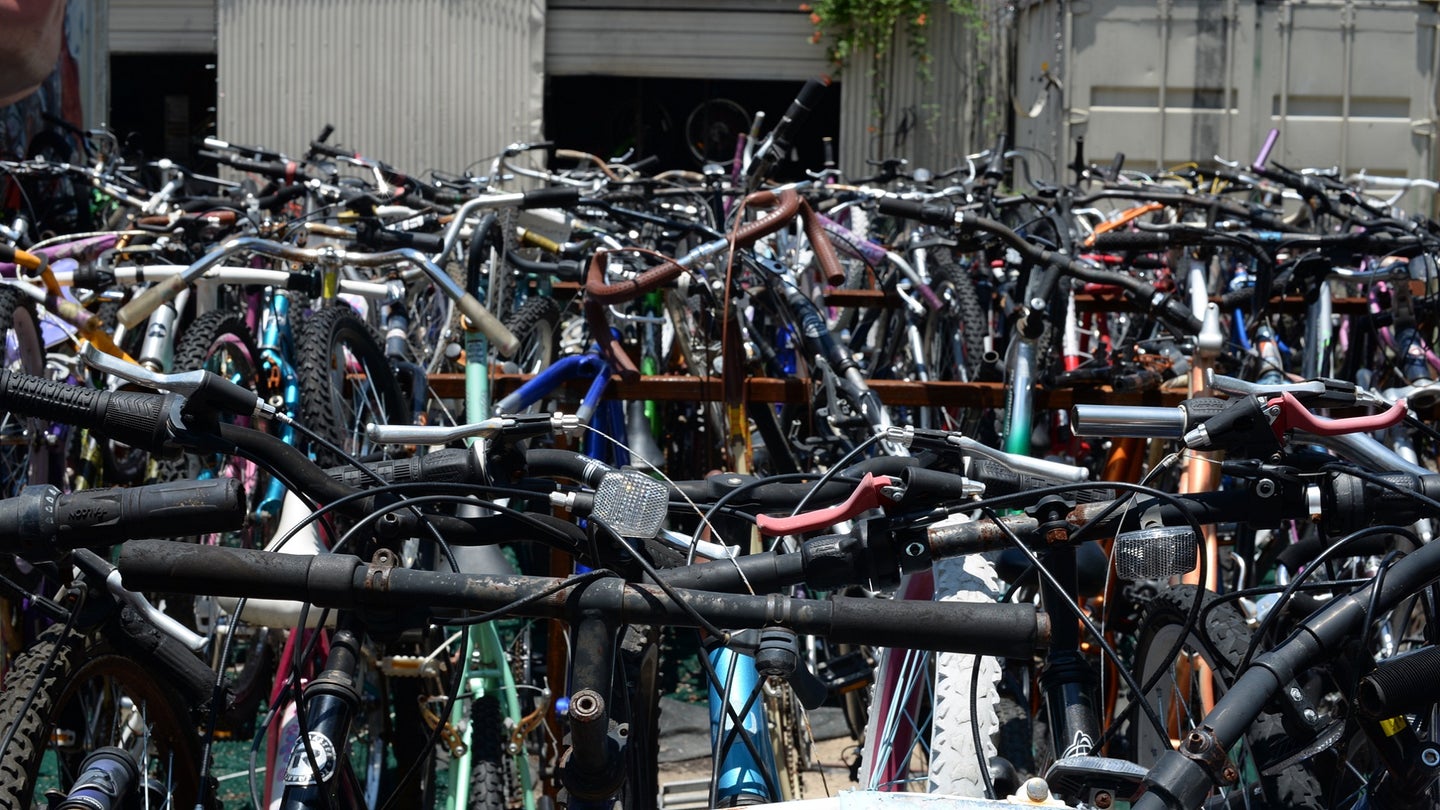 Texas is still reeling from Hurricane Harvey. Among other problems, half a million or more cars may have been destroyed in the widespread flooding.

As insurance companies are swamped with claims and replacement cars can't make their way to Houston quickly enough, bicycles have taken the place of cars for some, both because they are available and because they can navigate obstructed roads that cars can't.

Carter Stern, executive director of Houston Bike Share, has gone beyond his bicycle sharing service and established Keep Houston Rolling, an organization seeking to collect donated bicycles and equipment to give to people in need.

“I think after the initial shock wears off, there are going to be a lot of people who have been relocated, who lost a vehicle and can’t afford a new one, who work by the hour or need to get around and aren’t going to be able to,” Stern told Fast Company. “While many of us might be back in our homes or got a new car, there’s going to be a significant portion of the population for whom transportation is going to be a serious problem for a long time.”

So far bicycle manufacturers Trek and Giant have pledged to donate 400 bikes. Bike Houston, a local bicycle advocacy group, is helping to procure bicycles and people to repair them. Rice Bikes, a similar organization at Rice University, is doing the same, as well as Freewheels, which provides bikes to refugees newly arrived in Houston.

Anyone interested in receiving a bike from Keep Houston Rolling can fill out a simple application and explain why they need one. While Stern does not expect bicycles to replace cars in the long term, he does think that this experience could help some see bicycles as practical transportation methods rather than toys.