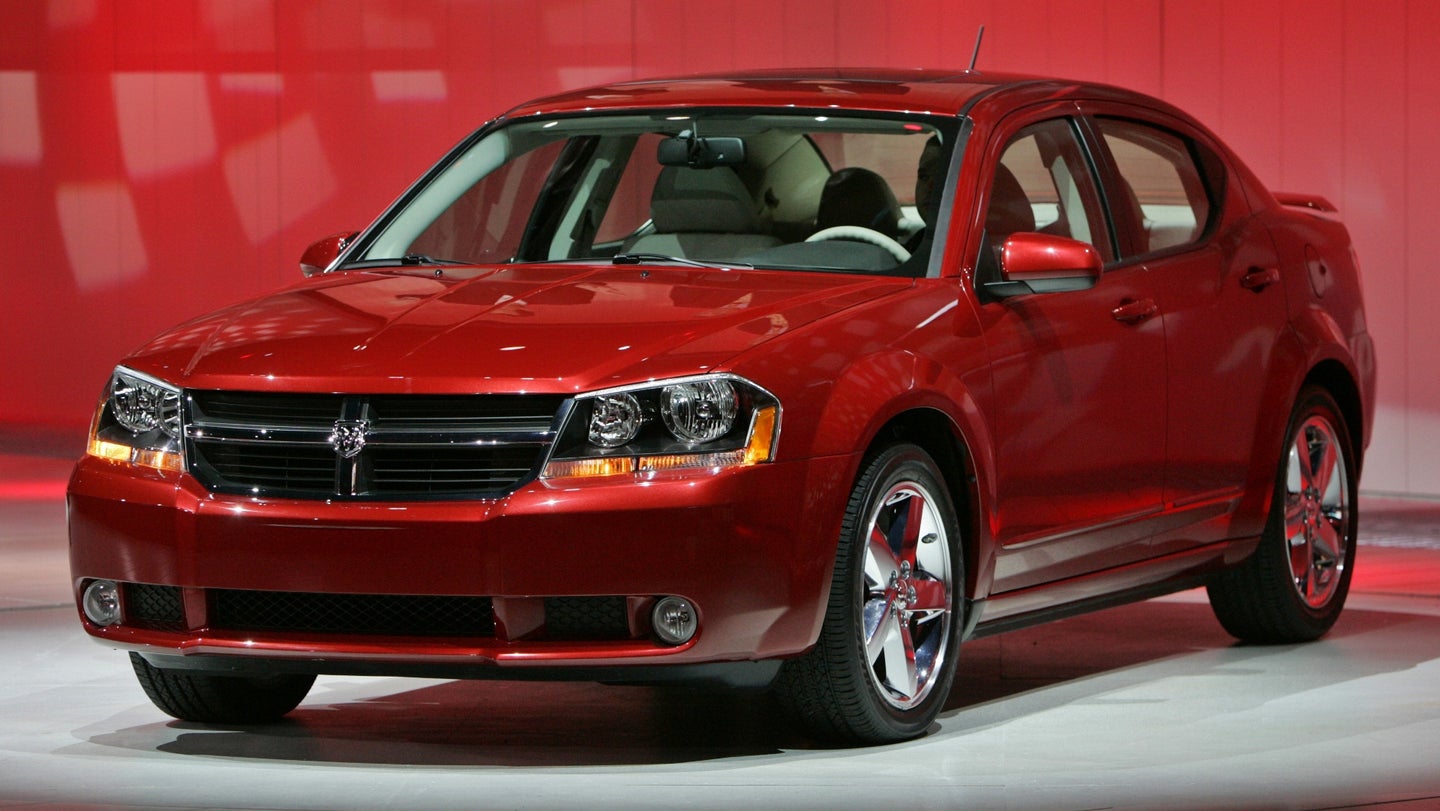 Due to some inventory weirdness and some sales that never actually went through, it looks like there are still 10 brand new, never-owned 2014 Dodge Avenger sedans somewhere out there on American dealer lots according to Automotive News.

Introduced for the 2008 model year and mercy killed early in 2014 to make way for the already dead 2015 Chrysler 200, the Dodge Avenger is building a legacy similar to the Chrysler PT Cruiser. Not necessarily a terrible car in terms of being a car, but also woefully uncompetitive with questionable styling that isn't aging well. Tough competitors coming on the scene late in the Avenger’s life like the second-gen Ford Fusion and ninth-gen Honda Accord made it tough to give anyone a reason to consider Dodge’s midsize sedan which was way behind in terms of comfort, technology, and fuel economy.

After production ended early in 2014, Dodge dealers were tasked with getting rid of over 42,000 Avengers. They did a pretty good job and got that number down to a little over 1,000 in February 2015. They continued going away until finally in December of that year, every Avenger was sold.

But, wait! The Dodge Avenger made a return to FCA sales figures in August of 2016 after launching a new methodology for sales reporting. Apparently, three more Avengers were sold in that month. In the following month, Dodge said they sold two more Avengers and had a remaining inventory of 35 of them. Then in October of 2016, FCA claimed they sold zero new Avengers, but the inventory magically dropped to 12. One more was sold last November and someone, somewhere, for some reason bought a brand spanking new 2014 Dodge Avenger just last month.

The math gets weirder and more complicated if you really dig into it, which you can if you check out the Automotive News report, but the bottom line is; there are still 10 new Dodge Avengers available for purchase in the U.S. if that’s what you really want.

Score one for the losers!