Smog Absorbing Canopies Over Motorways Are Being Considered in the U.K.

The U.K.’s Highways Agency is working with the Dutch Roads Authority on the pollution-fighting tech. 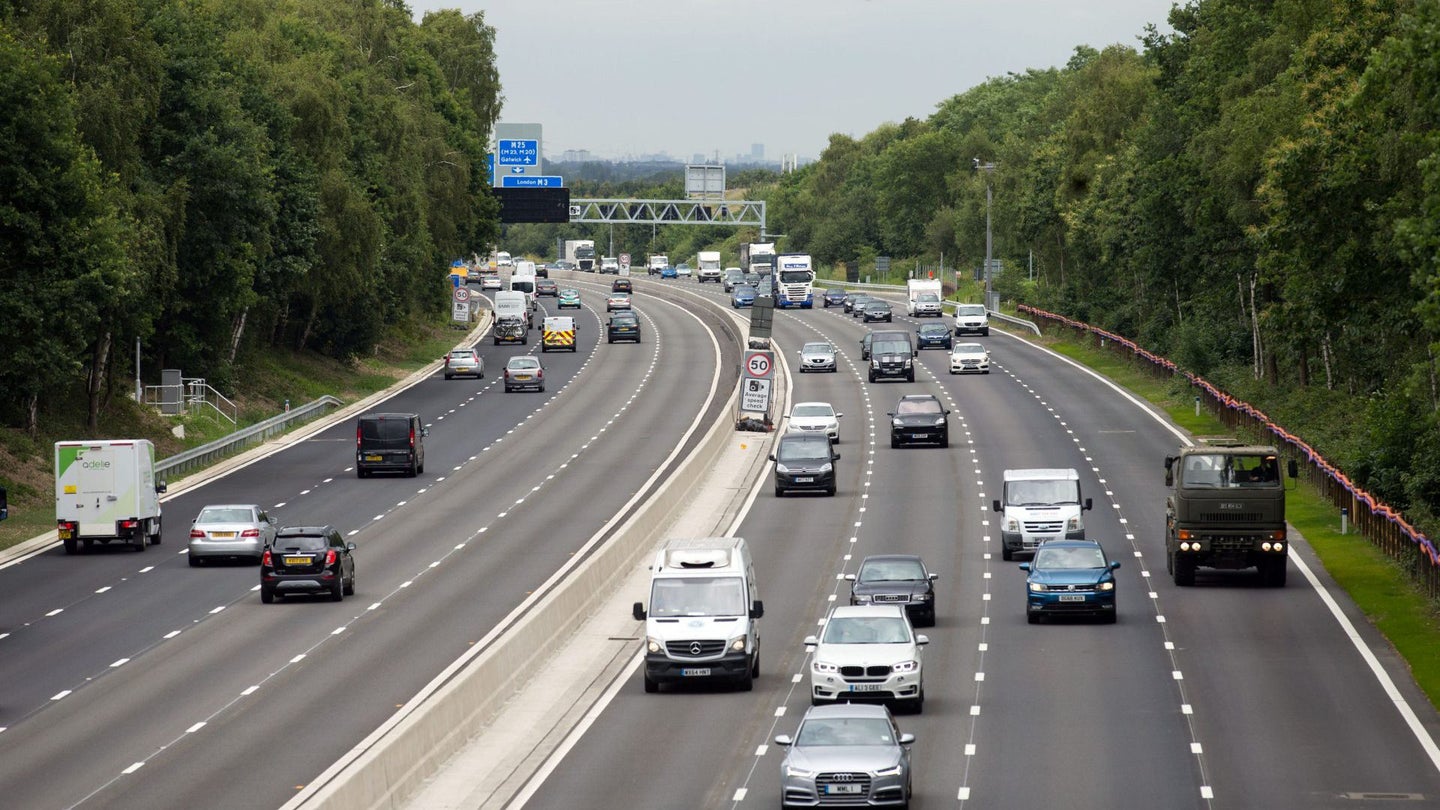 The U.K.'s Highways Agency is currently studying and experimenting with pollution-absorbing canopies placed over the country's motorways in the pursuit of cleaner air—and if recent test results are to be believed, British motorists may just find themselves driving through a lot more tunnels in the future, according to The Guardian.

Reportedly responsible for 40,000 deaths annually in Britain, air pollution already breaches European legal limits in many parts of the country. With traffic volumes projected by the Department of Transport to increase 55 percent over the next couple of decades, it doesn't look like smog levels are slowing down anytime soon. As a result, officials state that millions of pounds are being dumped into new technology that'll hopefully aid in clearing the air in the next five years.

While the agency admits that the best solution to tackling rising emissions amidst increasing traffic is likely lower-emissions vehicles, alternative solutions are being sought out in the meantime. Among those, smog-sucking canopies above the roads.

"We have identified that a cantilever barrier or canopy, which is a tunnel-like structure designed to prevent vehicle emissions, might be a possible solution, though the air quality benefits of this are still to be fully understood," said a Highways Agency spokesman. "We are now working with the Dutch Roads Authority to measure air quality around an existing cantilever barrier on their network."

To date, two types of barriers have been tested: a wood-paneled canopy measuring approximately 13 and 20-feet high and a 10-foot high fence coated in a nitrogen dioxide-absorbing mineral polymer. Installed on a 328-foot stretch of the M28 in Manchester, the tests reportedly proved to be successful, according to Autocar.

India-based Graviky Labs is in the business of repurposing pollution into writing materials. And now you can buy one of their pens.

Smog Is Gross, But it Makes For Oddly Beautiful Pictures