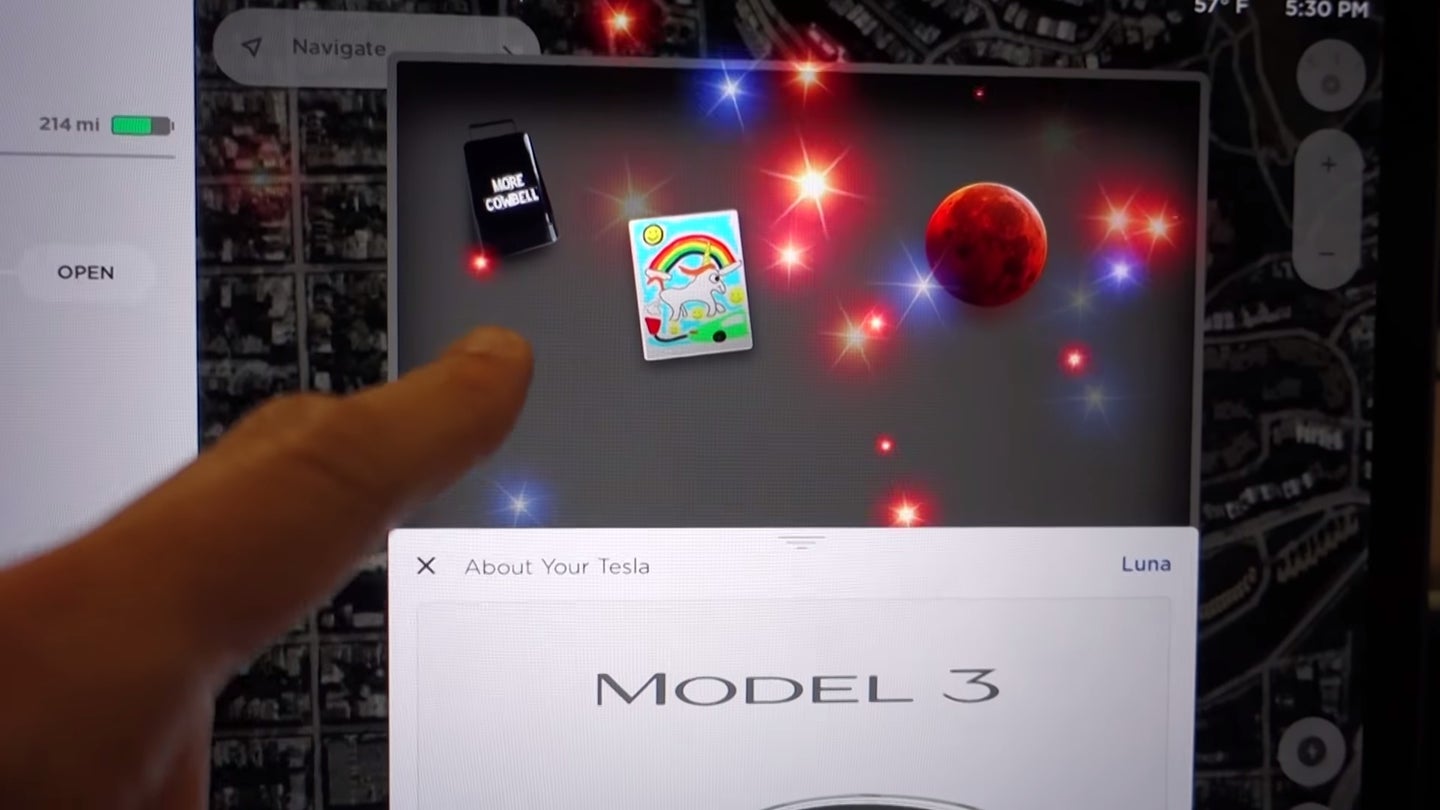 After Tesla's big Model 3 handover party late last week, it didn't take long for driving and ownership impressions to start hitting the world wide web. Thanks to one Steve Jurvetson, we now get to see the Model 3 get its fun on with a video of the Easter eggs found on that giant, 15-inch command center.

As we've seen before, the Model 3's Easter eggs can be accessed by tapping on "About Your Tesla" and waiting a few moments. A fantastically sparkly Easter egg drawer then appears, containing three options: the planet Mars, a cowbell labeled "More Cowbell," and this drawing of a farting unicorn.

Predictably, selecting the Mars icon flies the Model 3's navigation system to the planet Mars, no doubt influenced by the Tesla CEO's other, more extraterrestrial pursuits. Elon's slightly lewd unicorn sketch takes us to the aforementioned doodle screen, where the drawing was originally conceived.

If you're unfamiliar, Jurvetson not only has one of the first Model 3s (the fifth one, to be specific), but also Model X VIN #2 (Elon himself had the first one), and the very first Model S in the world. He also sits on the board at Tesla and SpaceX, which we suspect may have something to do with his Tesla-rific garage.

While Jurvetson didn't show us what was behind the "More Cowbell" option, one can easily assume that it has something to do with cowbells... or SNL.

Is Tesla Preparing to Roll Out its Ride Sharing Program With the Model 3?

New features in the Model 3 hint at Tesla launching its ride sharing program in the near future.