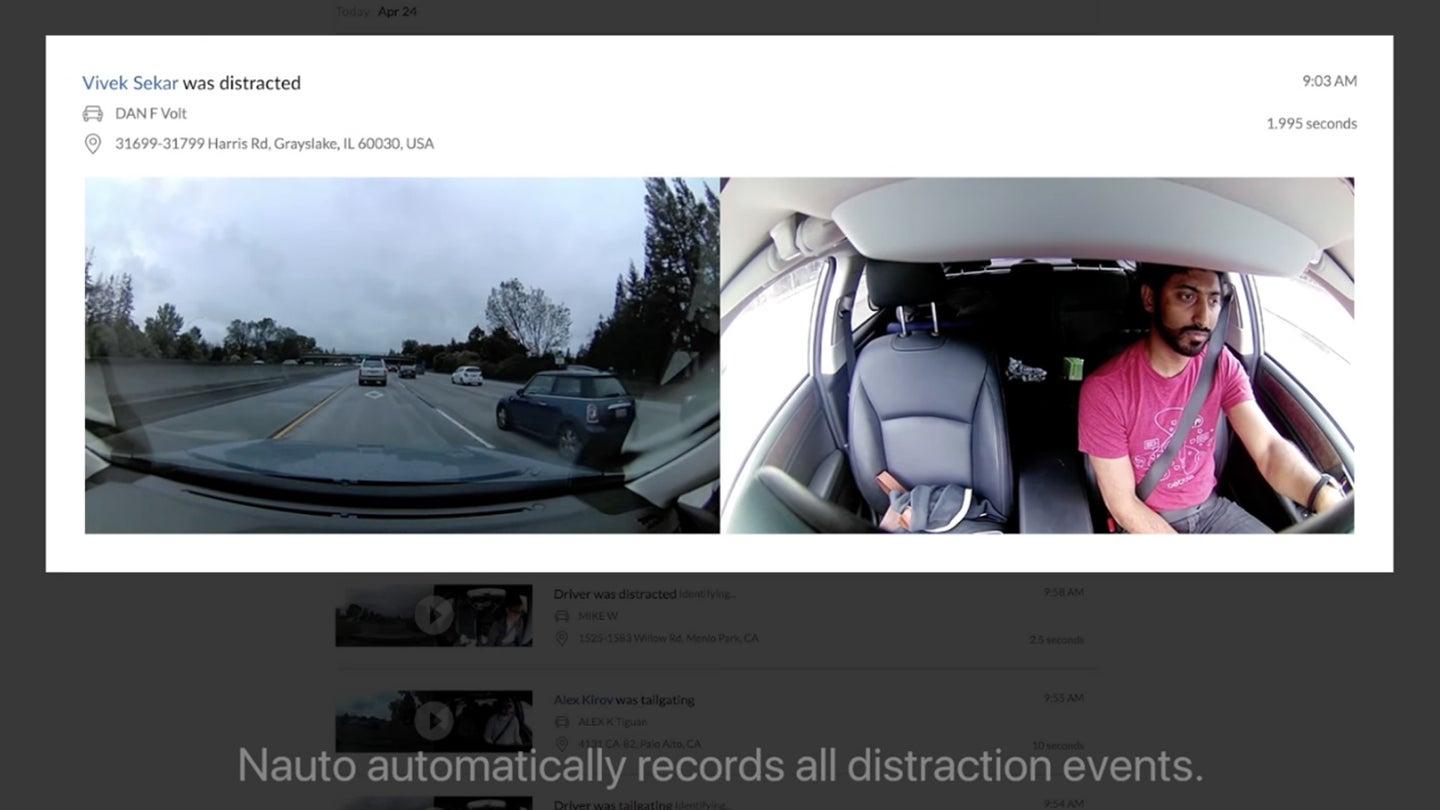 It's not uncommon for auto manufacturers to invest in startups, especially in these days of early autonomy, when the tech is just kicking off. But when multiple manufacturers—in this case, BMW, GM, and Toyota—start investing large chunks of money (to the tune of over $150 million) into the same company, you might want to take a close look at what that company is doing. Such is true with the Palo Alto-based startup called Nauto.

On Wednesday, The Drive touched on a new startup called Lvl5, which is dedicated to bringing mapping to autonomous cars to help them form high definition maps and use neural networks to help self-driving cars navigate through a shared platform. Nauto's platform is focused on something a bit different—the driver. Using a unique dual-camera system similar to what many Uber drivers use, Nauto uses specific detecting algorithms to know what is around it and what the driver is doing in the car at the same time.

In vehicles that Nauto is deployed in right now, it is merely collecting data on drivers. It can tell when you're distracted, fatigued, and just not paying close enough attention to the road. When this happens, the system begins which records the individual and what is going on around them. Watch the video below for an example of what Nauto sees.

The data collected by Nauto will help to create algorithms to teach autonomous cars how to react to a distracted driver. Remember, autonomous driving still requires constant input and monitoring from the driver up until it reaches Level 4. Not paying attention while driving your semi-autonomous vehicle can still result in an accident.

Right now, there is a big battle about how safe autonomous cars really need to be. When it comes to the driver, as well as the people around them, autonomous cars need to reactive predictively to any change in conditions that might cause harm or damage. Using the data collected by Nauto, manufacturers can help to make assisted autonomous driving safer for all.

The Race to Build Autonomous Cars Will Be Costly

Losers stand to spend billions on development, then buying technology from the winners anyway.