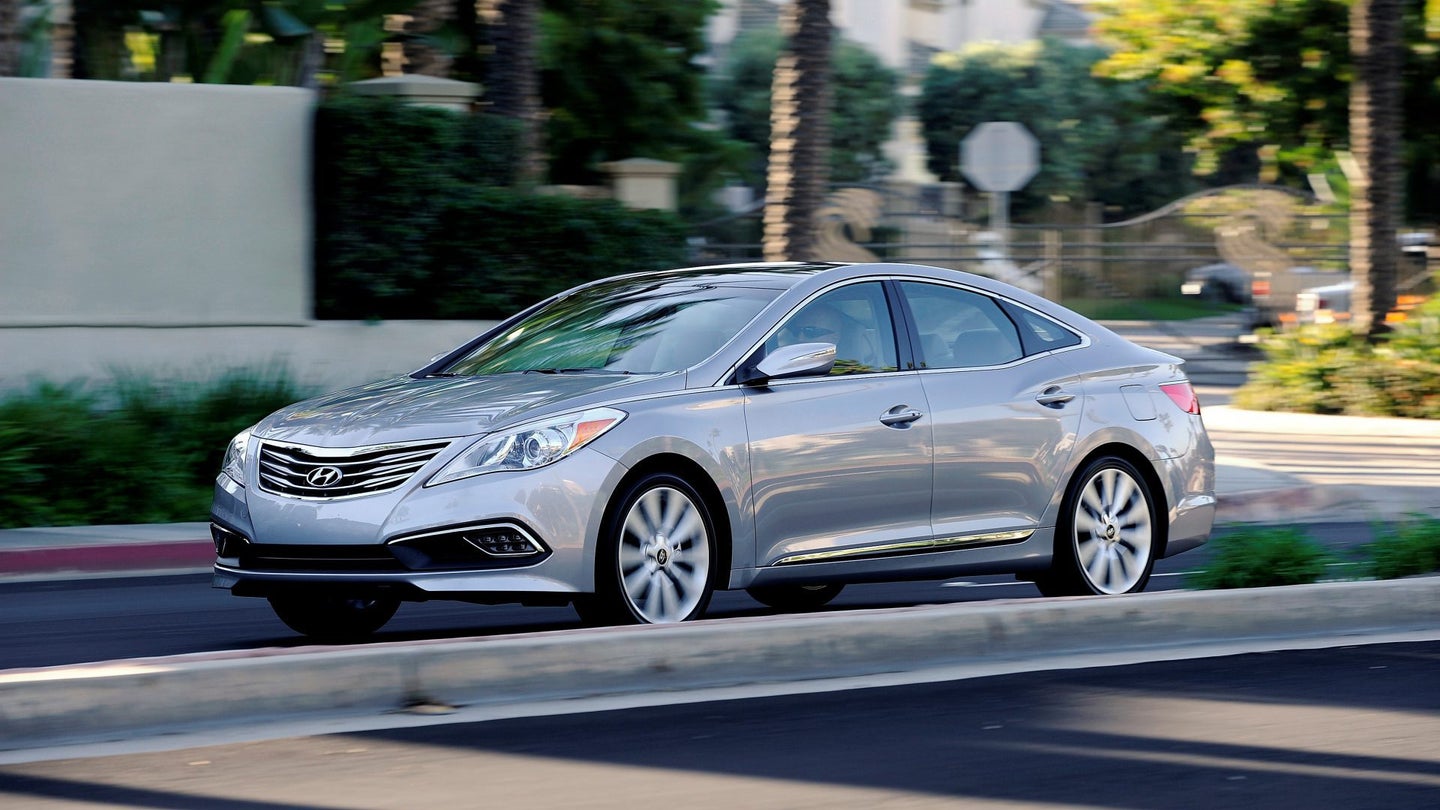 Bad news for enthusiasts of full-size Korean four-door sedans, Hyundai is officially axing the Azera. For those unfamiliar (and if you are, we don't blame you), the Azera was sort of like a Korean Toyota Avalon. Bigger and more car than a Sonata, not as straight up luxurious as the Genesis cars, and priced accordingly.

In the Azera's official obituary, Hyundai said its demise was a result of the Sonata's recent glow up and the expansion of the Genesis luxury brand. As those two offerings simultaneously converged deeper into the Azera's territory, its life in the automaker's lineup had run its course. That's the official explanation, anyway. We suspect the real reason behind the death of the Azera is that it just wasn't selling very well. According to Carscoops, only 4,942 Azeras were sold in the US last year. That's not a lot of Azeras.

Powered by a 293-hp, 3.3-liter V6, a Hyundai Azera off the showroom floor sports a sticker price of $34,100. Although, we suspect one could score some pretty deep discounts on a new or used example of this freshly dead machine. Just don't wait around too long if you'd like yours with that new car smell.

For all you big Korean sedan stalwarts (you guys exist, right?), there's still the Kia Cadenza.

It’s a regular car with a new but familiar slightly angry face.