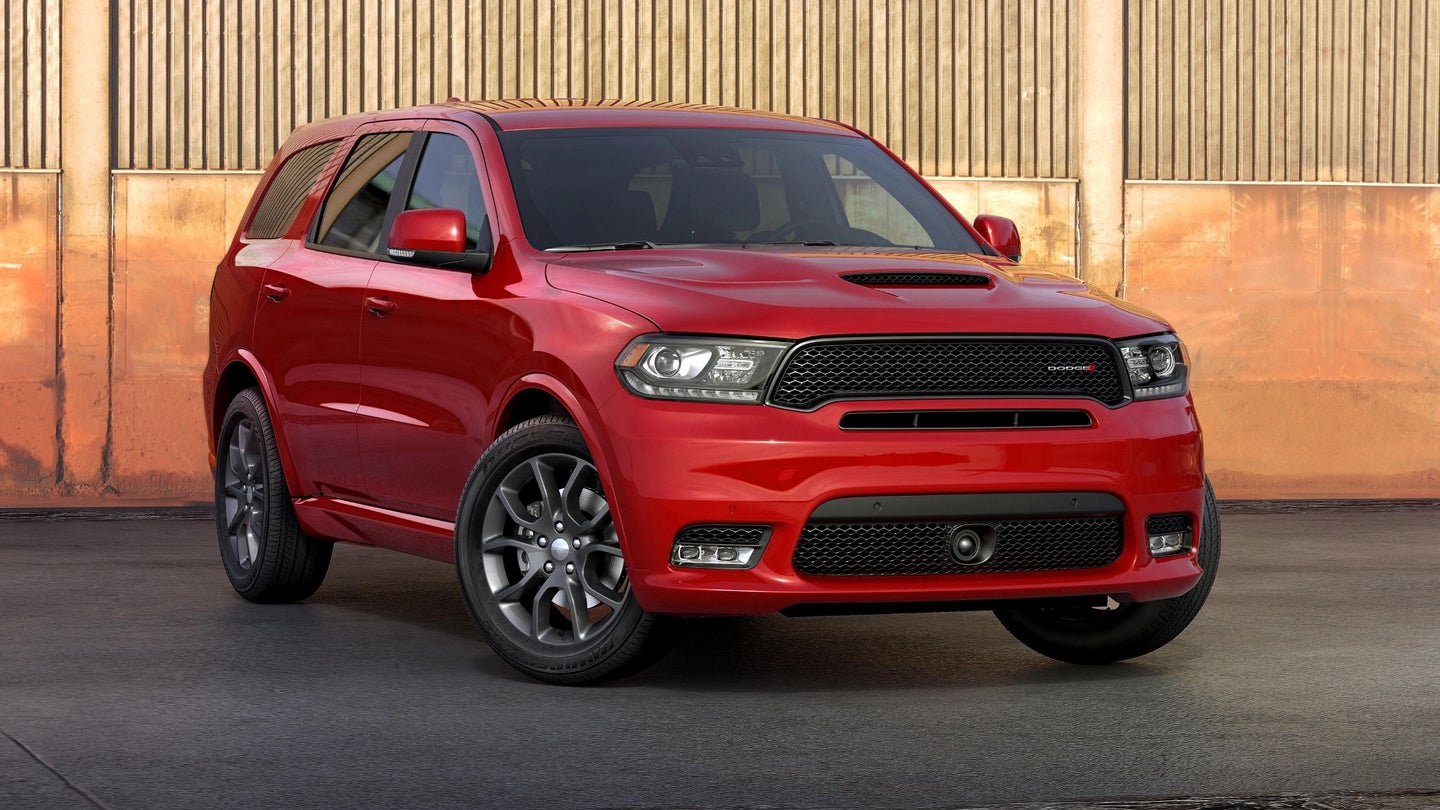 The Dodge Durango SUV is getting a new snout on the R/T trim. With the introduction of the new SRT model which shares a 6.4-liter Hemi V8 with the Jeep Grand Cherokee SRT comes an aggressive new appearance package. The SRT look includes a different front fascia, LED fog lights, and a particularly muscular three-vent hood that reminds us of the Hellcat hood. Dodge ditched the corporate crosshair grille in favor of a wide open mouth kind of like the one found on the higher trims of the Charger including the SRT models.

You won’t get the 475-horsepower 6.4-liter Hemi at this level, but the cool new SRT appearance package is now standard on the R/T. You can also get the SRT hood as an option on the lower GT trim. That means you can get the SRT hood on every available drivetrain of the Durango. In addition to the facelift, the newish Durango R/T will be available in B5 Blue which you may have seen on Chargers. Under the hood, you’ll have to settle for the 360 horsepower 5.7-liter Hemi V8 that’s shared with the Charger and Challenger R/T.

As for a full update on the Durango, we’re still waiting and not getting our hopes up for any major changes soon. The current third-gen Durango hasn’t changed much since its introduction in 2011 other than a facelift in 2014. No word on pricing yet for the 2018 Dodge Durango R/T, but the current one starts at $42,095. This would be a great way to turn heads and make people wonder if you drive an SRT without dropping the extra coin.