Nissan has announced pricing for it's proclaimed king of the pickups. 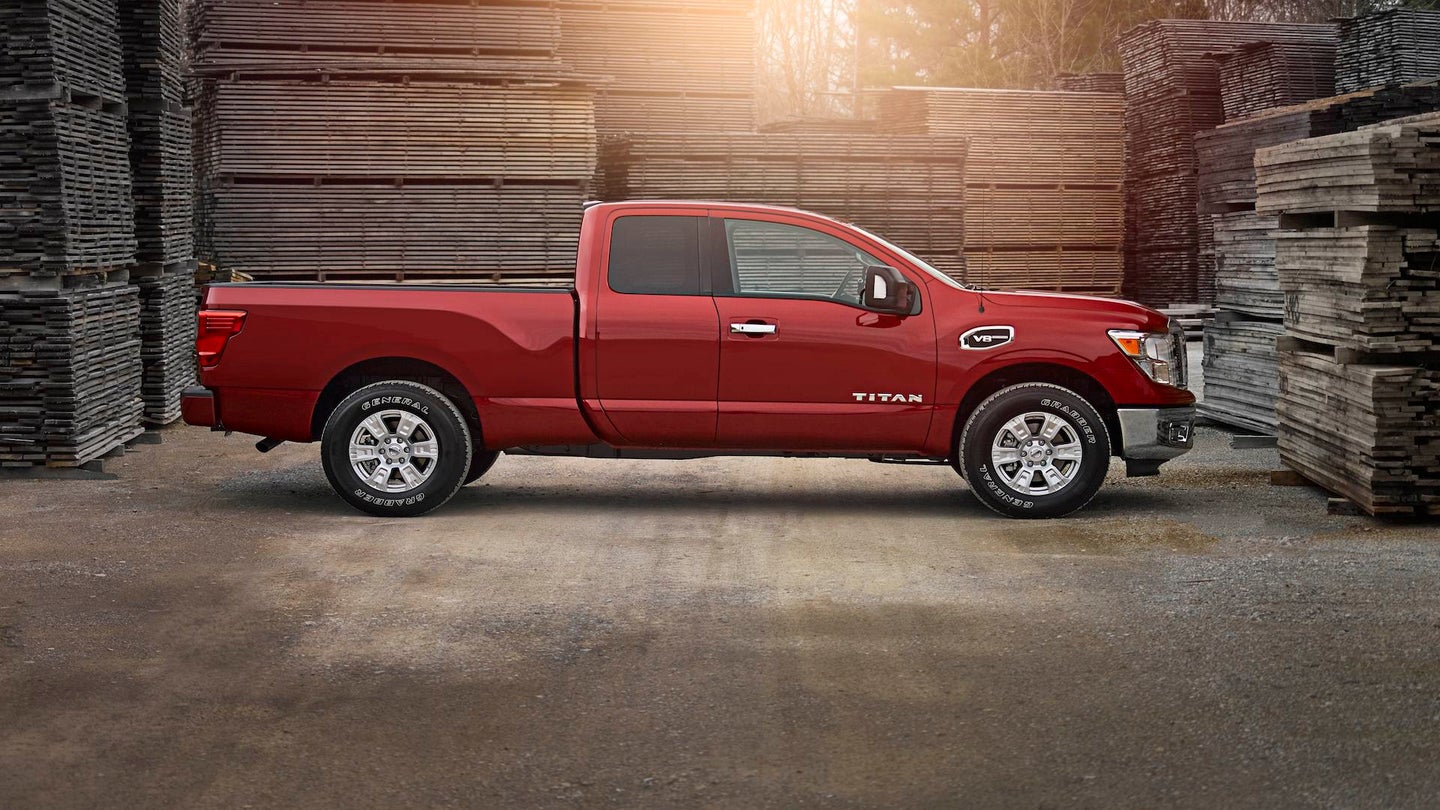 Pickup truck enthusiasts tend to be very meticulous about what vehicles they drive. Here in America, that means the most popular choices have been narrowed down to three iconic pickups. Much like the Holy Trinity of Hypercars, the Chevy Silverado, Dodge RAM 1500, and Ford F-150 are the current rulers of the pickup castle, and it would take a revolution to topple this all-American club. However, Nissan thinks it can usurp the throne with its award-winning Titan. The affordable premium pickup has been around for only 13 years, but it's well-equipped to challenge the Americans. Now the Titan and Titan XD will get a King Cab version for those who want a middle ground between the massive Crew Cab and a Regular Cab.

Nissan announced pricing and details for the new King Cab versions in a press release Thursday. The Titan and heavier Titan XD will both offer 4x2 and 4x4 drivetrains and have 3 different trim levels. The Titan King Cab is equipped with 6 seats, 6.5-foot truck bed, and a rear "seat delete" if the ample amounts of bed space isn't enough. It will get the same engine options as the standard Titan, so buyers can pick from a Cummins 5.0L Turbo Diesel engine or more powerful 5.6L V8 making nearly 400 horsepower; both came with the same 7-speed automatic gearbox, however.

The new Titan King Cab has a total of 10 different variants to choose from, giving Nissan one of the most diverse lineups for a pickup truck when you factor in the other Titan Cabs. A base, Titan S King Cab 4x2 can be had for $32,550, but a fully-loaded Titan XD Pro-4X King Cab 4x4 will cost you more than $50,000. However, there are plenty of other variants in between, so owners can have the Titan of their dreams without breaking the bank if need be.