New Year’s wedding the social event of the NASCAR season 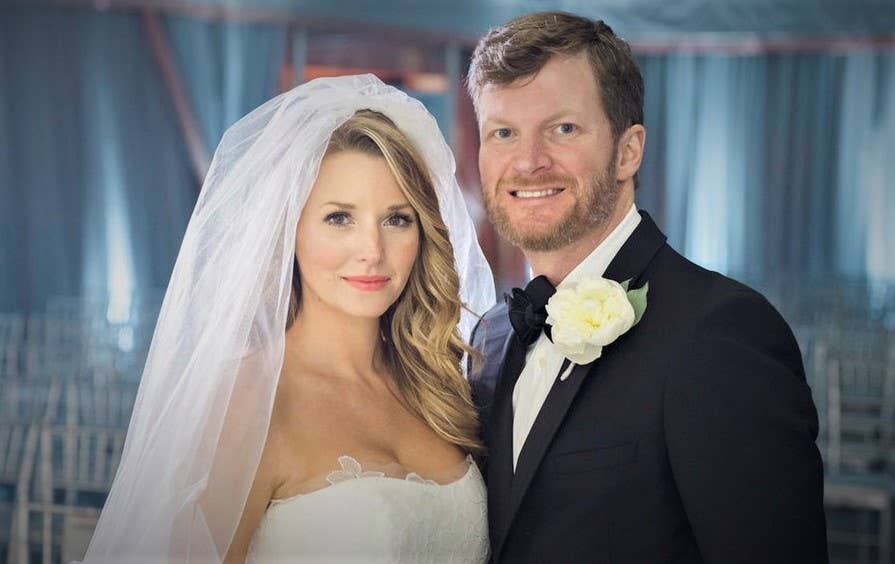 Attention, mailroom: Did you folks misplace our invitation to the wedding of NASCAR's Dale Earnhardt, Jr., and his longtime girlfriend Amy Reimann?

Well, never mind. Too late. The wedding was New Year's Eve at Childress Vinyards, located near Charlotte, North Carolina, and owned by NASCAR team owner Richard Childress, who owned the number 3 car the late Dale Earnhardt drove. The couple have been dating since 2009, and were engaged for 18 months.

Both took the Presidential route of announcing the union on Twitter: "@dalejr and I are beginning 2017 as Mr. & Mrs.! Thank you for loving me and making me your wife. My heart is truly filled with love and joy," Amy Wrote. "Thanks for the well wishes and kind comments. @Amy_Reimann and I are very excited to be married today. Also, Happy New Year to everyone!," wrote Dale.

Earnhardt is set to return to the driver's seat in February at the Daytona 500, after an 18-race layoff in 2016 as a result of concussions he suffered. Hopefully he'll have a better 2017 -- hell, hopefully we all will.