Ford does not want to be embarassed again by having no Ford in the chase on Ford Championship Weekend. 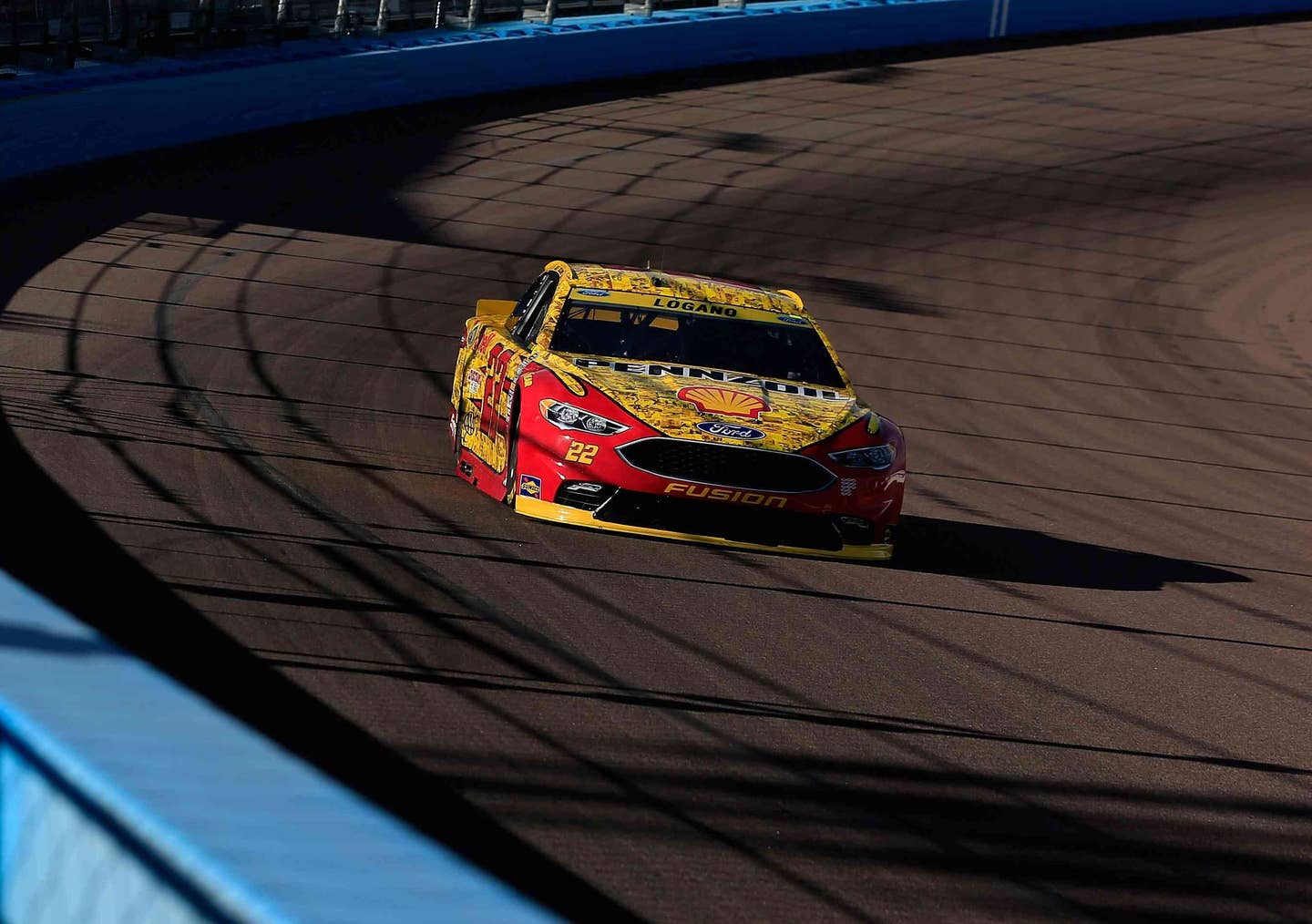 Ford, no question, is a major backer of the NASCAR Sprint Cup series, but the company isn’t quite as visible as the monster-sized Chevrolet and Toyota. The company saves a lot of its promotions money until the end of the season, sponsoring the finale at Homestead-Miami Speedway for years now.

Next weekend, all the races will be titled “EcoBoost” events, plugging Ford’s method of using turbochargers to get big-engine performance out of smaller engines. Which it doesn’t in NASCAR, of course, because everybody has to run the same pushrod V8 configuration.

Here’s the problem: After Joey Logano was wrecked by former Ford driver Matt Kenseth, Ford’s only hope of actually having a Ford in the Ford Championship Weekend Sprint Cup race evaporated. It left Kevin Harvick, Jeff Gordon, Kyle Busch and Martin Truex, Jr. to fight it out. And those guys are in Chevys and Toyotas.

And this year, again it’s up to Logano to try to squeeze his Penske Ford Fusion into the final four at Phoenix today, joining the already-qualified Jimmie Johnson (Chevrolet) and Carl Edwards (Toyota).