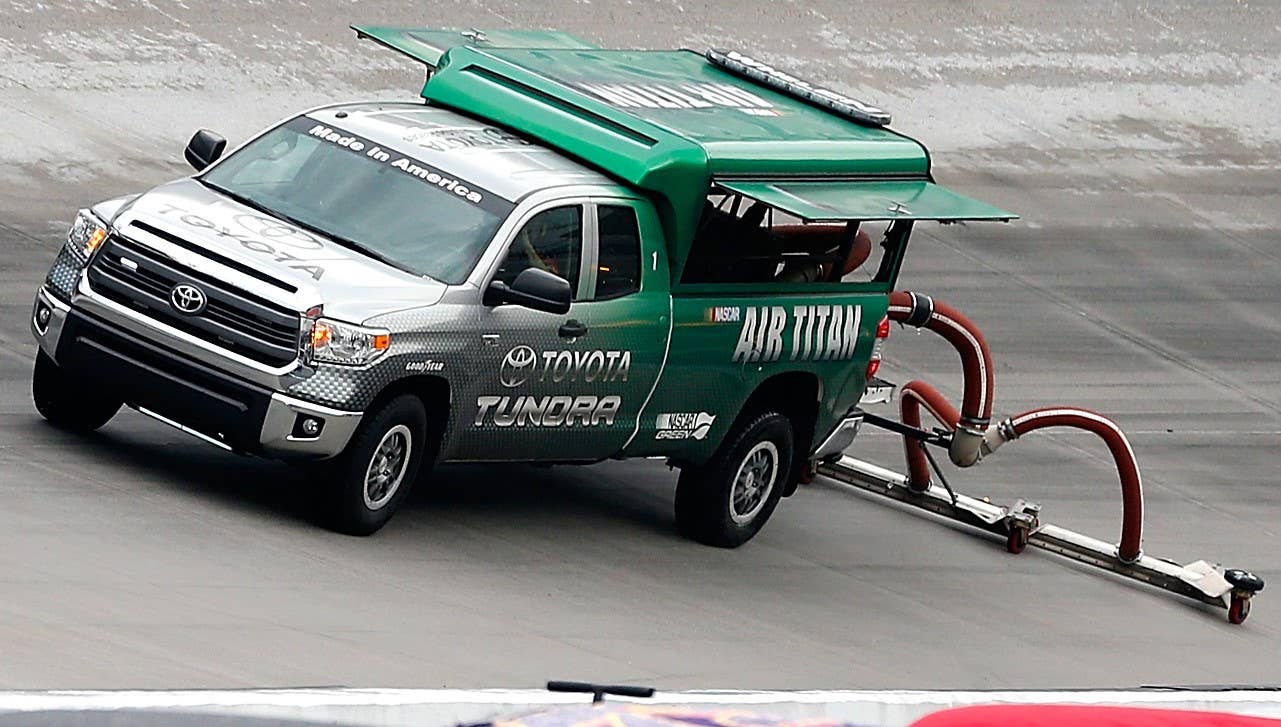 NBC Sports, and the crew that covers NASCAR Sprint Cup, did the best they could to tap-dance their way through what had to be one of the most expensive rain delays of the year, but in the end, they lost NBC at 6 p.m. ET, leaving the accountants to figure out the damage. All those advertisers who bought commercials in a Chase race at Texas Motor Speedway and instead got a partial re-run of Martinsville, a long preview of Rutledge Wood's new series "Shotgun," endless driver interviews where, at least, Brad Keselowski opened a can of worms with comments about NASCAR's concussion policy, and shots of Air Titans trying to dry the surface must be made whole, and it will likely be pricey.

But what can you do? As one of a handful of NASCAR races that had an absolutely prime Sunday afternoon timeslot on network television, the AAA Texas 500, with only two more races left in the season, and one more to set the four-car field for the championship to be decided at the Homestead-Miami Speedway finale, this was a massive lost opportunity for NASCAR, and you could almost hear remote controls across the country seeking football or movies.

At at 6 p.m., with coverage bumped to cable, the series' own NASCAR.com sent viewers to NBCSN, where they found a grim documentary on the death of Dale Earnhardt. Those who looked on CNBC found a Humana Medicare infomercial.

And drivers still haven't turned a wheel. Stay tuned -- if you can find the race.