Leah, the motorsports hearing dog, is gone but not forgotten. 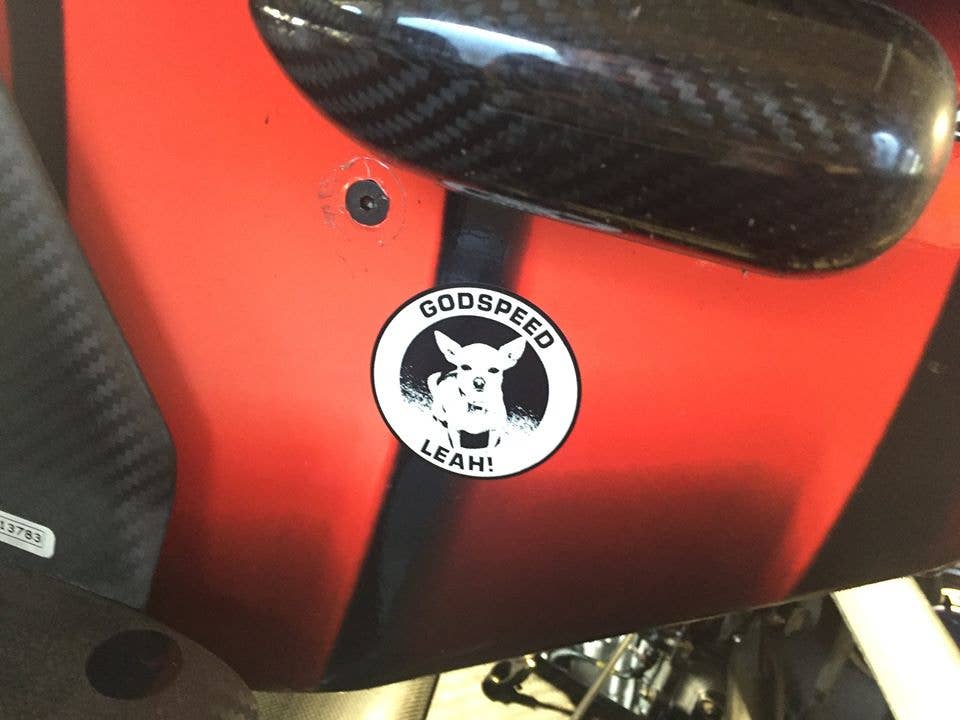 If you follow motorsports, there’s a good chance you’ve read stories or seen photos from Anne Proffit, who is as likely to be shooting stills at the starting line of an NHRA drag race as she is photographing, and writing about, the action at the 24 Hours of Le Mans.

Anne is hard of hearing, and for as long as I’ve known her, her constant companion was her “hearing” dog, Leah, a tiny cream-colored Chihuahua who would alert Anne if something happens she didn’t hear, like a knock on the door.

Leah curled up in a little bed beneath Anne’s spot in the press room, and she met dozens, probably hundreds of race car drivers at ground level. You didn’t walk by Anne’s desk without scratching Leah behind the ears.

A couple of weeks ago, the veterinarian discovered a mass in Leah’s body. They operated, but to no avail. Leah died.

Today, many of the cars at the Kohler Grand Prix IndyCar race at Road America bear a little “Godspeed, Leah” sticker. The photo is from Sebastien Bourdais’ car. Those who believe in the Rainbow Bridge no doubt suspect Leah is following the race from wherever good dogs go, and waiting patiently until she’s in Anne’s arms again.