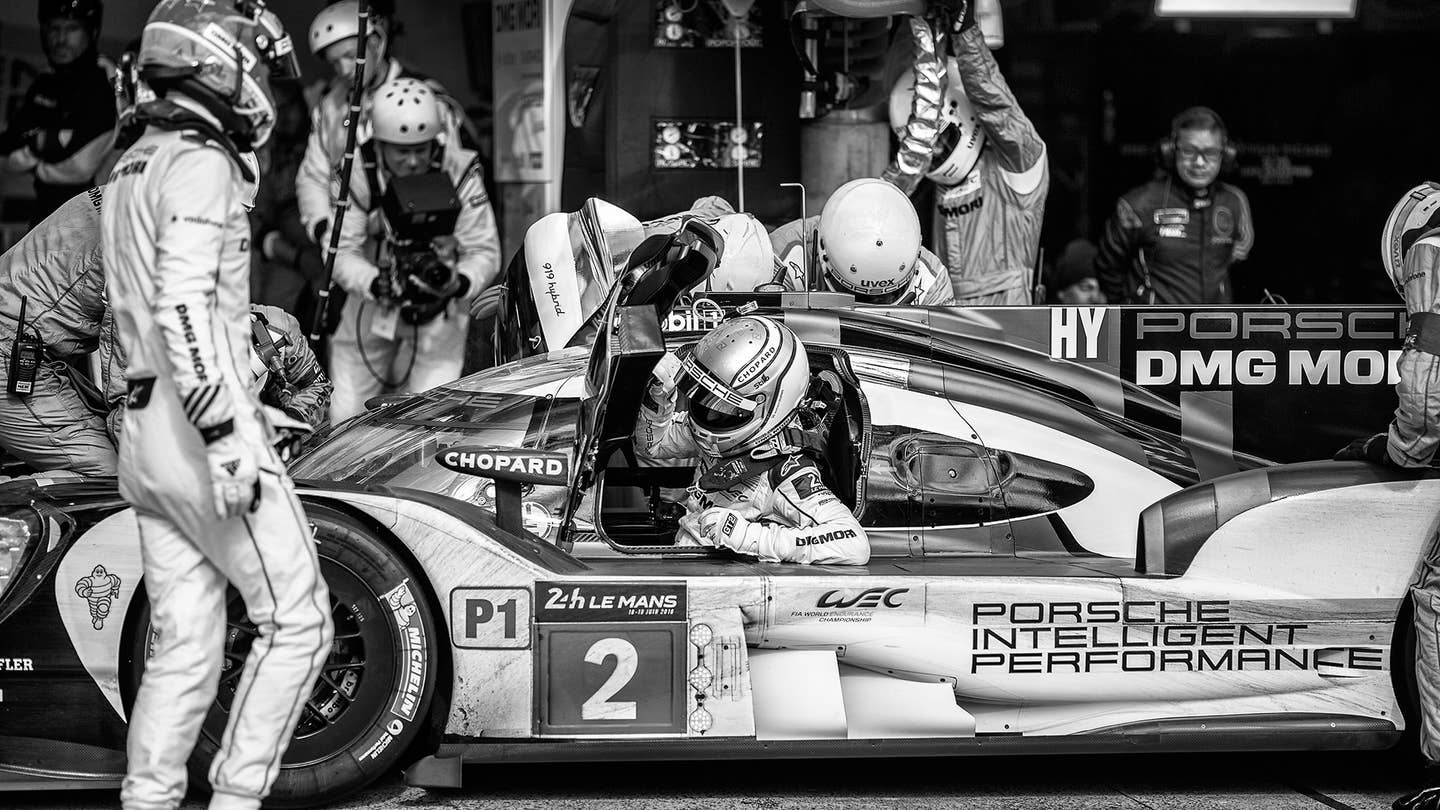 There are plenty of reasons why endurance racing matters. Innovation. Pride. Advertising. There are also plenty of reasons why endurance racing is compelling, but mostly it’s the premise: Take people from all over the world, have them build machines capable of the unthinkable, then quarantine all those people and all those machines together for an entire day and night. Nowhere does this yield more emotion than at the 24 Hours of Le Mans. This year’s race was nothing short of incredible.

Porsche won. People will tell you that actually Toyota lost, because its race-leading car suffered a total engine failure on the final lap, then rolled to a halt mere moments from greatness. But "mere moments" doesn't count. That’s just how it works, that's endurance racing: Given enough time, anything can happen.

Below, the story of the No. 2 Porsche 919 Hybrid LMP1 and its historic win, told over the course of 24 hours, in one stunning photo set.

Hell of a race. See you all next year.