IndyCar In Texas Can’t Get A Break 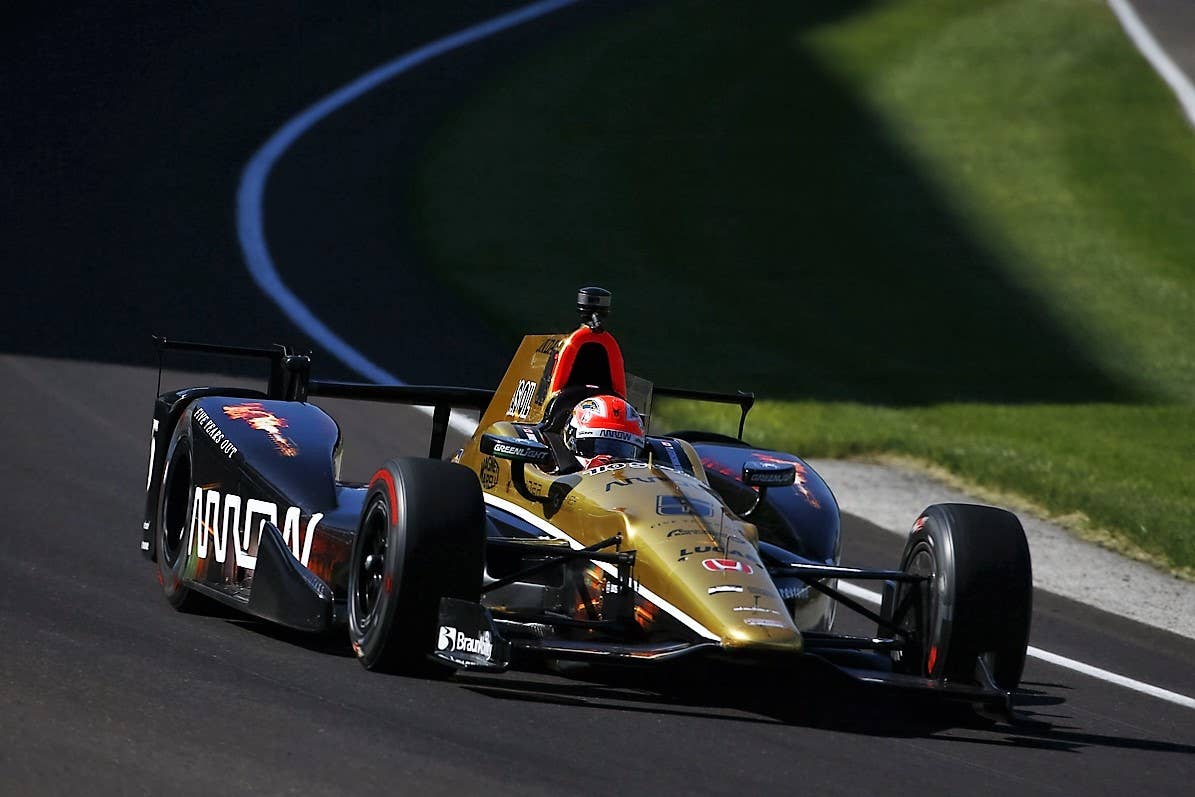 Good news for James Hinchcliffe: He’s leading the Firestone 600 IndyCar race at Texas Motor Speedway. Bad news: He has to wait more than two months to finish the race. Imagine the hotel and room service bills!

No, wait, seriously, rain postponed the race from Saturday to today, where it was airing on CNBC instead of a cookware infomercial, almost certainly causing a flood of cookware fans to call the network, assuming they could find a phone number, which is likely almost as hard as finding CNBC on DirectTV.

At the green flag, polesitter Carlos Munoz took his Andretti Autosport Honda into the lead. Pit stops, starting on lap 30, jumbled the running order, with James Hinchcliffe, in the photo above, taking the lead in his Schmidt Peterson Motorsports Honda.

A heart-stopping moment occurred on lap 42, when Conor Daly lost control of his car coming out of turn 4 and collected Josef Newgarden.  Both cars then made heavy impact with the barriers, with Newgarden hitting hard again, sliding upside-down.  Daly was uninjured, but Newgarden was transported to an area hospital for treatment of possible shoulder and wrist injuries, waving to the crowd from the stretcher. TMS had to bring out a welding crew to repair the wall – when an IndyCar caused that kind of damage, it’s scary.

Rain retuned at lap 70, and the race was red flagged one lap later with Hinchcliffe leading, followed by Hunter-Reay and Mikhail Aleshin.  Although officials hoped to restart the event, continuing showers made a resumption of racing impossible.  The decision was then made to postpone the race until Saturday night, August 27. And CNBC returned to an infomercial for “The Tonight Show” with Johnny Carson compilations.

When the IndyCar Series fields returns, activities will include a single practice session, autograph session for the fans, followed by a race restart from the point of the red flag and in current running order.

Next up for IndyCar: Road America road course in Elkhart Lake, Wisconsin, for the June 26 Kohler Grand Prix.