Then he has a deal for you: "Cruisin' with the Monkey!" It's a sea cruise with Rawlings and 2,000 of his closest pals. 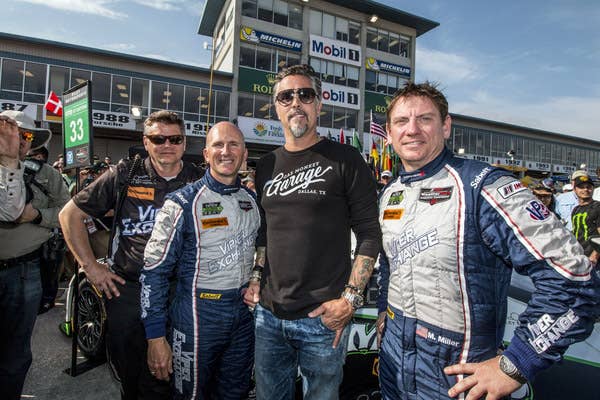 A tip of the hat to the goateed Richard Rawlings, founder, in 2002, of the Gas Monkey Garage, which is the focus of his TV show, Fast ‘n Loud. Which got him a gig as the TV spokesman for Dodge’s performance vehicles, where, for instance, he disrupts a high school class for reasons that seem unclear. But he has made himself famous, so good for him.

Rawlings partnered with Ben Keating, owner and driver of the No. 33 Dodge Viper in the IMSA WeatherTech SportsCar Championship. And now they have teamed up for Cruisin’ with the Monkey, described with great enthusiasm in a press release:

“Cruisin’ With The Monkey Cruise 2017 will see the motor mastermind log miles throughout the Western Caribbean aboard Holland America’s luxurious Nieuw Amsterdam and visit four of the hottest island destinations for full-throttle adventures, some downshifting on the world’s prettiest beaches, and, of course, a few cold Miller Lites. Learn more at www.cruisinwiththemonkey.com and check out Gas Monkey Garage at www.GasMonkeyGarage.com.

“The inaugural sailing of Cruisin’ with the Monkey, March 19- 26, 2017, is a chance to cruise out of the garage, off the streets and onto the high seas with Rawlings, some of his Monkeys from Gas Monkey Garage, and Gas Monkey Garage Dodge Viper GT-3 race car driver Ben Keating and a few of his teammates for a week-long party at sea.” That date, incidentally, is the day after the 12 Hours of Sebring. And there is no pricing info yet.

There will be, it says, plenty of “opportunities to mingle with the monkey himself!”

One man’s week-long potential migraine is another man’s week in heaven. Enjoy!