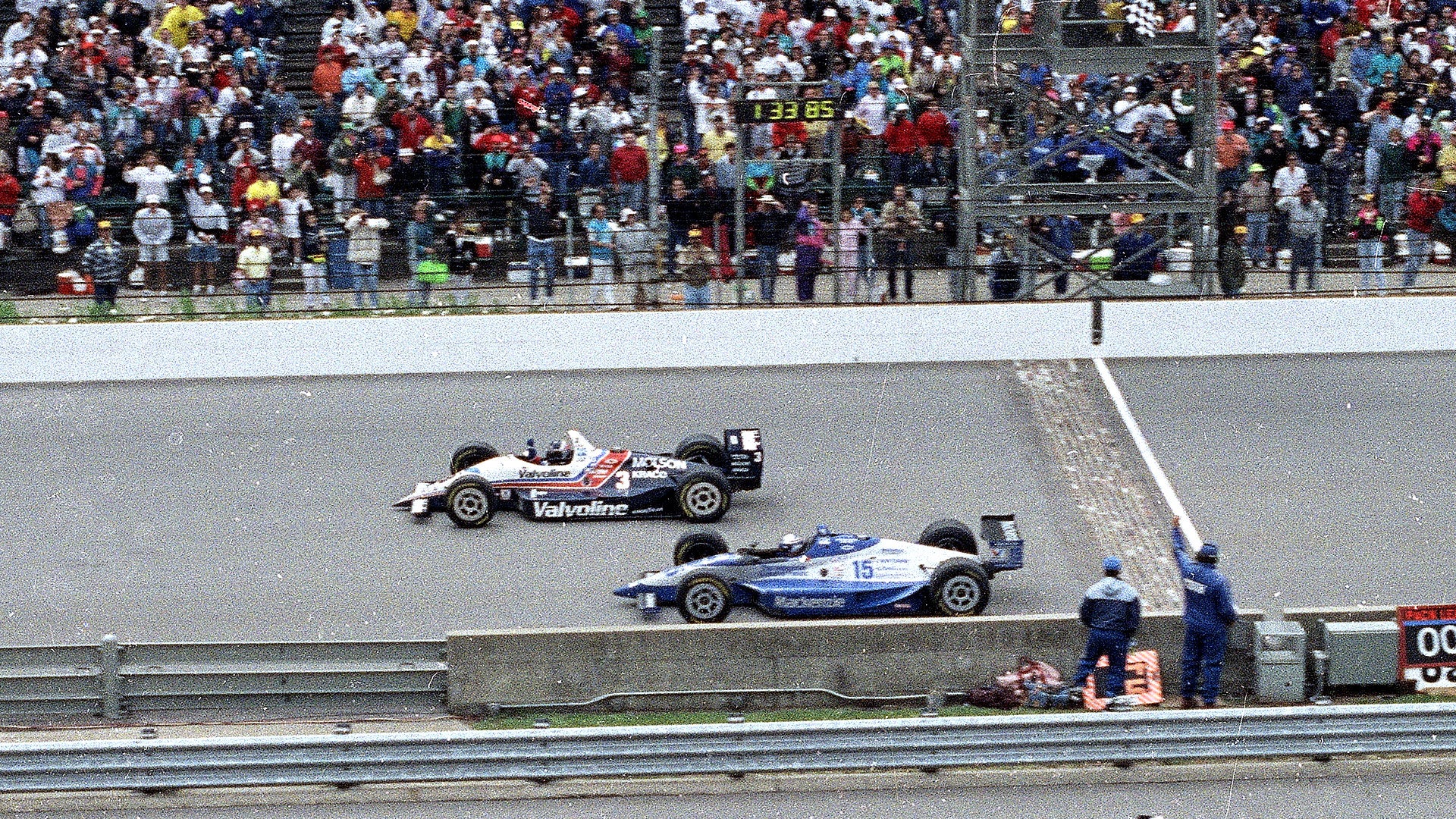 Try to imagine 0.043 seconds. Quite literally the blink of an eye—or faster. Now imagine that tiny fraction of a second defining your career, maybe even your life.

The 1992 Indy 500 is remembered for the “Andretti Curse,” and for the insane amount of car carnage, death, and injury. It’s remembered as the changing of the guard—the final hurrah for an all-time great generation of race car drivers—and for the peak popularity of Indy. Some 450,000 attended the race. That’s nearly nine times the capacity of Yankee Stadium. But in the end, the ’92 Indianapolis 500 is remembered for 0.043 seconds.

As was often the case (more then than now), the pursuit of speed in practice and qualifying resulted in tragedies and record speeds. Both Nelson Piquet, former F1 World Champion and a rookie at Indy, and Hiro Matsushita, broke bones in their legs. When you watch four-time Indy winner Rick Mears hit the wall, you cannot believe he lived, and went on to actually compete in the race. Rookie Jovy Marcelo—27, of the Philippines—paid the ultimate price, becoming the first driver killed at the Brickyard since Gordon Smiley, 10 years earlier. Roberto Guerrero, meanwhile, captured the pole in a Lola Buick—232.482 mph, which was (shockingly) about 8 mph faster than the previous record.

The fans knew this would be a wild ride from the get-go, when the pole sitter inexplicably spun into the wall on a pre-start parade lap. After setting a pole speed record, Guerrero never even got to start the race. Those fans were out in force to watch their heroes wage high-speed warfare; the 1992 Indy was the last for four-time winners A.J. Foyt (who’d competed at the 500 35 times) and Rick Mears (16 times); for Tom Sneva, the 1983 winner and the first to crack the 200 mph lap speed, in 1977; and for two-time winner Gordon Johncock.

Once it got underway, Michael Andretti took control, leading for stints of 26, 39, and 24 laps at a time. He had the thing in the bag until the so-called “Andretti Curse” ate up not just his car, but his brother’s and father’s too. Michael’s car went limp with 11 laps to go, having led 161 of the 189 thus far. His brother Jeff ended his day at Indianapolis’s Memorial Hospital with a concussion and leg injuries, while his father Mario was in the same hospital with a handful of crushed toes. Both required surgery.

That left three cars gunning all-out for the checkered. It was Al Unser Jr. (“Little Al”) in a Galmer Chevrolet, following by Scott Goodyear in a Lola Chevrolet, followed by Al Unser Sr. in a Lola Buick, with history on the line. Goodyear, the experts believed, had the fastest car. “After years of relative obscurity,” the ABC announcer said, “suddenly he finds himself with a moment where it could all come right, in the biggest possible way.” But he had Little Al in his way. The three were headed straight on for the closest finish in Indy history. Pick up the action here: