Is this the 1960s? Kyle Larson and Chase Elliott bring back some real competition 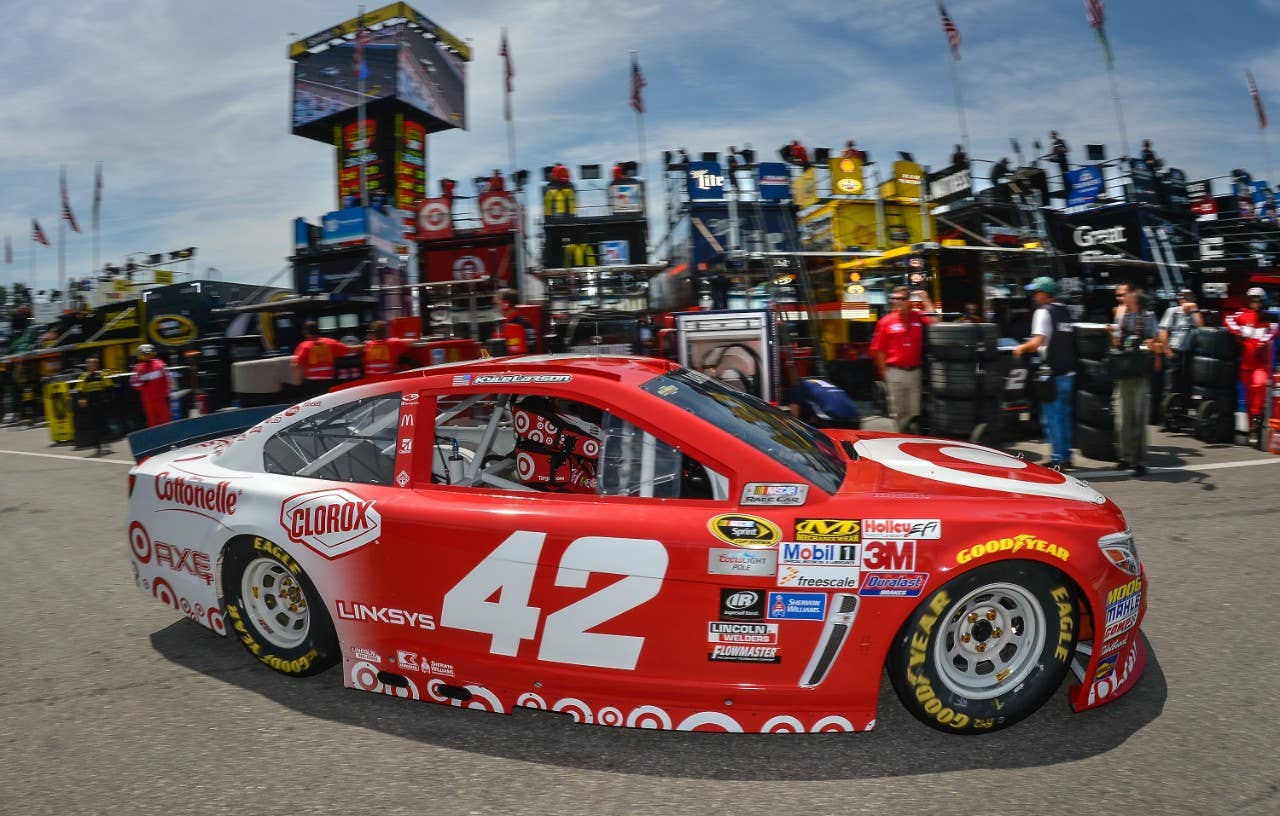 Seems like we know how to get kick-ass NASCAR Sprint Cup racing back again: Forget the top half of the field, and let the also-rans have the track to themselves. If you missed the Sprint Showdown -- and you can be excused, since it happened at 11 a.m. ET today, instead of last night, when it was rained out -- you might have missed the best racing of the looooong NASCAR week at Charlotte Motor Speedway.

After years of tinkering with the formula, Sprint, NASCAR and Charlotte have a winner: Two 20-lap races, and the winners get a pass into tonight's All-Star race, which the drivers and the TV commentators told us endlessly that there's $1 million up for grabs. Those two drivers park (it was Greg Biffle and Trevor Bayne, their Roush-Fenway Fords looking fast without a bunch of the top Toyotas and Chevrolets out there), leaving the rest of the field to fight for one last spot in a 10-lap melee.

And it was a lovely fight  between Kyle Larson and Chase Elliott, rubbing on each other all the way to the checkered flag, with a sideways Larson winning by 0.016 seconds. He figured afterwards that Elliott would be mad, "and he has a reason to be," but Larson said he figured Bill Elliott's son would be voted into the race anyway, and he was, along with perennial fan favorite Danica Patrick, who did not appear to bother to shift out of third gear for the three segments.

Bottom line: Man, it was a fun 50 laps. The NASCAR Camping World trucks are racing now, also having been rained out last night, and the Sprint All-Star race is tonight, assuming the still-contrary weather in Charlotte cooperates.