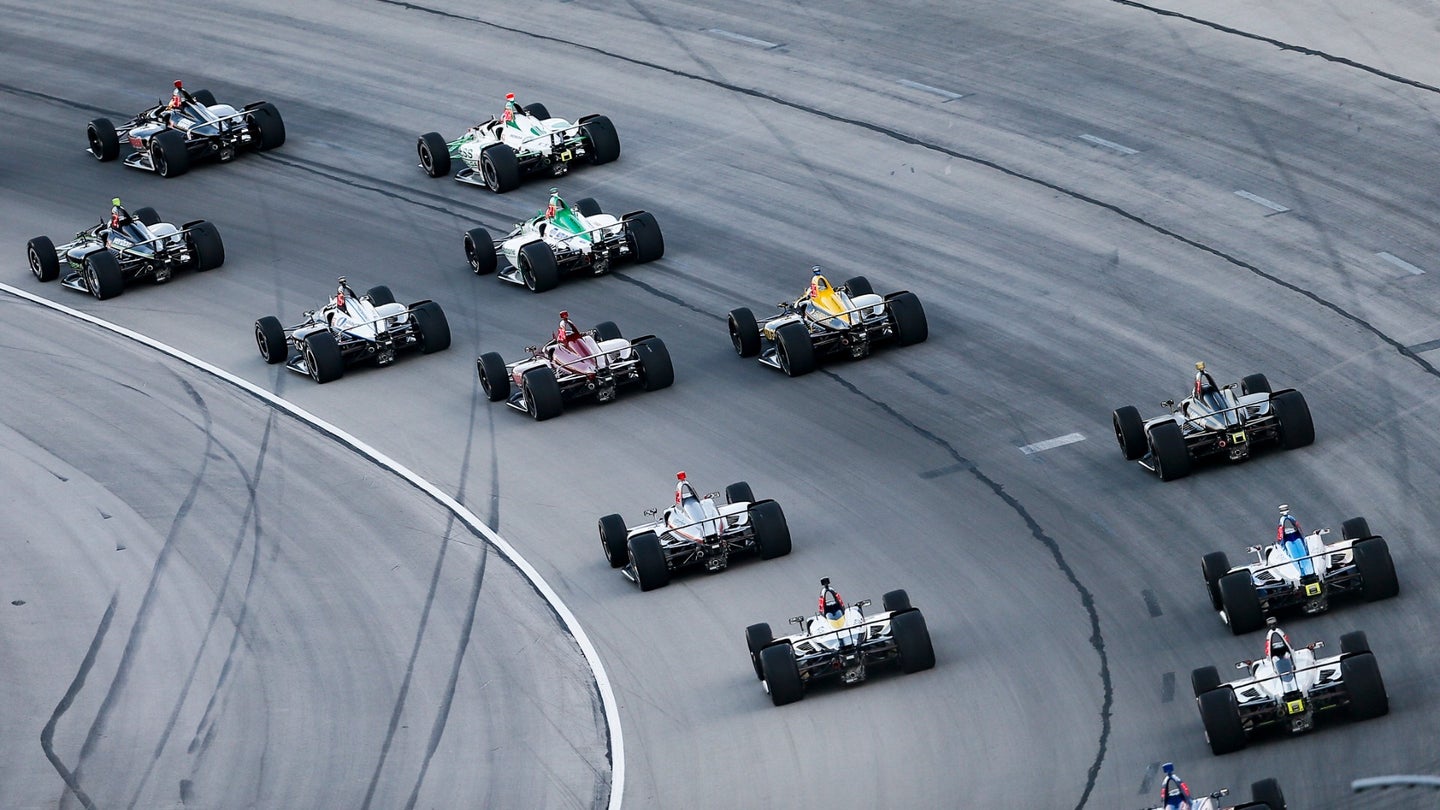 Unlike NASCAR's recently resumed season, IndyCar never got the chance to kickoff before coronavirus put the world on pause. As a result, the premier American open-wheel series has been scrambling to find the right time to begin, even pushing its month of May festivities at Indianapolis Motor Speedway to later in the year. Soon, though, IndyCar will be back racing again in Texas—on June 6, to be precise. But there won't be any fans in the stands, despite the state allowing 25 percent of official capacities to attend sporting events.

Racer reports that Texas Motor Speedway's Genesys 300 never had much of a shot to accommodate fans. Governor Greg Abbott relaxed the rules regarding audience restrictions too late in the game for promoters to push ticket sales or organize merchandising, concessions, and security. As such, it'd likely be a lost cause with millions spent in only a few days, decreasing the likelihood of a proper turnout.

NASCAR, meanwhile, has been running without fans for weeks and plans to continue doing so for the time being. Unless you just so happen to live at the track, of course. But race series across the country, as well as the world, are working with local governments to determine the viability of hosting events with people in the stands.

At present, the plan is for IndyCar to race in front of fans this summer, maybe as soon as July 4 at Indianapolis. The number of fans allowed through IMS's gates will almost certainly be limited, as will those at Road America later in the month. It's still up for debate if it'll actually be safe for fans to congregate in large groups by then—many think otherwise.

The Drive has reached out to IndyCar for confirmation on this news and will update this article with the series' response.

The veteran’s celebratory donuts were a little less rowdy without fans cheering in the stands.