Brad Keselowski claimed his first Monster Energy NASCAR Cup Series season at Darlington Raceway in South Carolina on Sept. 2. He claimed a second-straight win Monday when he took the checkered flag at Indianapolis Motor Speedway in the Big Machine Vodka 400 at the Brickyard, the final race of the 2018 regular season. The race was delayed by a day because of rain at the track Sunday.

“I gotta give credit where credit is due,” Keselowski said. “My crew chief, Paul Wolfe, made a heck of a call to pit there late in that run and the yellow came out and we had new tires and started eighth and it was kind of like it gave me the ball. You know how that goes. I had to make a play. I knew it was going to be tough. We weren’t a dominant car by any means, but Paul and everyone executed an incredible race. I just had to do my job and here I am in victory lane at the Brickyard. Man, I wish RP [Roger Penske] was here. I know he is watching at home. What a day!”

Keselowski’s latest win was the first NASCAR premier-series win at Indy for team owner Roger Penske, who was the winning car owner in the Indianapolis 500 in May. It also was the first Brickyard 400 win for Ford since 1999.

Clint Bowyer took the lead on a restart at the beginning of the third stage of the race that began at lap 100. Denny Hamlin hit pit road before Bowyer, though, during a green-flag cycle of pit stops that began on lap 126. As a result, Hamlin came out ahead of Bowyer.

Hamlin and Bowyer were first and second for the final restart with three laps remaining, but Keselowski got up to second on the restart and took the lead from Hamlin before taking the white flag. Hamlin fell back to third by the checkered flag, and Bowyer finished fifth.

Pit strategies varied, beginning with a lap 10 competition caution. Drivers pitted during different cautions, and several headed down pit road in the closing laps of each of the first two 50-lap stages and two early-race, scheduled competition cautions.

Kevin Harvick suffered pit-road issues early in the form of an uncontrolled tire just before the lap 10 caution and an issue with an air gun during a stop just before a 30-lap competition caution.

After Harvick’s Stewart-Haas teammates Bowyer and Kurt Busch finished the first stage in the top-two positions, Kyle Busch was up front for the restart at the beginning of the second stage, and Harvick joined him in second soon after that restart.

Kyle Busch and Harvick started the race on the front row as a result of rain forcing the cancellation of qualifying on Saturday and NASCAR setting the starting grid by car-owner points.

Each gave up leads to pit during the second stage. When Kyle Busch pitted, again, on lap 98, he was assessed a penalty for a commitment line violation. Harvick finished the race fourth, and Busch was 18th.

Kyle Busch was honored after the race as the 2018 regular-season champion.

The other “Big Three” driver, Martin Truex Jr., started in the back after his car failed inspection three times Saturday. He was working his way toward the front before a wreck on lap 41 led to his early retirement from the race.

“Left-front brake rotor exploded and went through the hood,” Truex Jr. said. “I thought I blew a tire initially, going into (turn) one, there, and I was like, ‘Oh this is going to hurt,’ but the car kept turning, luckily, and I was able to keep it off the wall. Just brake rotor exploded. I don’t know what was going on with the brakes. We had major issues from the start of the race. Obviously, all that kind of compounded into having a major brake issue. It’s unfortunate. The Auto-Owners Toyota was really fast. As hard as it is to pass here, we were getting there making our way to the front. I felt like any time we had clean air, we had really good speed. Wish we could have raced all day and seen what we could have done with them, but hopefully, we’ll get this bad luck out of the way before the playoffs start next week.”

Matt Kenseth was shuffled up to a stage-two win after several cars pitted in the final laps of the stage.

Hendrick Motorsports teammates Alex Bowman and Jimmie Johnson headed into the race in position to claim the final two playoff berths. They were able to do so as a result of the race winner being among the 14 drivers already with playoff spots clinched. Bowman’s race wasn’t without incident. He was involved in a wreck with A.J. Allmendinger on lap 67. He went several laps down when he made several pit stops for repairs.

UP NEXT: The Monster Energy NASCAR Cup Series kicks off its 10-race playoffs series Sept. 16 at Las Vegas Motor Speedway. The race will mark the first time the series heads to LVMS for a second time in a season. Kevin Harvick won the race in Las Vegas in March. Martin Truex Jr. and Brad Keselowski are other winners at LVMS in the last three years. 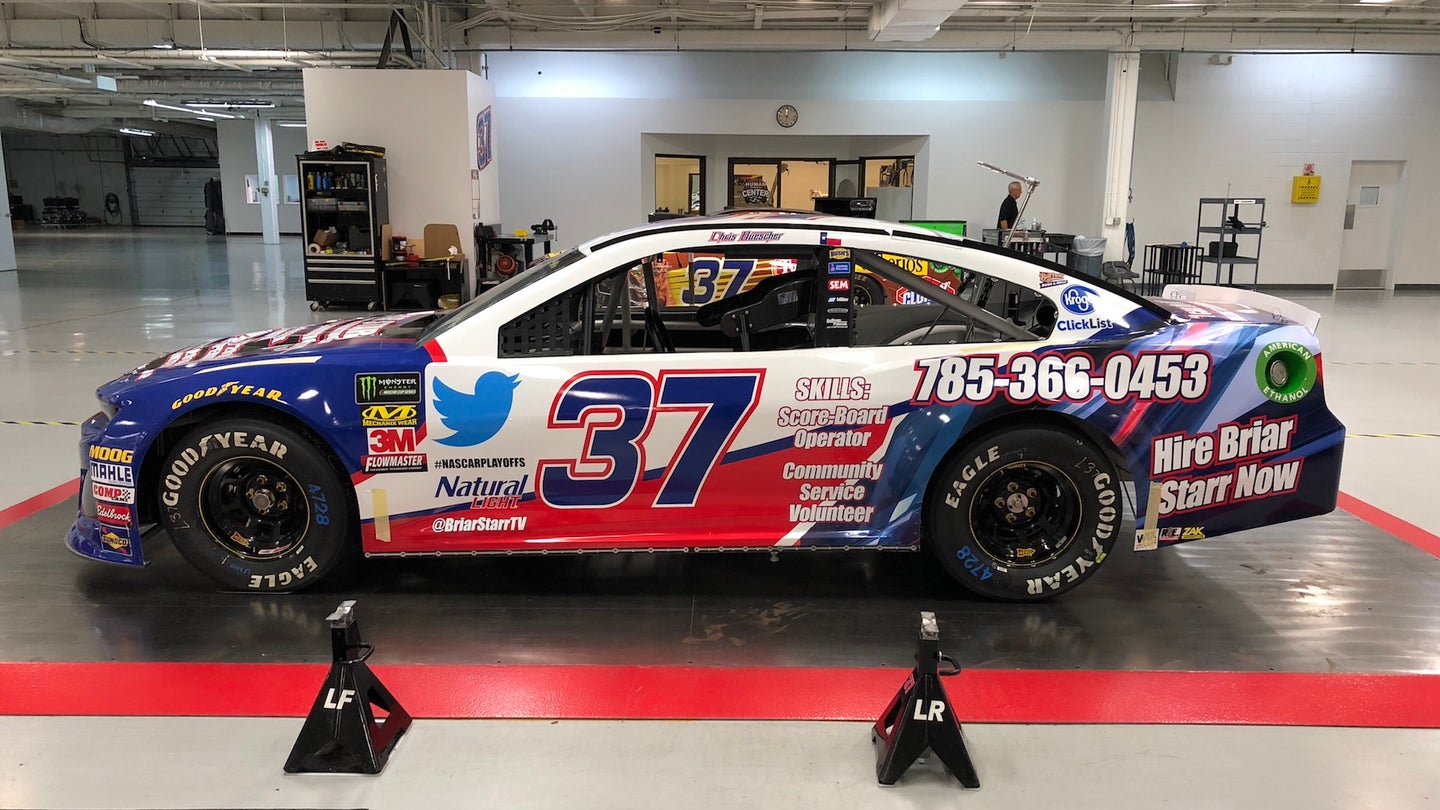 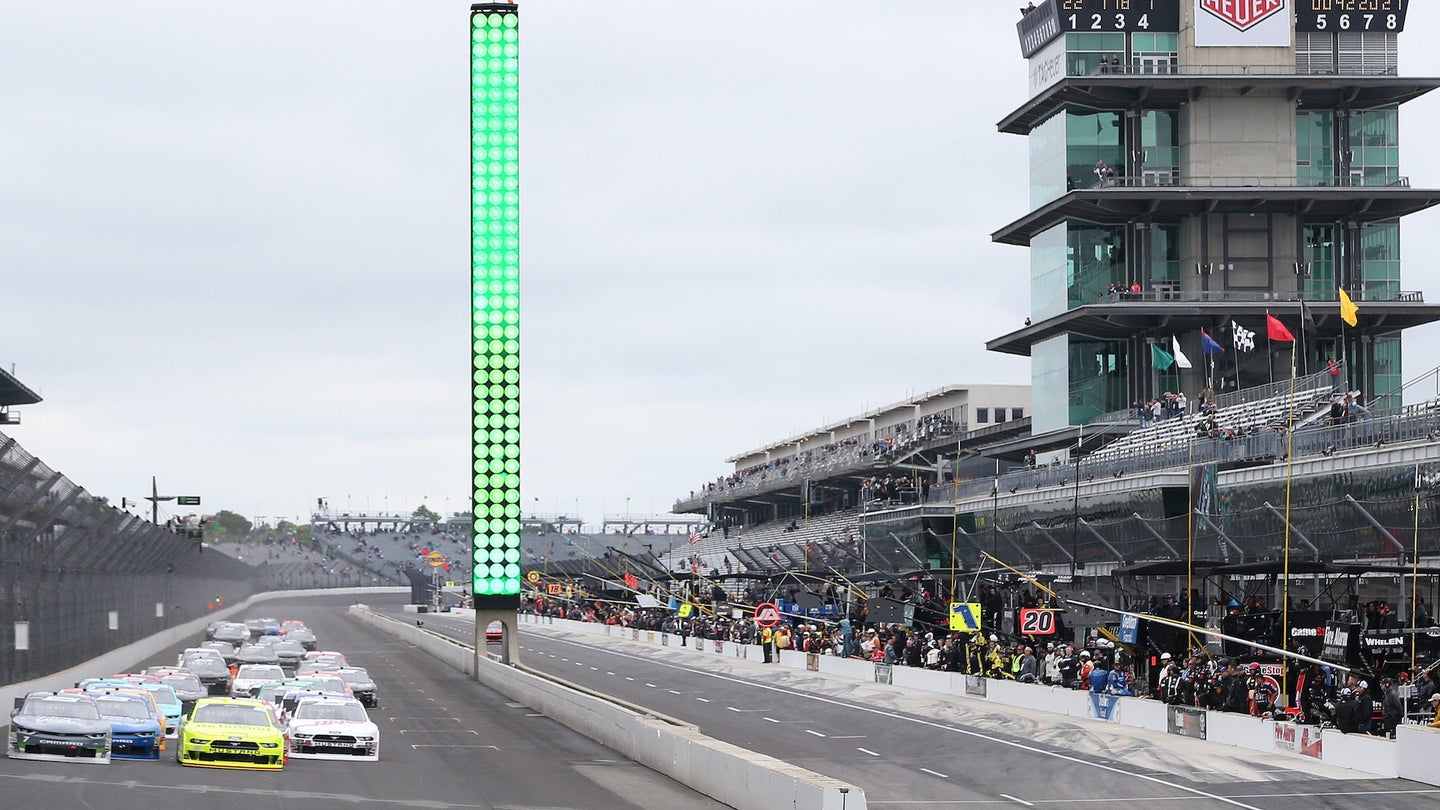 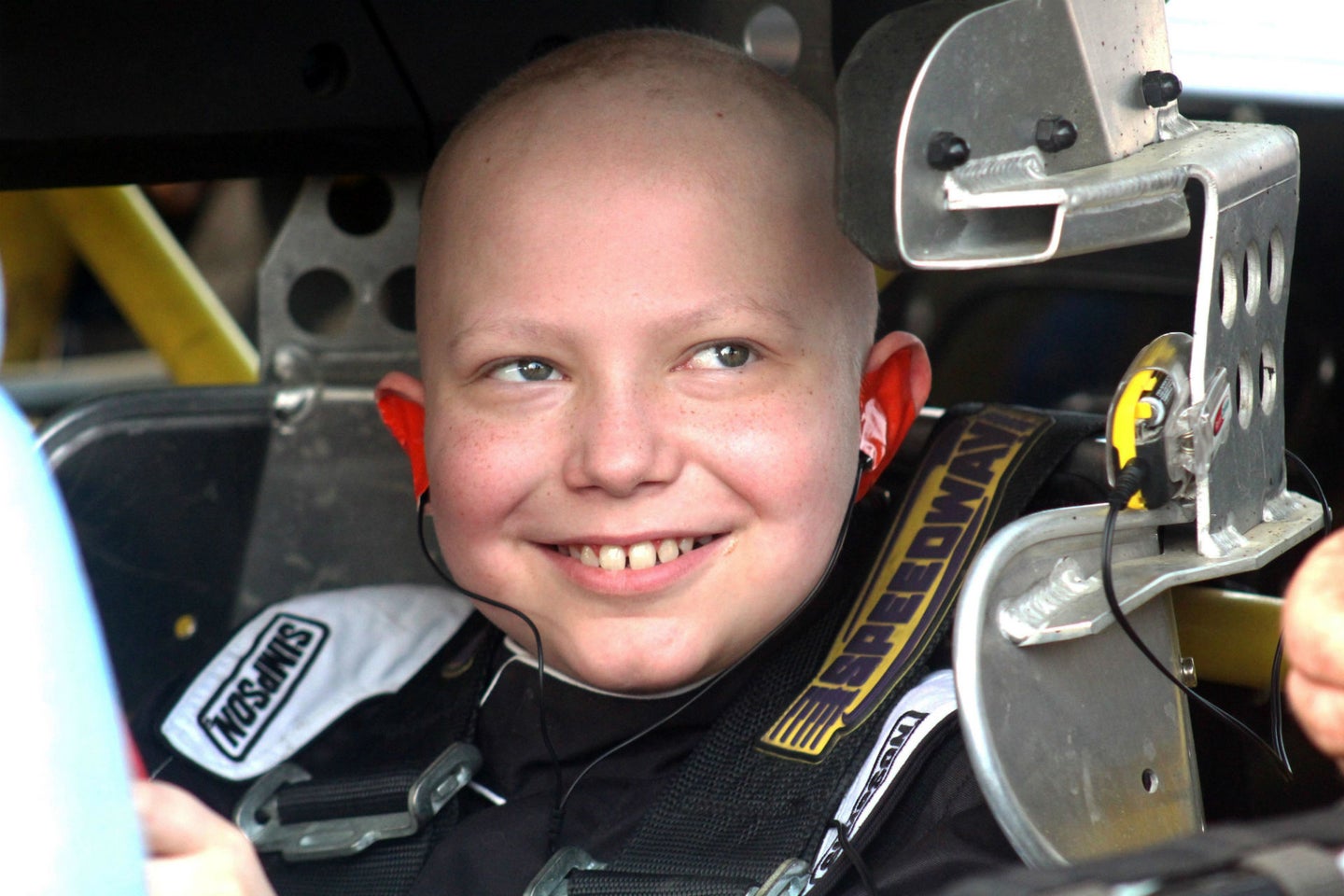 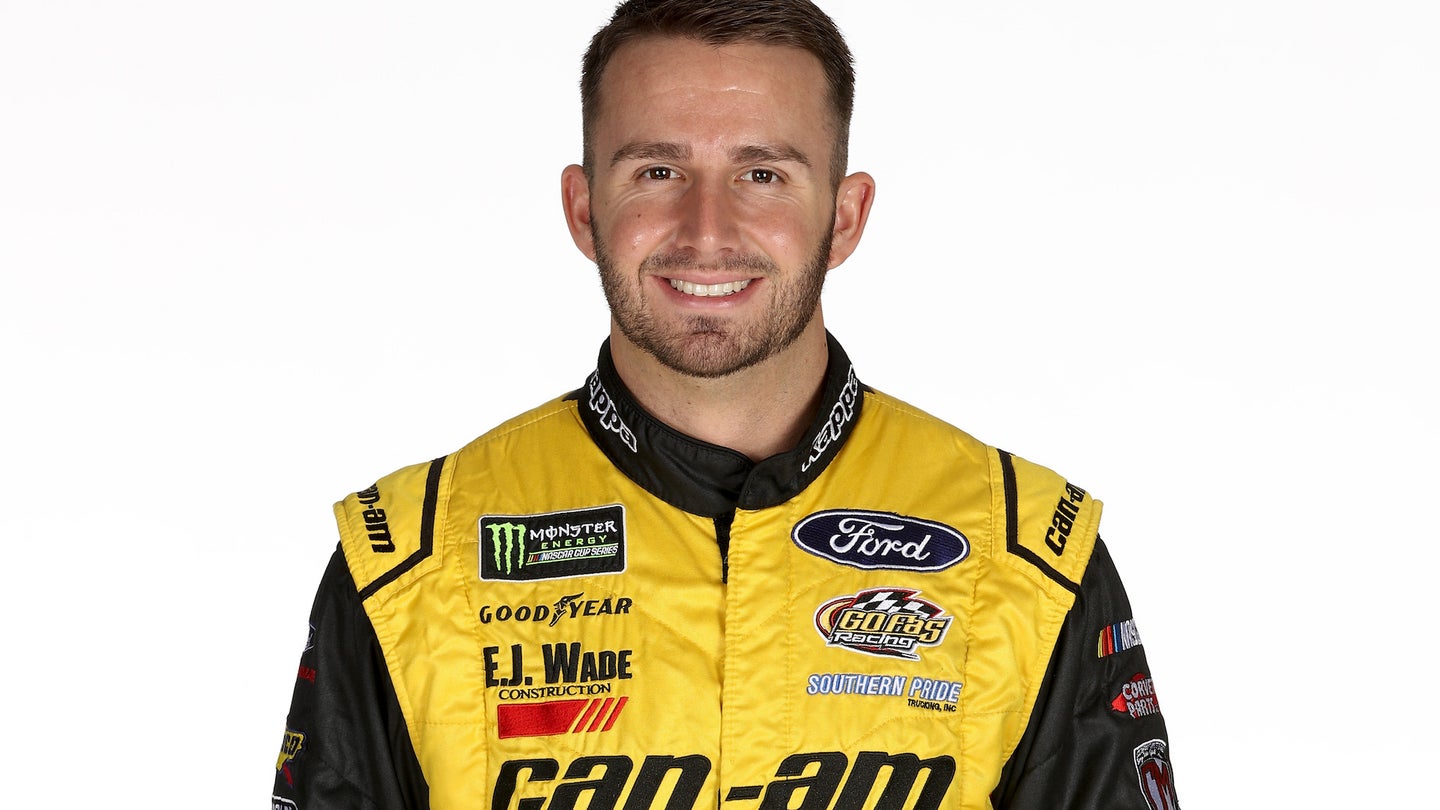 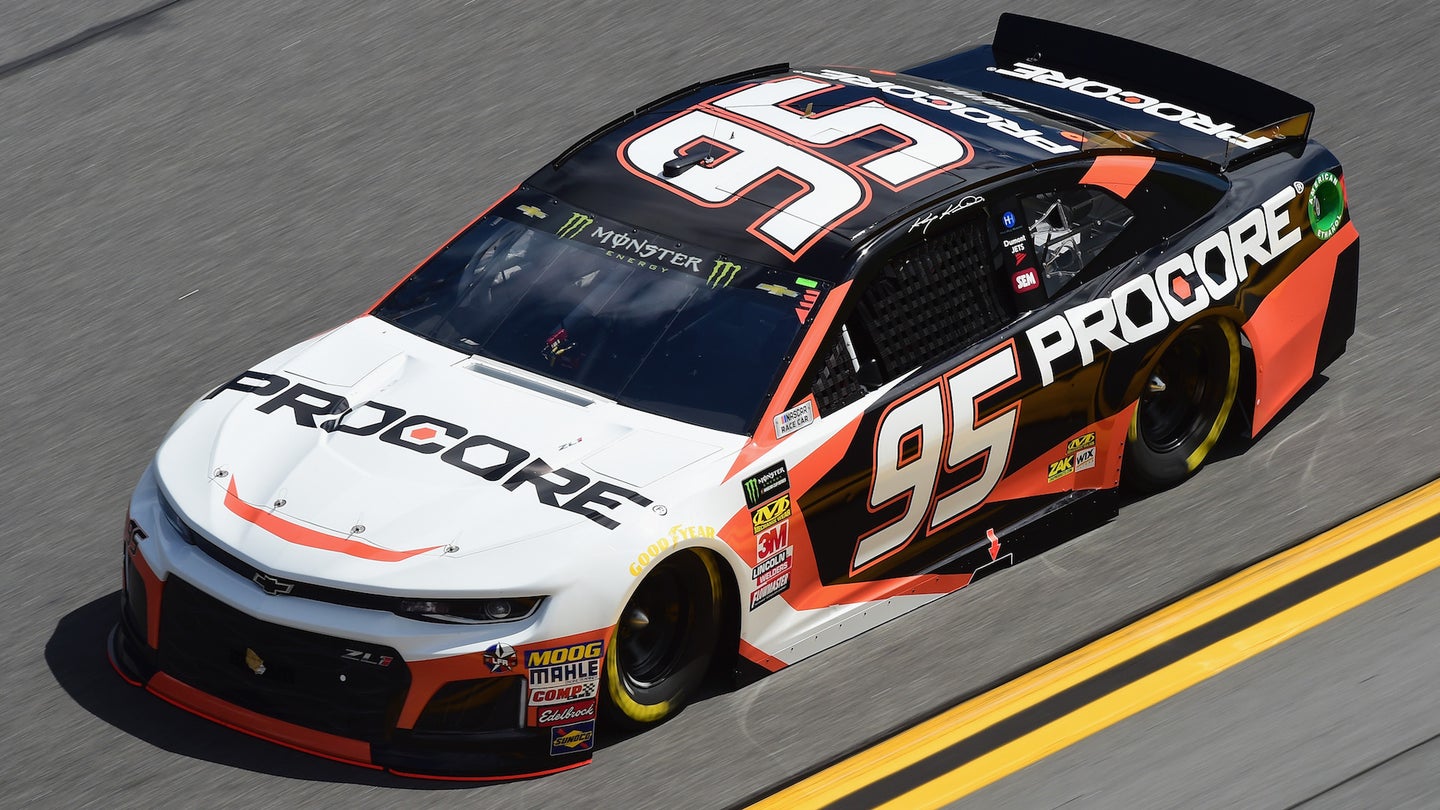