VW’s WRC team hits the bakery before Rally Sweden. Because they can. 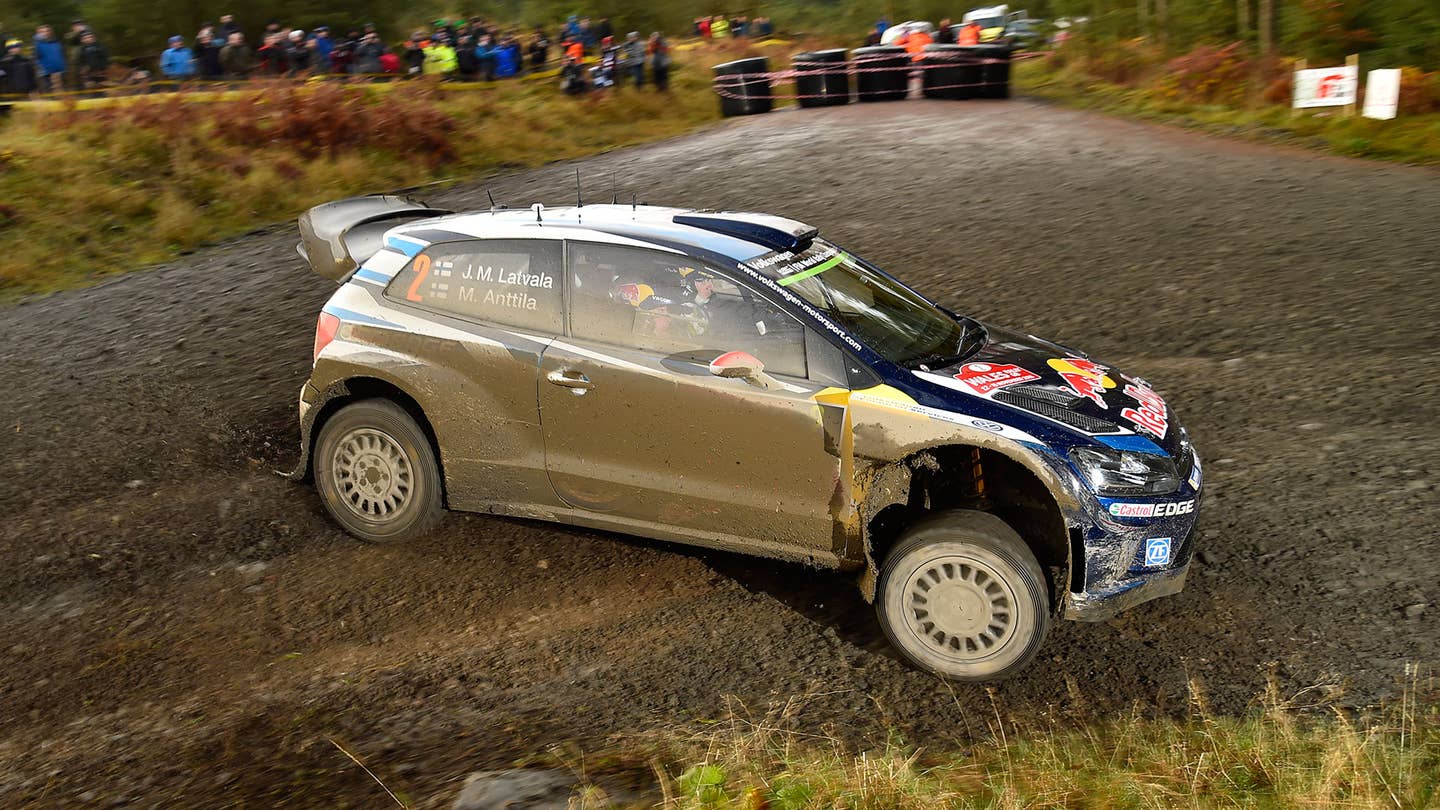 Ingredients: flour, water, salt, yeast, 318-horsepower box-flared rally-prepped Volkswagen. When it’s time to cook something special up for the Swedish leg of the World Rally Championship, VW’s WRC team has the world’s most interesting rolling pin, and they aren’t afraid to use it.

Knäckebröd is the most traditional of Swedish foods, dating back to the sixth century. Normally prepared as a celebration of the fall harvest, and again in spring when the snowmelt begins to flow, it’s thin and crunchy and goes well with some nice smoked herring. Or, you know, getting sideways on studded tires with turbocharger anti-lag firing three-foot flames out the back.

In a bit of fun, VW’s pit crew prepares a massive batch of the treat, then runs it over in the Polo R WRC, equipped with snow-specific studded tires. As well as providing grip in the ice and slush, turns out the studs are perfect for giving knäckebröd its signature perforations, letting steam out to crispen up the bread.

It’s the sort of thing the team can well afford to do, with lead driver Sebastien Ogier ahead in the standings, well on the way to a fourth straight championship. In WRC, VW is the one to beat. And speaking of simple European snacks, can we get the Polo R over here already? The GTI is a lovely machine, but just as the Fiesta ST is a lot more fun than the Focus ST, the Polo’s smaller footprint looks like the thing we would hoon the absolute bork out of. Skål!