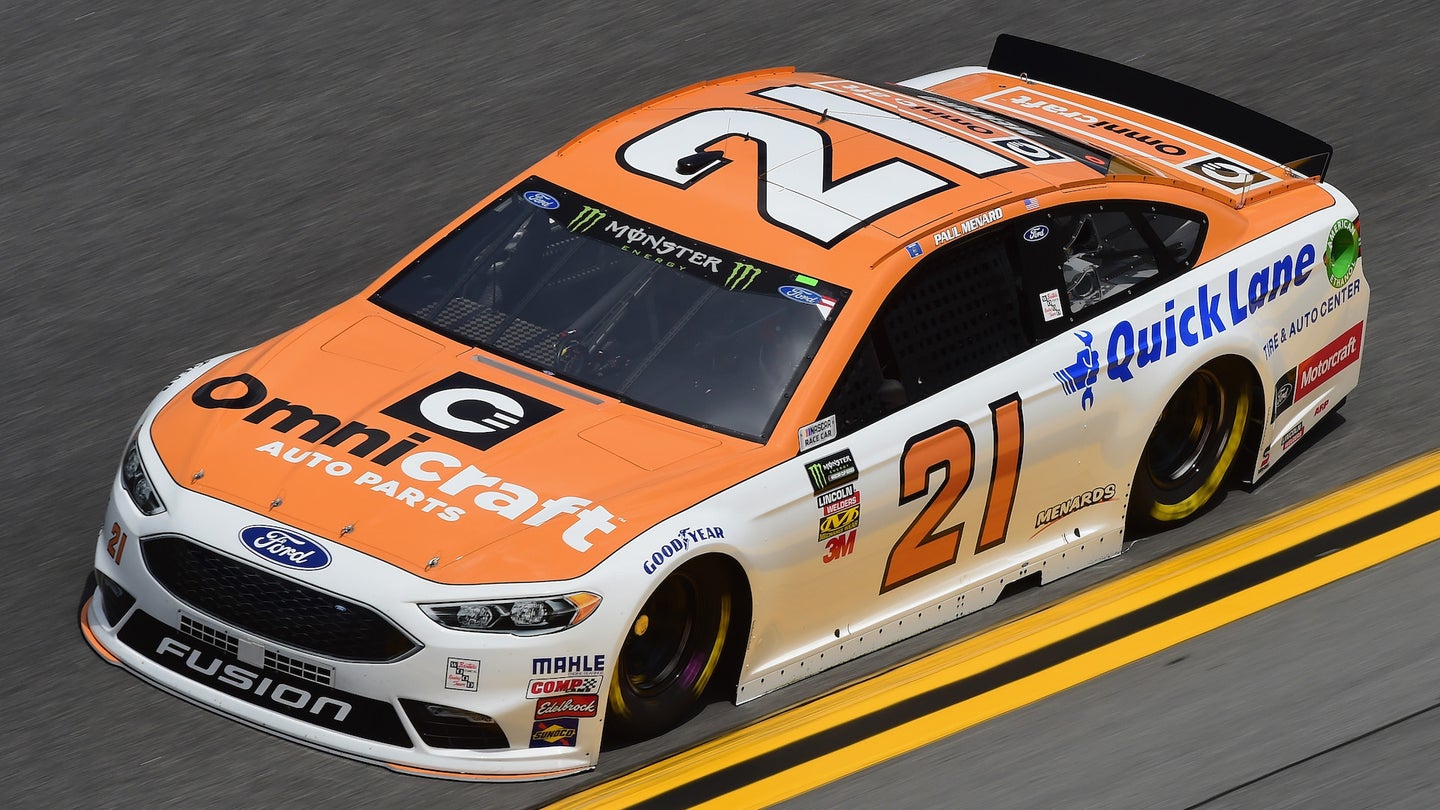 Rain severely abbreviated what was supposed to be a two-day Goodyear tire test on the “roval” at Charlotte Motor Speedway in Concord, N.C., in March, so NASCAR drivers Kyle Busch, Trevor Bayne, Paul Menard, and Kyle Larson returned to the track Tuesday for a one-day, rescheduled test. The 2.28-mile road-course/oval hybrid will host the Xfinity and Monster Energy NASCAR Cup Series Sept. 28-30, with the CMS fall weekend being moved from the traditional oval. It will be the first race weekend hosted by the newly-created circuit.

Menard gave more weight to the results from Tuesday over the test time last month.

“It’s unique,” Menard said of the course during a midday media availability. "We got some testing in [in March], and it was much cooler. Today was a lot like what we’ll have when we come back for the race, so this was a truer test. Goodyear’s doing their best to give us a tire that has good grip but also lasts for a fuel run.”

Goodyear got information on tire wear by requesting that teams make runs of at least 20 laps on each set of tires, according to Bayne.

The Cup Series already runs twice per year on road courses at Watkins Glen International in New York and Sonoma Raceway in California, both during the regular season. The Charlotte Motor Speedway “roval” will be the series’ first on such a hybrid-type course and first road-course race, of sorts, in the series playoffs.

"It’s different for sure,” Menard said. “It’s definitely a unique race track for a road course. We run Sonoma, which is very slow and slippery. We run Watkins Glen, which is fast. This is somewhere in between. The infield is slow and slippery, and the banking still has the speed. We’re trying to find the right camber settings so we don’t wear out the tires. It’s been a challenge thinking, ‘Are we going to be more like Sonoma or Watkins Glen?’"

Extra track time to help Cup teams prepare for their September race on the “roval” has been scheduled for July. Some teams will test the course on July 10 and others on July 17.