Where fast is never fast enough: From August 25 to August 30, the Bonneville Salt Flats in Nevada will host the AMA Land Speed Grand Championships. 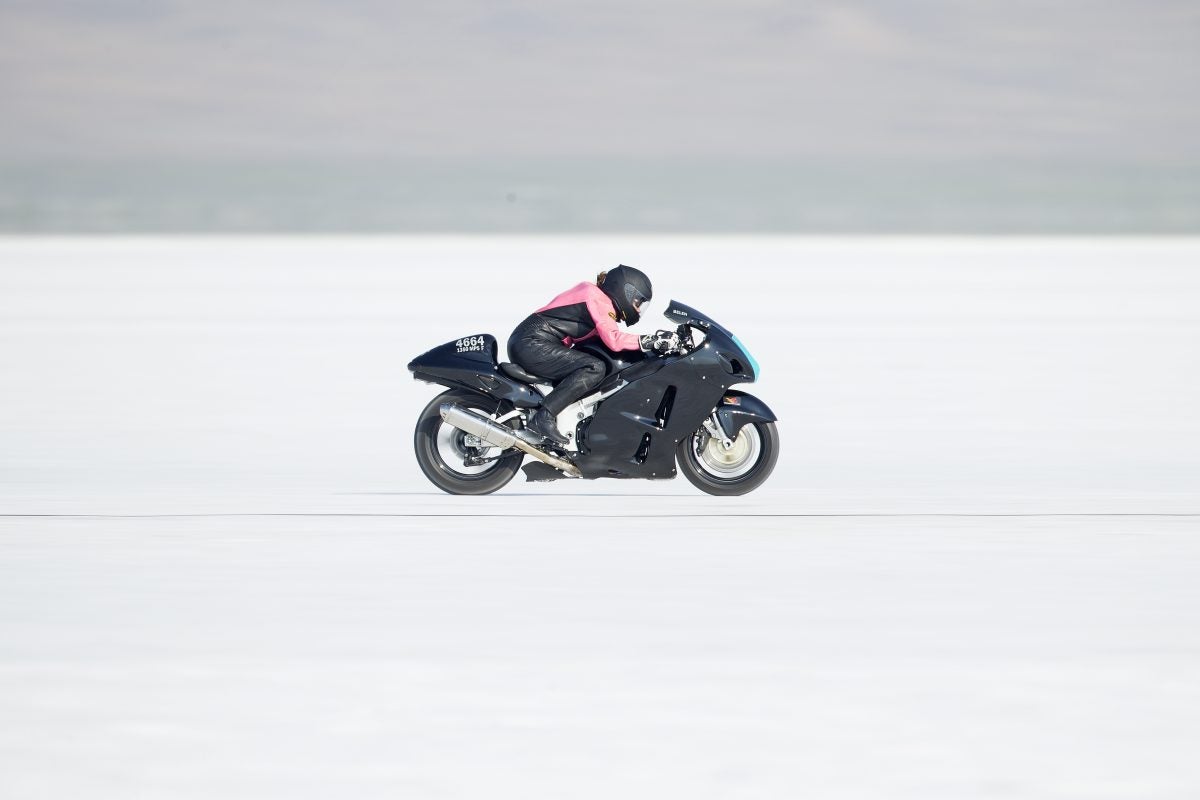 The motorcycle Land Speed Record Racing at the Bonneville Salt Flats, sanctioned by the AMA and officially recognized by the Fédération Internationale de Motocyclisme (FIM), takes place on The Salt on from August 25 to August 30.

Known as the Bonneville Motorcycle Speed Trials, this event provides amateurs with the opportunity to set records that are officially recognized internationally by the FIM, which oversees all types of professional motorcycle road racing, world round. Though the AMA officiates the racing at these speed trials for the FIM, the event is promoted and organized by Delicate Promotions. The AMA is the official FIM National Federation in the United States of America.

AMA Track Racing Manager, Ken Saillant, offered some salient thoughts on the event: “When you compete in land-speed racing, you aren’t just competing against everyone on the course that day. You are competing against all of the other riders who came before you, you are racing against history. The competitors at the AMA Land Speed Grand Championship on the Bonneville Salt Flats prepare all year for just a handful of runs on the course. The anticipation, commitment, and tension are at exceptional heights throughout the event.

“Land speed racing is one of the several motorcycle racing disciplines that showcase gender neutrality—men and women compete against each other in the same classes, on the same equipment, competing for the same national and world records," AMA Director of Racing, Kevin Crowther, said. "The AMA is proud of that level playing field and great diversity, and we’re looking forward to crowning many new record holders from all backgrounds in 2018."

The Bonneville Motorcycle Speed Trials feature numerous classes for displacement and for production and custom-built motorcycles. Classes include the purpose-built Land Speed Streamliners, with fully enclosed bodywork, that will be attempting to set new records at above 300 mph, and classes for bikes with engines as small as 50cc.

The Bonneville Speedway is a groomed area of salt in Nevada on the western edge of the Bonneville Salt Flats, just outside of Wendover, Utah. It features a track that runs for five miles toward a “floating” mountain. Attending this event is the closest thing to visiting another planet, one where the absolute, still silence of a salty desert is intermittently interrupted by the violence of high-speed machines.