Montecalvo was cleared by the medical staff following a wild collision that left his Ferrari upside down. 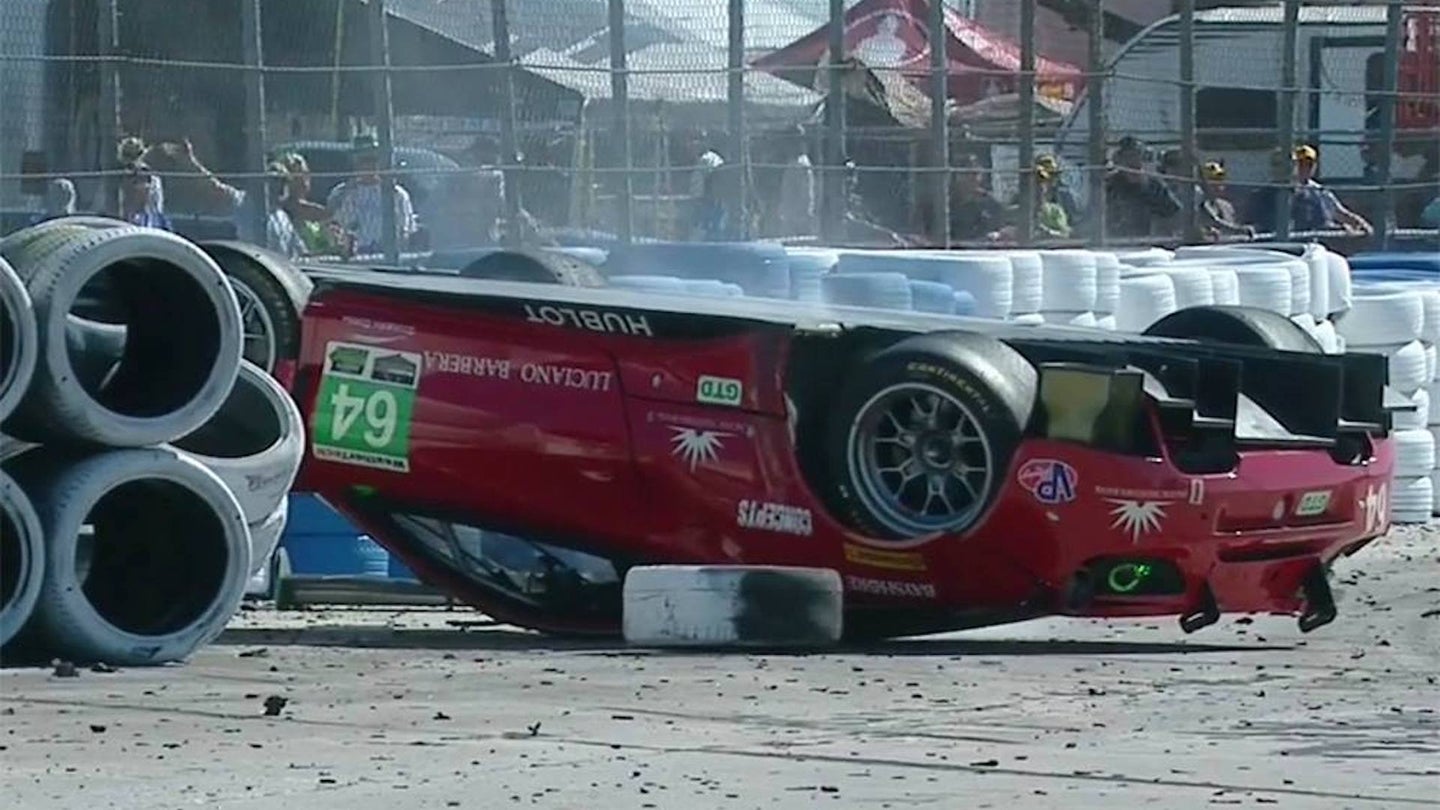 Frankie Montecalvo, the American race car driver for the No. 64 Scuderia Corsa Ferrari 488 GTE, suffered a major shunt on Sunset Bend while trying to avoid Sebastian Saavedra's spinning LMP2 racer. The accident took place within the first 19 minutes of the 2018 Mobil 1 12 Hours of Sebring.

As this video shows, Montecalvo's Ferrari 488 GT3 managed to nip the front end of the No. 52 AFS/PR1 Mathiasen Motorsports Ligier of Saavedra, which caused it to quickly go airborne, flip, and land flat on its roof. The accident brought out the first full course yellow flag of the 12-hour race.

It's not quite clear what caused Saavedra to lose control and do a 180-degree spin on the last corner of the iconic track, but the Colombian managed to keep his engine alive and slip into the pit lane entrance, which was conveniently located by where the collision took place. Unfortunately, Montecalvo didn't enjoy the same luck, and now his teammates, Bill Sweedler and Townsend Bell, may not get their chance of winning Sebring—a chance that they very much deserve.

With a considerable amount of time still remaining in the event, we're hoping it's a safe and clean race for all participants. It's worth noting that the endurance race itself got off to a troublesome start with  Tristan Vautier going wide in the first turn at the wheel of his Spirit of Daytona Cadillac, and punting the Tequila Patron ESM Nissan of Oliver Pla, causing him to retire from the race due to severe gearbox damage.