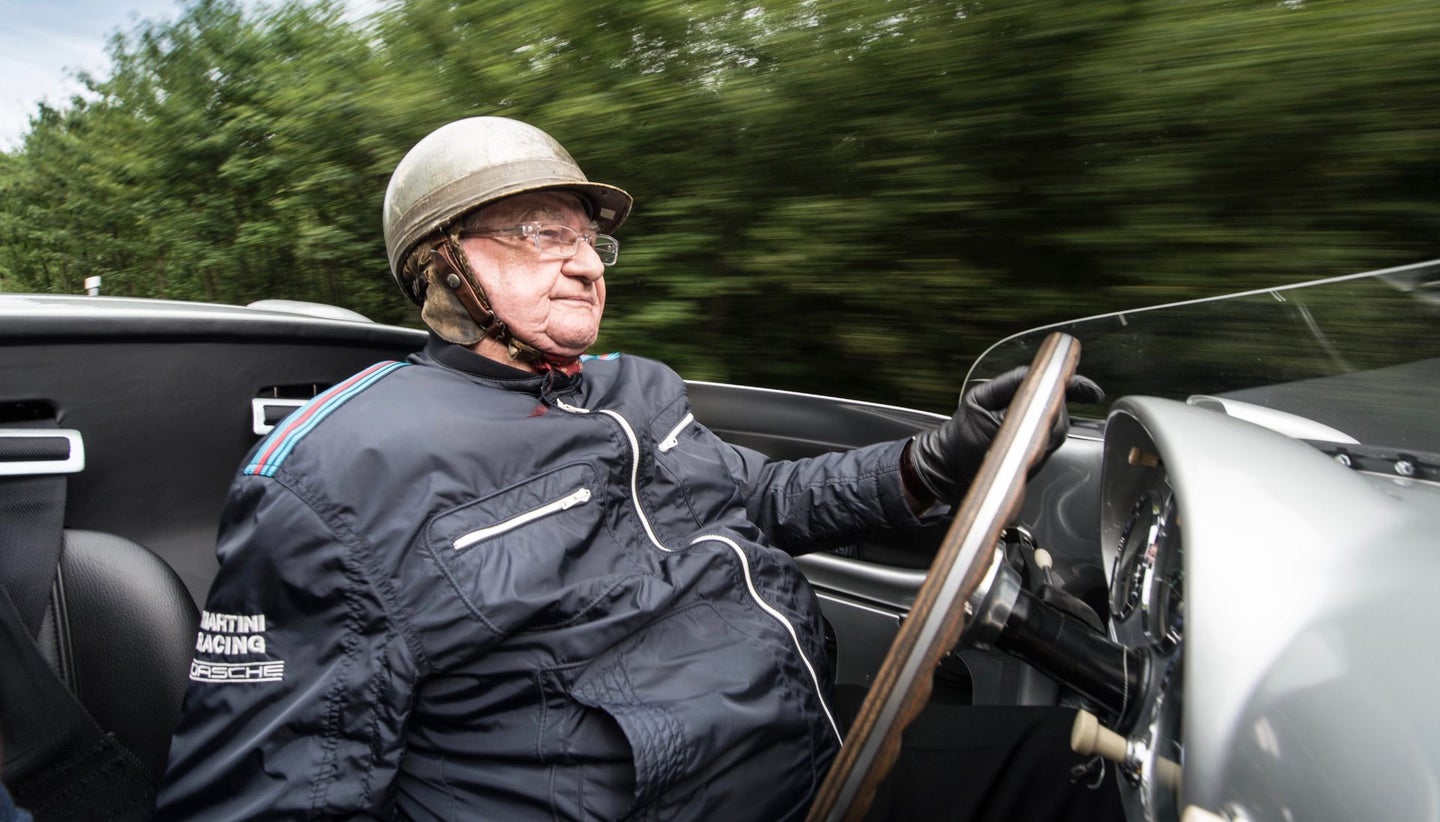 Being a race car driver is one of the most badass jobs you can have. But let’s face it, the driver’s today will never know the struggle. The racing legends of yesteryear are the real OGs of badassery. Roll cage? Neck harness? Some of these old-timers barely got a windshield in front of them. Racing was insanely dangerous back in the day so when one of these guys makes it to 90-years-old, it’s an event. Porsche took the time to wish motorsport legend Hans Herrmann happy birthday.

He was born in the perfect town for a Porsche driver, Stuttgart, in 1928. He was an endurance specialist, winning more than 80 overall and best-of-class victories. He was behind the wheel of the Porsche 917 in 1970, when Porsche claimed its first overall victory at Le Man, thirteen years after his first entry in the famed race.

You can’t hit the big 9-0 as a famous racecar driver without some well-publicized near-death experiences. In 1954 at the Mille Miglia, Hermann and his co-pilot Herbert Linge nearly died in their 550 Spyder when they turned at a rail crossing which had the barriers down. The two had to duck flat under the barriers while driving and narrowly escaped the path of an oncoming train. Hermann was later quoted as saying, in German, “You’ve got to be lucky. Luck, for a racing driver, is to survive.”

Well, survive he has. After retiring from active racing at age 42, Hans is still known to pilot a few historic race-cars in vintage car events at the Porsche Museum. Happy birthday Hans!