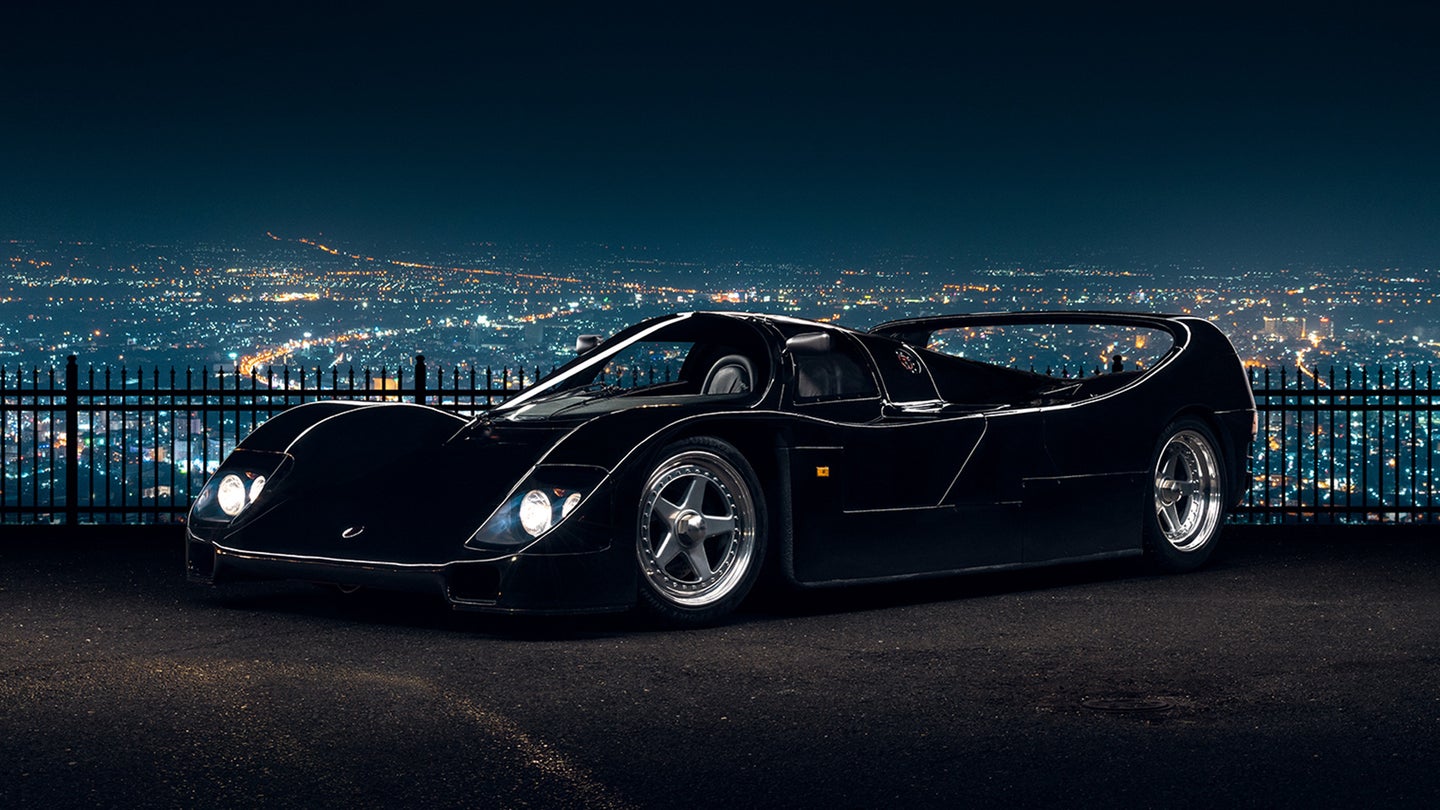 Everything can be bought for enough money. But for some items, that cost is simply so high, they're effectively priceless. If you had enough cash, you could probably take the Mona Lisa off the French government's hands—but they'd probably demand enough coin to buy the Force du frappe a half-dozen new ballistic missile submarines, and a sixth week of vacation for everyone in the civil service for good measure. And what the Da Vinci classic is to France, this Schuppan 962CR—a street-legal race car based on the legendary Porsche 962—is to car collector Matthew Ivanhoe.

It's hard to blame him for wanting to hang onto this low-slung piece of automotive history. Only six Schuppan 962CRs were ever built a quarter-century ago, featuring special carbon monocoques and bodies whipped up in part by former Porsche racing driver Vern Schuppan and a rumored pricetag of between $1.5–$1.9 million. (Ivanhoe was tight-lipped about how much this one cost him.) The car currently occupying a spot in Ivanhoe's garage is chassis number six. And remarkably...it's never really been driven.

"It's a zero-mile, completely original 962 street car," Ivanhoe said. Which means no one has ever known the pleasure of winding this 2,300-pound car's Hans Mezger-designed 600-horsepower, twin-turbo flat-six through the gears of its five-speed manual. No one has ever attempted to see how close they can come to the car's claimed top speed of 230 miles per hour. Not only does it still sit on the original tires, Ivanhoe said, they still bear the yellow marker lines on the tread from when they were new.

"It's a car that even today, you can line up next to the current crop of hypercars and it'll chew 'em up and spit 'em out," he said.

It took Ivanhoe—who, as an automotive aficionado and the founder of high-end classic and exotic dealership The Cultivated Collector, is lucky enough to buy up insanely-desirable cars for both business and pleasure—a while to finally bring this Porsche home. He first spotted it when a friend told him Hudson Historics—a New York racing shop with a knowledge of Porsches—had trailered it down to Daytona Beach, Florida, for the Historic Sportscar Racing 24-Hour Classics race back in 2017. By his own admission, Ivanhoe went nuts; after a while, he convinced the car's then-owner to part with it, eventually taking custody of the black Schuppan in early 2018.

According to Ivanhoe, the car's zeroed-out odometer was a result of some misadventures in rule-fudging on the part of its original owners. Back in 1994, it went to Le Mans, but never raced; while the team was supposed to bring both a race car and a street-legal one to prove it had been homologated, Ivanhoe said, they actually just brought the one example, with plans to surreptitiously swap it from street spec to race mode when no one was looking. But they were found out, so they packed up the car and went home. Later that year, Schuppan's company was forced to declare bankruptcy; one of the creditors happened to be someone who made bus windshields in the same industrial park as the company's headquarters, and he accepted the never-used car as part of his payment. Legend has it they simply knocked down a wall and rolled the car into his office—where it sat from 1994 until 2010, when it was sold off and sent to America.

And apparently Ivanhoe possesses the willpower of Hal Jordan, because he hasn't yet taken it out for a spin in spite of the obvious temptation. “There are few things I have done in the automotive world that are more torturous than owning this car,” he said. “It’s a missile. It’s an absolute missile...to be able to unleash that thing…you’re talking about a car that’s got mega aerodynamics. The faster you go, the better it is."

"To be able to experience that with a license plate on the back would be absolutely incredible,” he said. “Under the right circumstances, I might consider it.”

Circumstances, say, such as the next Rennsport Reunion, the semi-regular gathering of current and future classic Porsches next scheduled to be held at Laguna Seca and the nearby areas this September, where Ivanhoe plans on bringing this Schuppan to meet its cousins. Or at the festivities surrounding the Pebble Beach Concours d'Elegance in August, where the car will also make an appearance. Or even at Luftgekühlt, the late-April celebration of air-cooled Porsches spearheaded by factory racing driver Patrick Long. (While the 962CR isn't air-cooled, Ivanhoe said Long made an exception for the rare Schuppan.) Luckily for the rest of us, this 962's current owner has no plans on keeping the car sequestered away the way it spent the better part of two decades. For Ivanhoe, the most important thing right now is to elevate the car's profile—to get people talking about it in the same breath as such homologated Le Mans-bred legends as the Mercedes-Benz CLK GTR, the Porsche 911 GT1 Straßenversion, and even the McLaren F1. 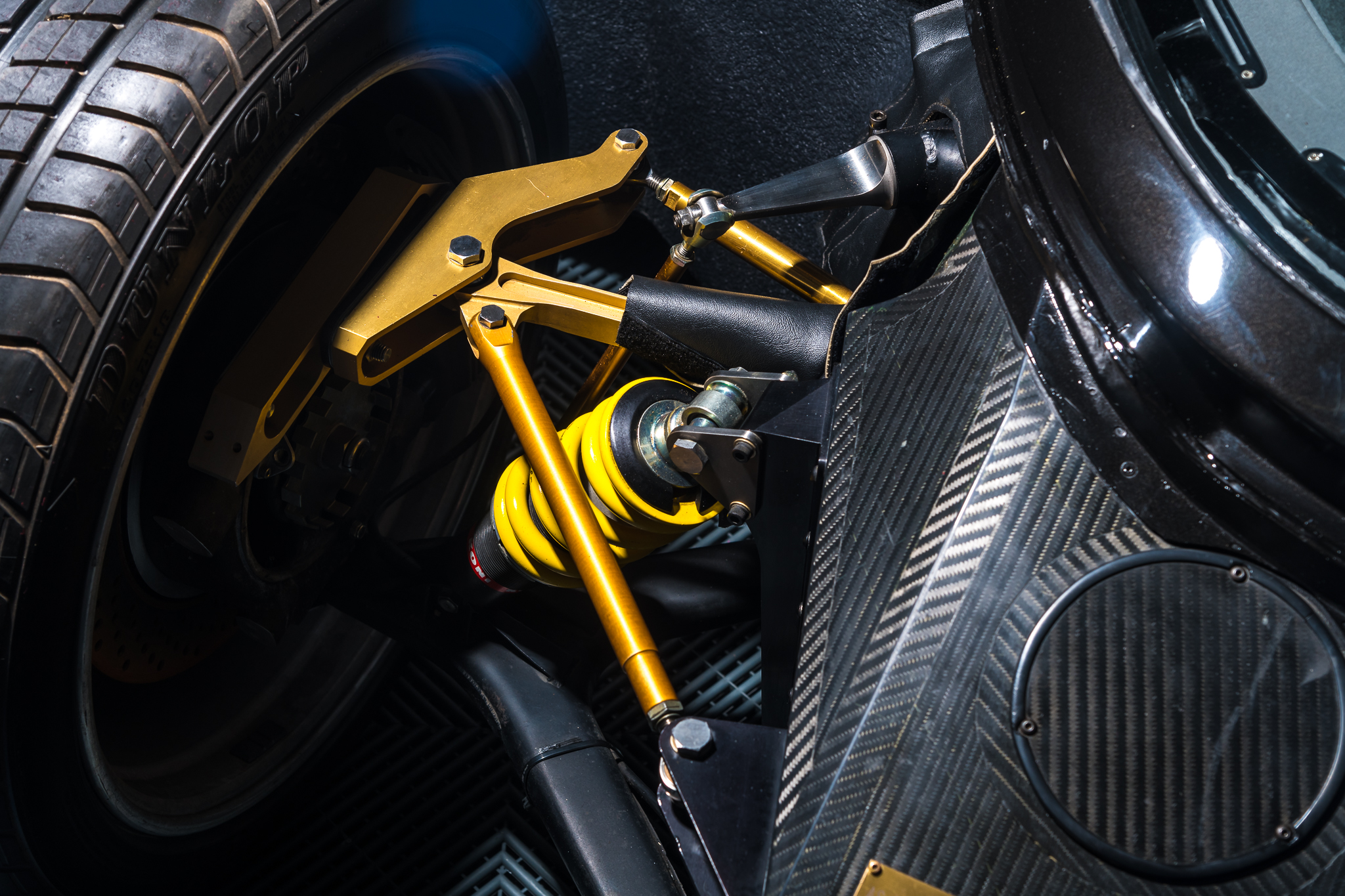 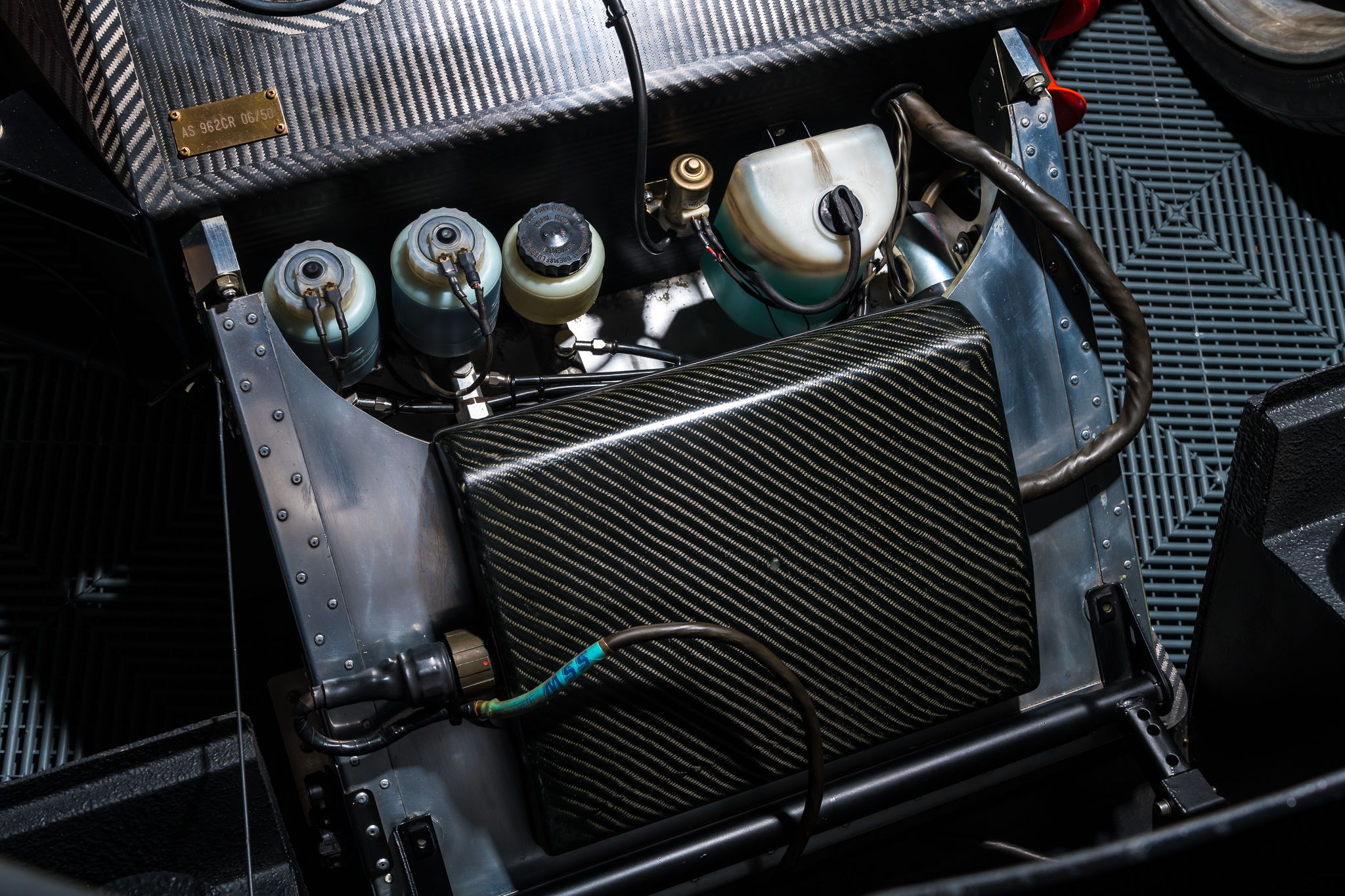 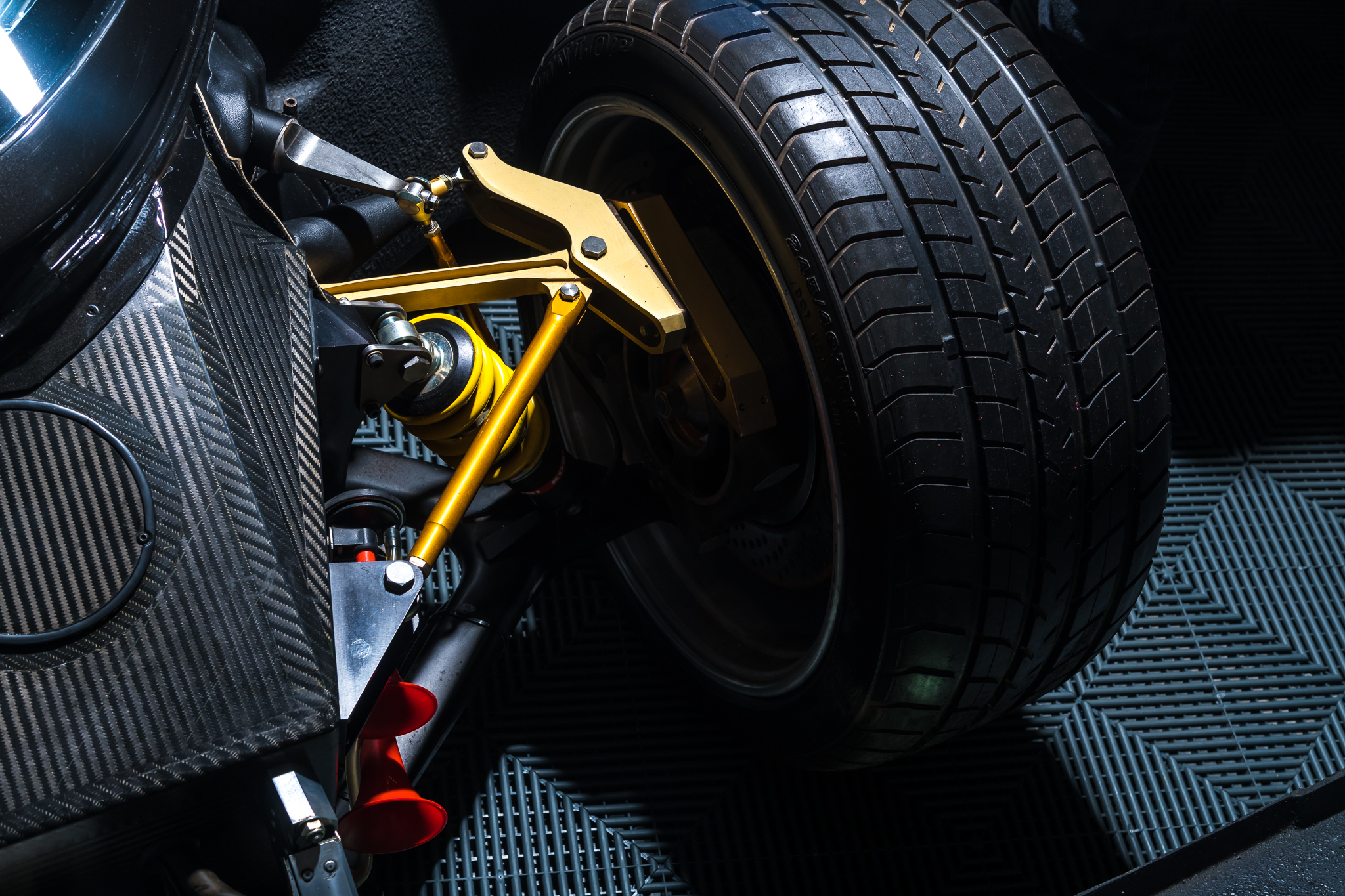 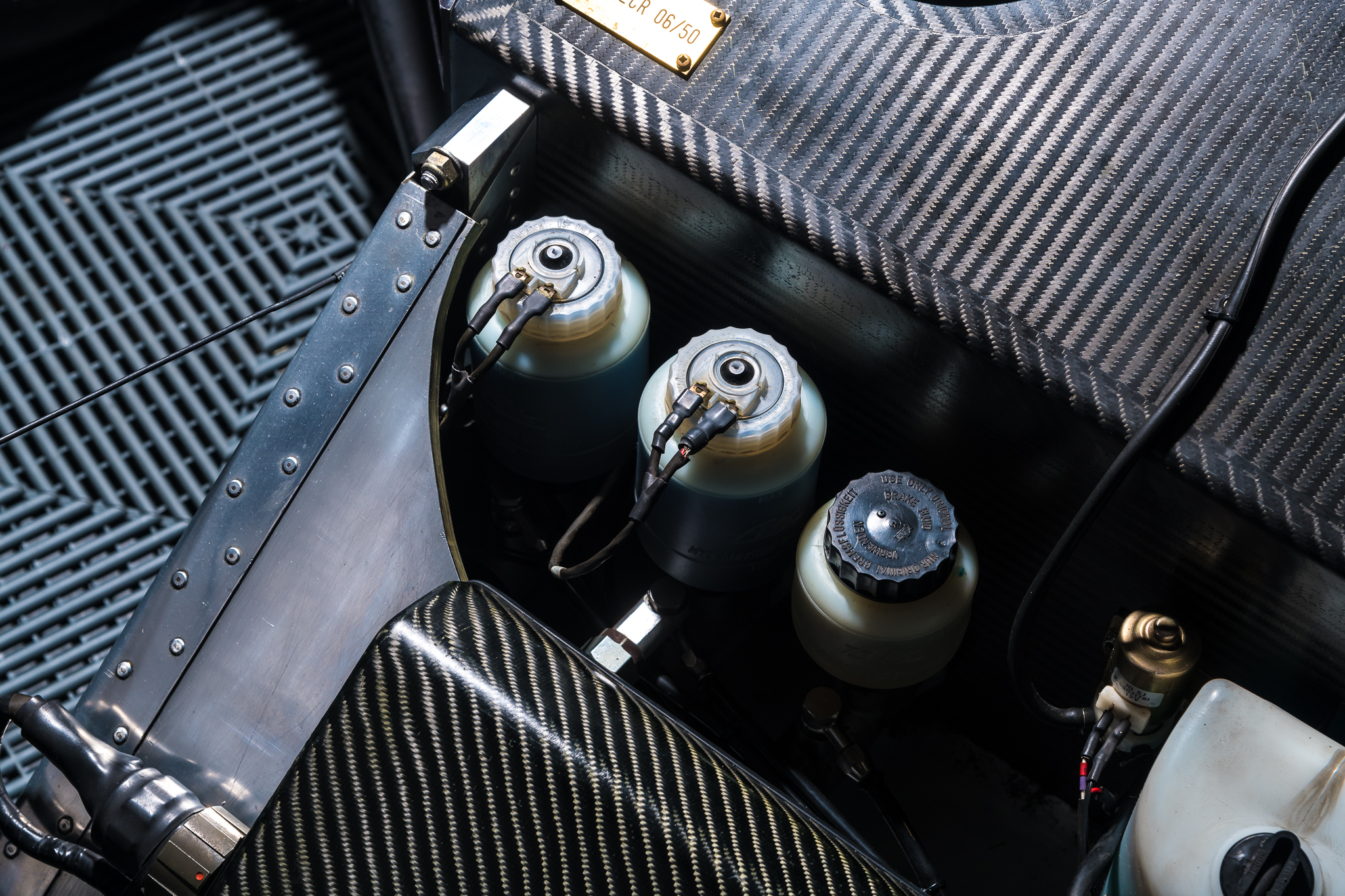 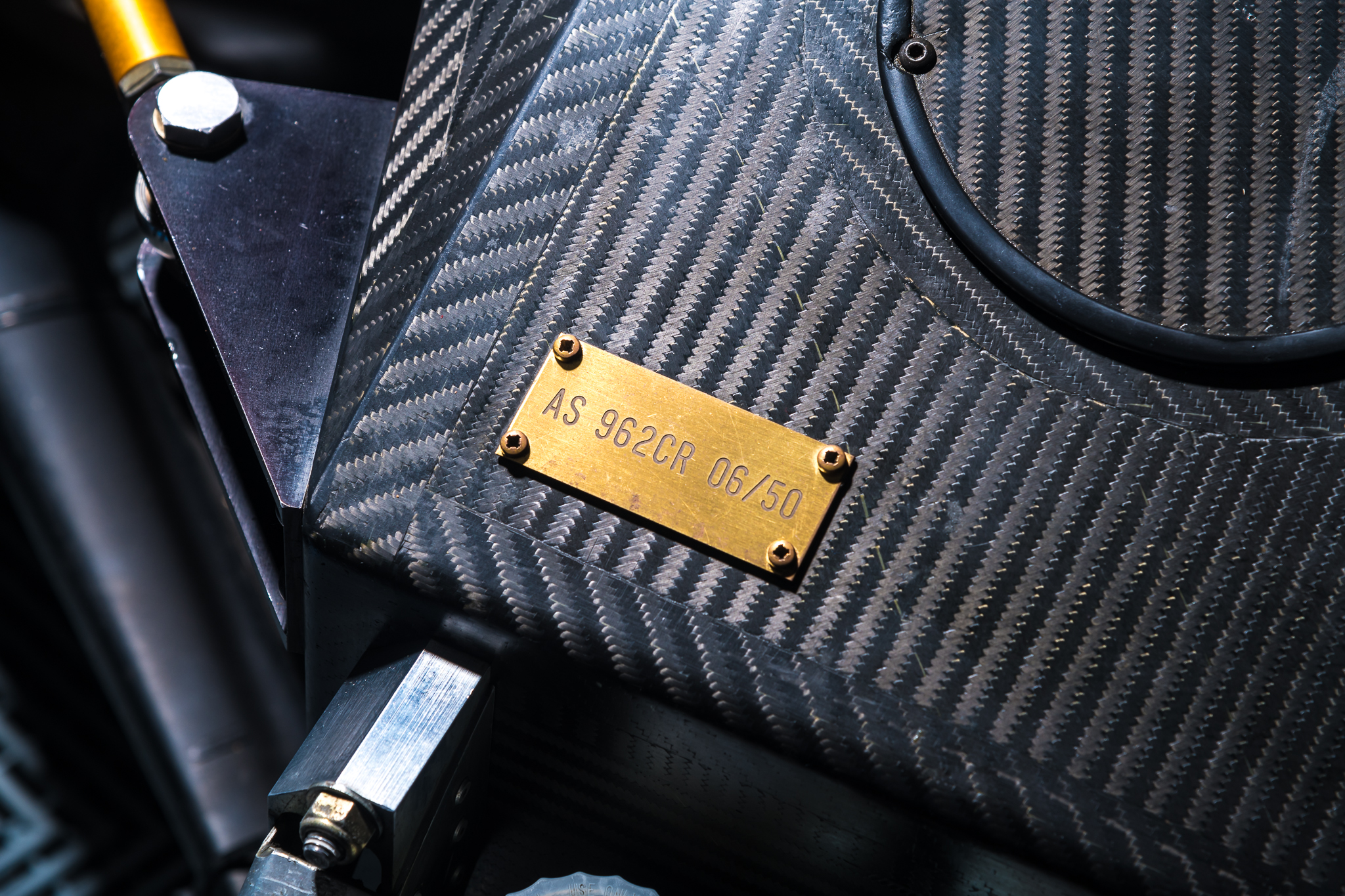 "It's a car that's been hiding in the shadows for years and years," he said. It's time, he added, to "get it out there and make its story known."

Can You Buy Fancy Cars with Bitcoin?
The Drive
MORE TO READ