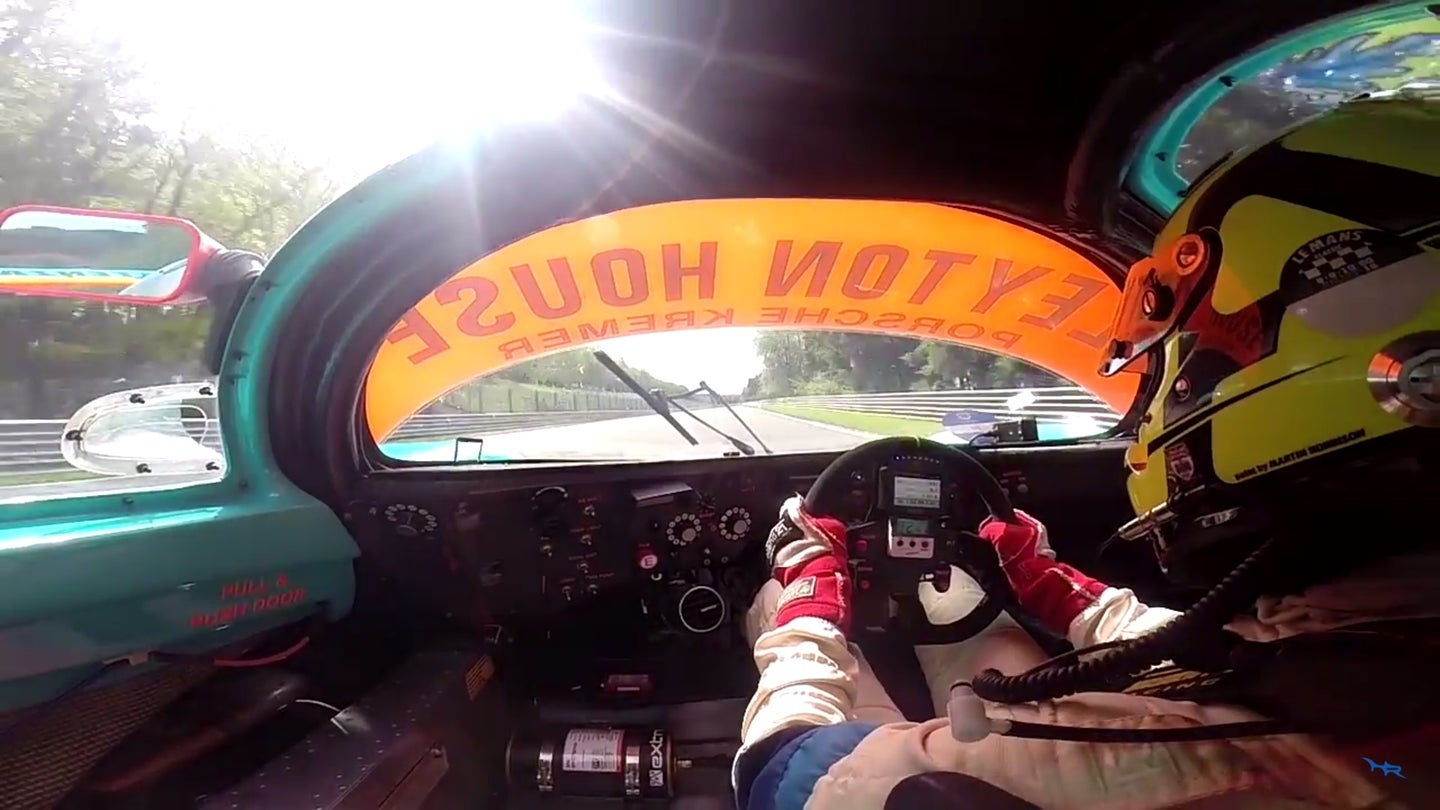 The greatest part of vintage racing is that we frequently get greater access to cars from the past than we usually get from current racing teams and series. Vintage racers really want to show off their cars, while modern racing teams take extra steps to keep their work under wraps. There is no way you'd find a full 30 minutes of onboard footage from a Formula 1 Grand Prix, because it might give the sport's fans undue access to the racing.

Moreover, these vintage cars are from an era before access like this was even technologically possible. Putting a camera over the shoulder of a 962 driver in the early 1990s would have required a heavy tape-recording video camera, and would have taken up far more room in the cockpit. Aside from being uncomfortable, it would have added excess ballast up high in the chassis, surely a racing disadvantage. Hardly any driver would allow that to have happened in those days, but in today's laid-back vintage racer atmosphere they'd absolutely want the extra ego boost of an onboard video. Not to mention, the few extra ounces of a small action camera is hardly noticeable.

The teal and orange of the Leyton House Kremer-prepared Porsche 962 is one of our favorite visuals, and we could never have imagined what it would have been like to race inside the thing. Now, thanks to this onboard video, we know full well what it was like. The wide angle lens surely distorts the view a little bit, but otherwise everything seems about normal for a Porsche racing car of the era. Because these cars were largely driven by privateer racers and gentleman drivers with lots of spare cash, Porsche designed a chassis that was easy to wrestle into submission. It is for this reason that the car was so successful in the 1980s and 1990s, while cars from other manufacturers were being wrecked by the amateur drivers sharing seat time, the Porsches continued pounding out laps.

The legendary Belgian driver gets back in his legendary German cars on a legendary Japanese circuit.

Thanks to an Instagram leak, we get a sneak peek at an awesome 2017 release Hot Wheels casting