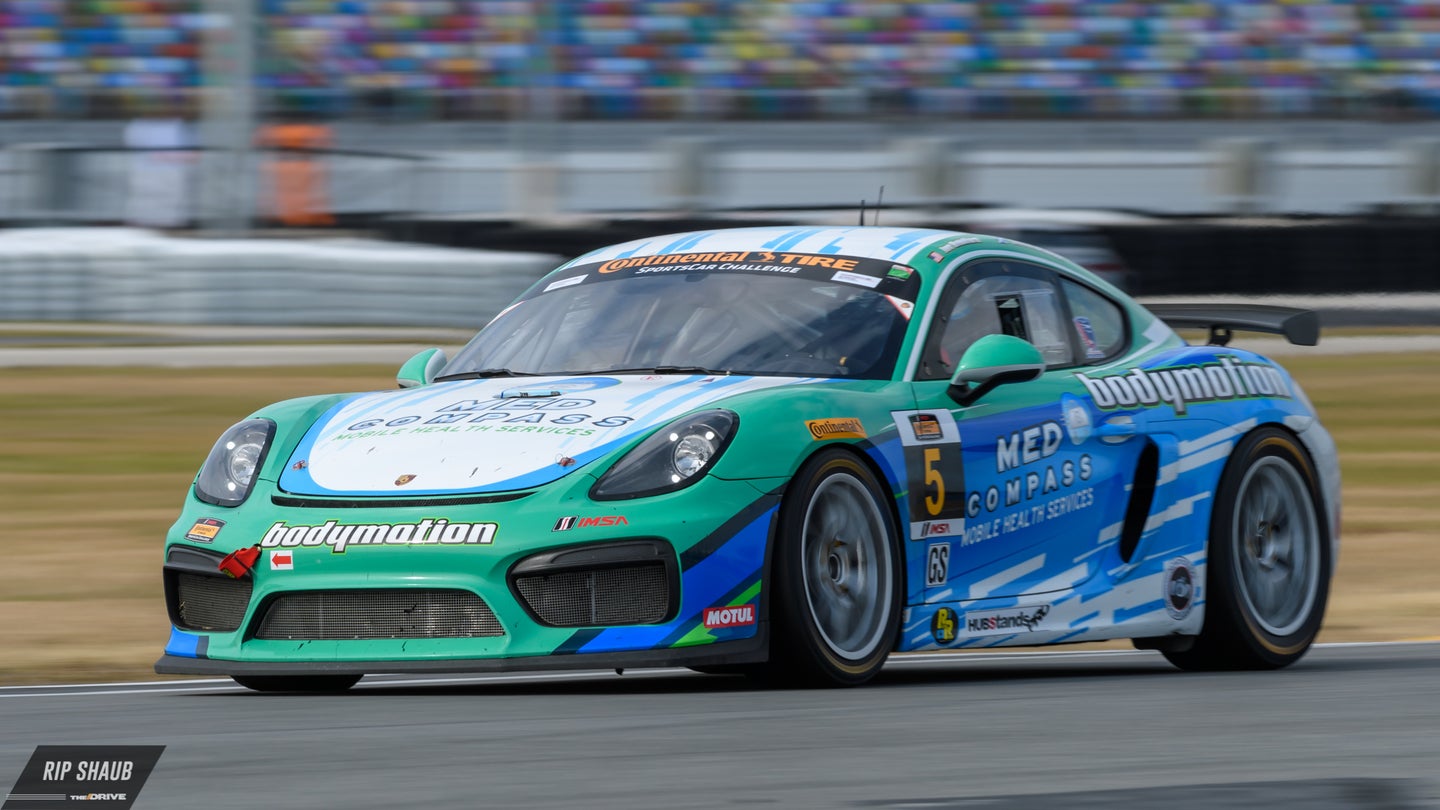 Porsche has achieved a string of success with its SRO GT4-spec Cayman in various global racing series. Its most relevant triumphs in the States include a Grand Sport championship in the Continental Tire Sportscar Challenge as well as a quartet of victories in Pirelli World Challenge last year, helping it to become instantly recognizable to American motorsport devotees. In addition to that, the car's growing presence in international competition has provoked the attention of Porsche's ever-growing GT program, and as a result, the Cayman GT4 MR-variant will be treated to a host of upgrades in 2019.

In an interview with Sportscar365, Porsche GT motorsport head Dr. Frank Walliser announced that he and his team are working on improving the Cayman platform for the evident expansion of customer racing programs. According to the exec, these revisions will address not only handling and architecture but also a modest bump in power and acceleration.

"We’ve seen in the customer's hands, there are some things you have to make easier, such as the handling,” Walliser explained. “It’s always based on street car electronics for cost reasons, and how to handle this, how to make it convenient for the customers and for the teams to handle it. This is one of the main targets.

“We’re looking to improve everything, including a little bit of engine power and we’ll add a little bit more downforce, depending on what the street car will bring.”

Walliser is understood to be referencing the upcoming 718 Cayman GT4 road car which is rumored to feature a version of the 911 GT3's powerful flat-six engine. 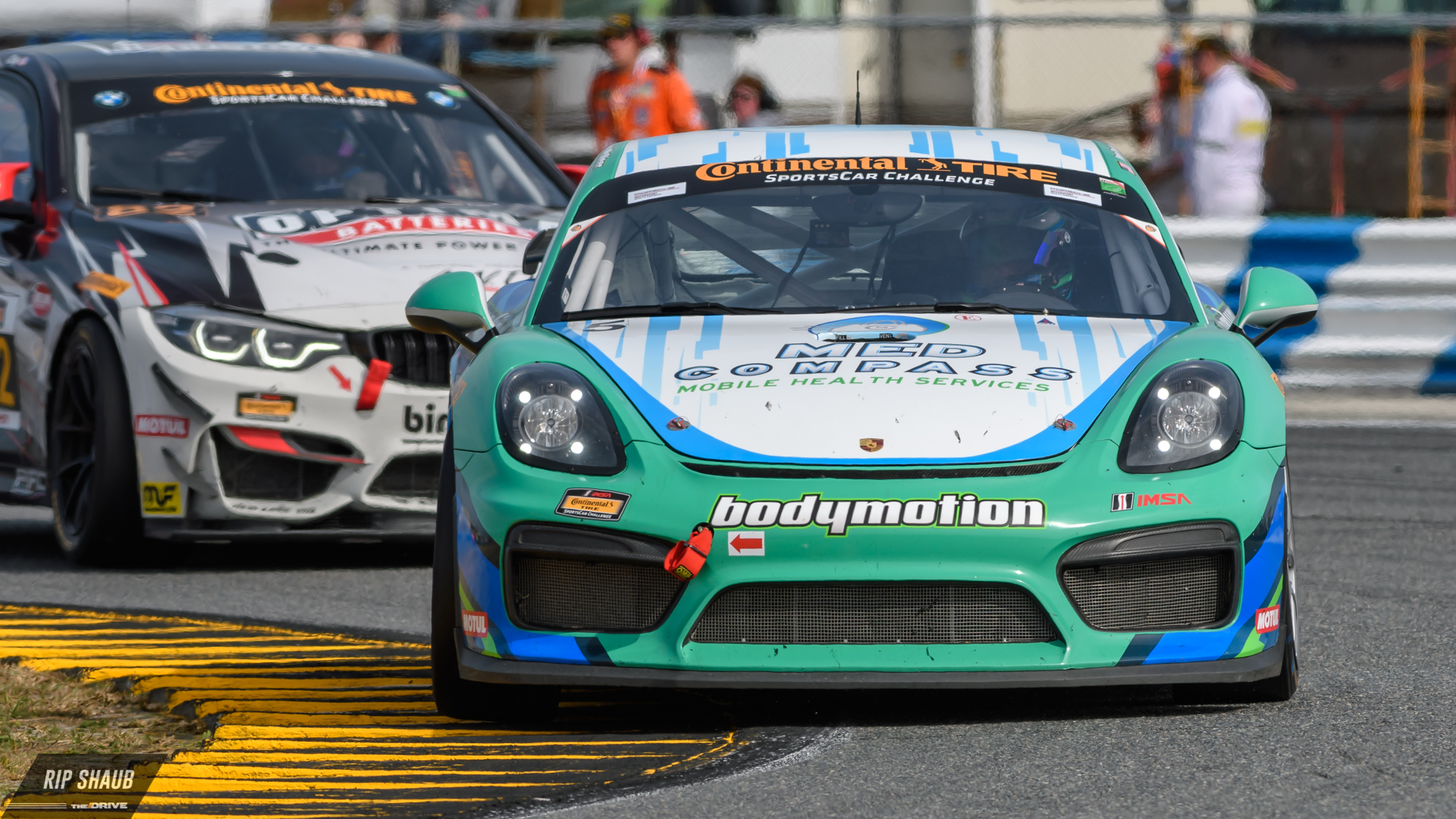 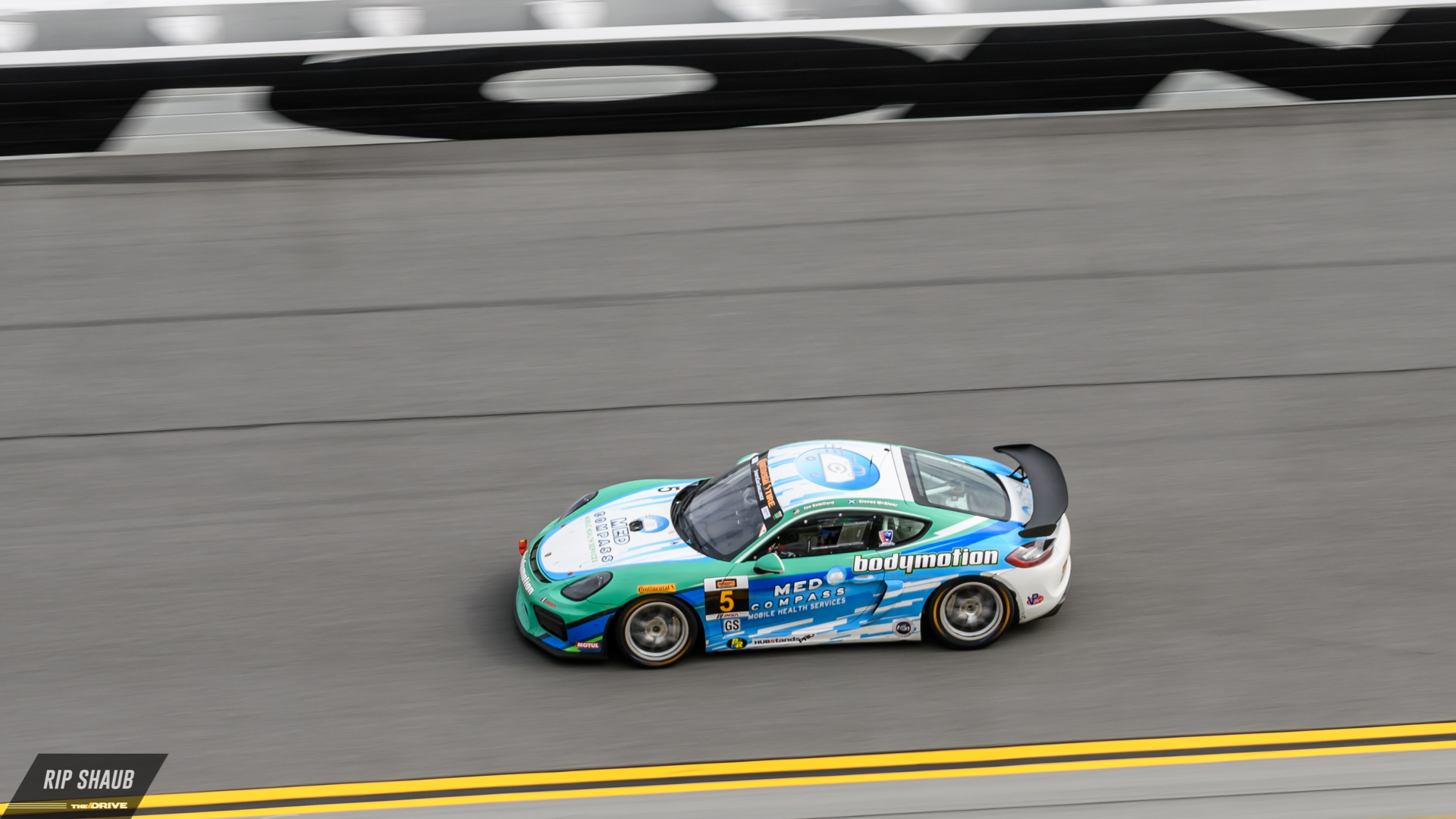 Going forward, the German then added that Porsche will not put a cap on production in order to meet increased demand. Last year, the original 400-example manufacturing run was quickly sold out, prompting the marque to build a considerable amount more in the coming years.

“If we start, like we did in the past, we’ll deliver it to customers in a significant number,” he said. “But we did not really cover the demand worldwide [with the original car]. We did not really push in the sales; it was a new category and we see a huge demand now around the world, in the Clubsport series and also in emerging motorsports markets like China and Thailand.” 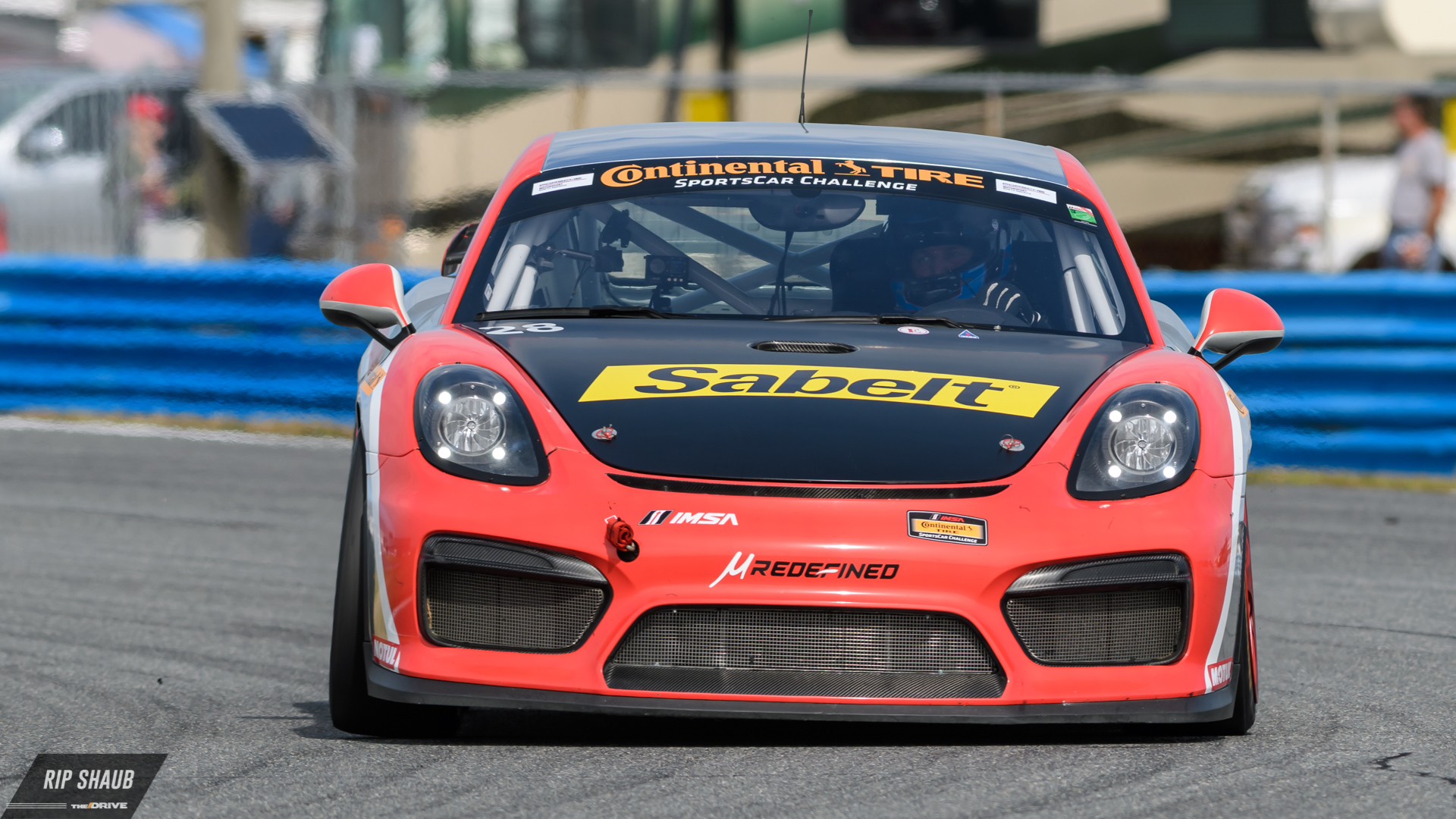 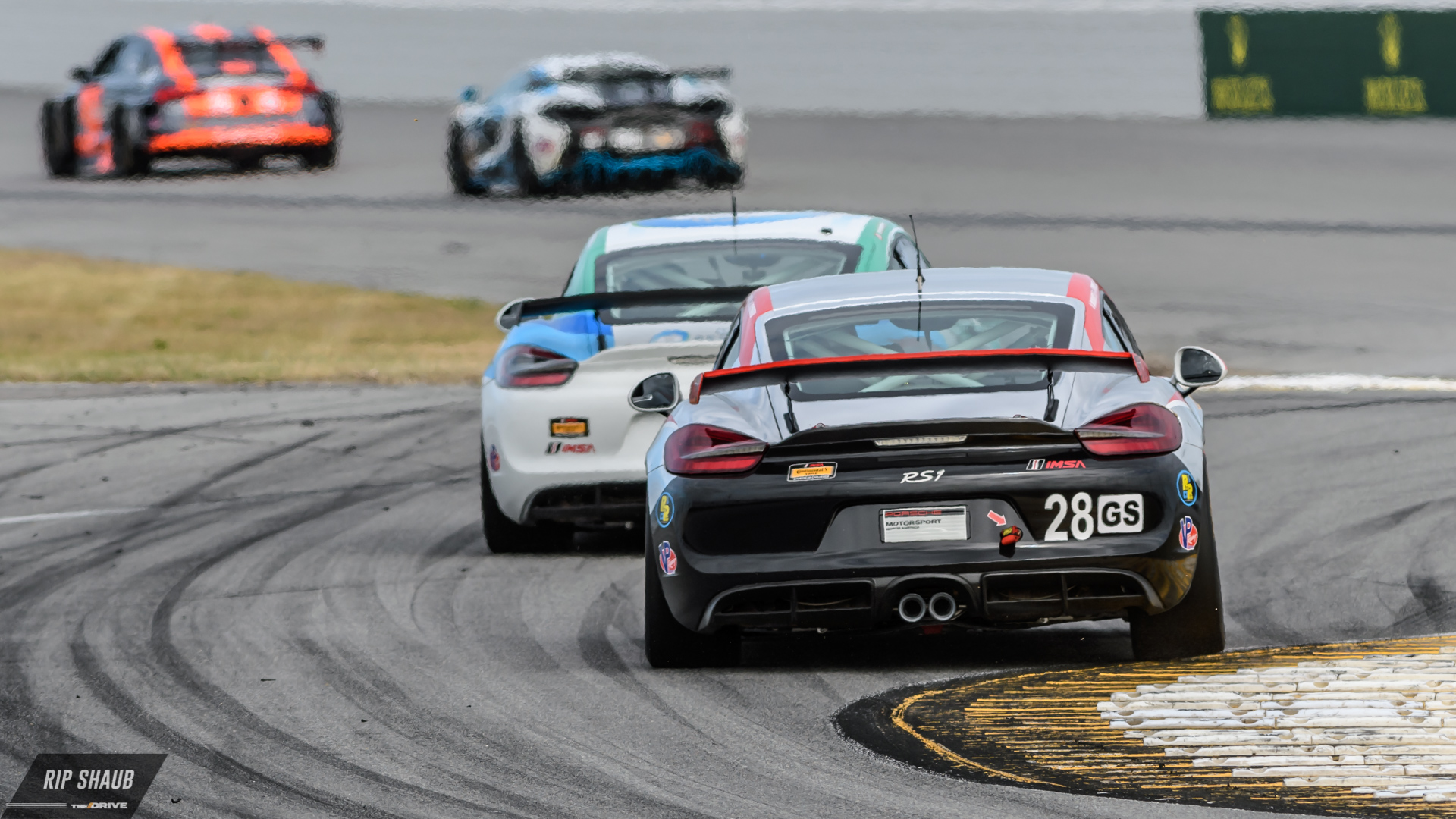 Lastly, Walliser reiterated that the GT4-spec cars will be geared towards amateur drivers rather than full-time professionals. He extended the fact that Porsche offers cars for multiple racing disciplines and that they will each remain distinct.

"It’s clear the target is for Am cars and some of the new entries, from my point of view, are beyond the line and over the edge,” Walliser said. “They are stripped down GT3 cars and we want GT4 cars. The idea is low running costs and that makes it more interested. It’s not a question if you’re a second faster or not. We need good competition. The [CTSC] race in Daytona was nice and close. But I don’t want to see pro drivers in a GT4 car. It should be Silver and Bronze drivers only.”