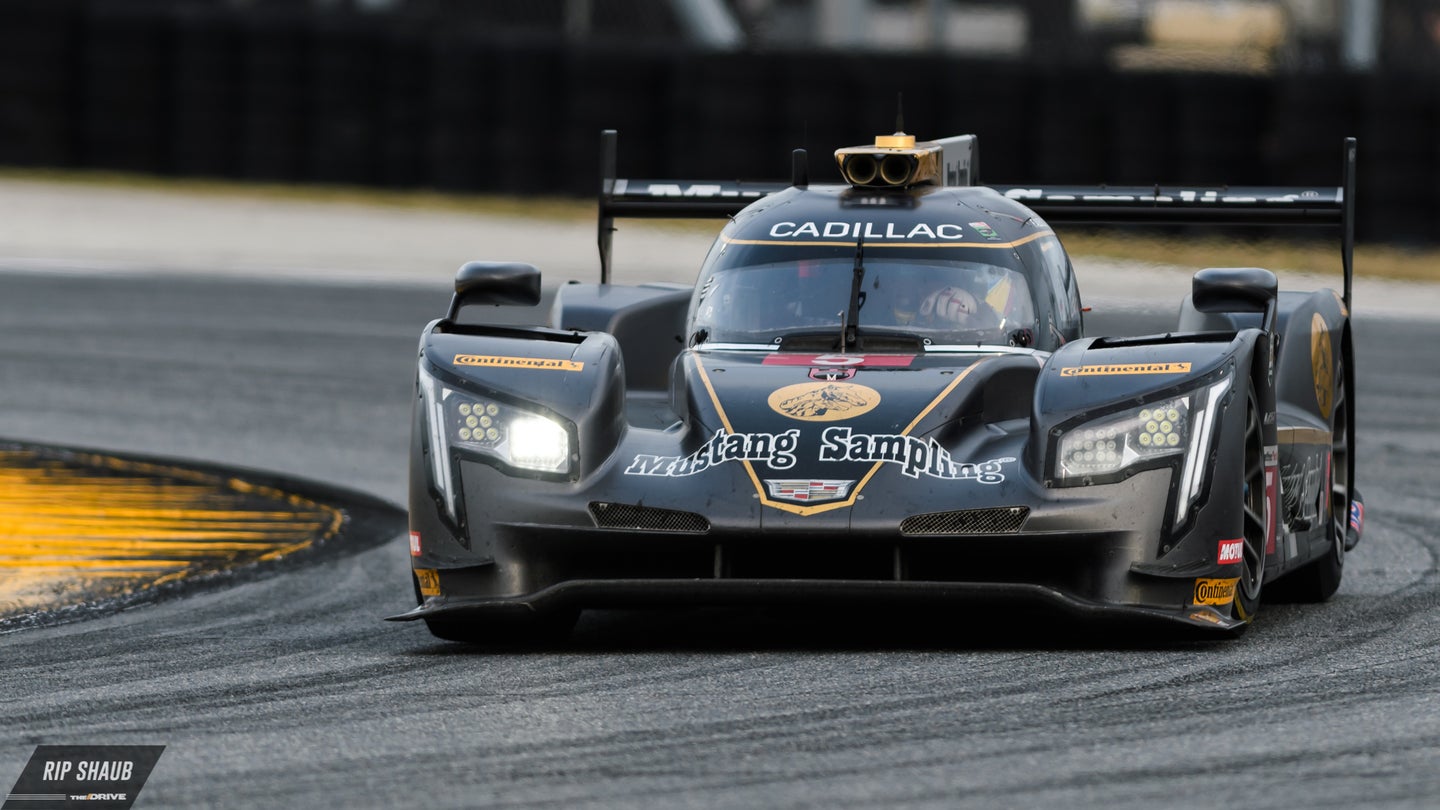 The No. 5 Mustang Sampling Cadillac DPi had governed the front of the pack during the closing daytime hours of the 2018 Rolex 24, but as the light turns to night, Christian Fittipaldi has battled emphatically against Team Penske Acura, Wayne Taylor Racing, and others to keep his spot.

Penske Acura has held close to the Cadillac entries throughout despite slight troubles including a door-latch issue and spinning out in the horseshoe. Rahal in the No. 7 car has steadily lead Pagenaud in the No. 6, promising an equally powerful punch from each of the team's competitors.

Other rivals from Spirit of Daytona Racing and United Autosports have forced a bit of pressure but currently sit far enough back to allow some room for the leaders. Lando Norris has picked up where Fernando Alonso left off in the No. 23 Ligier LMP2 car as he stays near the top five contenders, and Ryan Dalziel in the No 2. Tequila Patron ESM has bounced around the top ten in the course of an hour. Mike Conway's No. 31 Whelen Engineering machine finds itself behind the rest of the Cadillacs, but much more is still to come as just over one-eighth of the race has been completed.

Chip Ganassi Racing's No. 66 Ford GT has been a front-running stalwart by holding off the No. 911 Porsche RSR for the better part of this race. They are quickly followed up by the No. 67 CGR Ford GT as well as the No. 62 Ferrari of Risi Competizione, though the latter has consistently stayed 20-30 seconds off the lead. Both Corvette Racing C7.Rs are near the middle of the pack, and Team RLL BMW is still adapting to the M8 GTE racers.

GT Daytona, the series' Pro-Am category, has been led by Land Motorsports' Audi R8 LMS GT3 and Mercedes-AMG Team Riley Motorsports' No. 33 car. Acura and Lamborghini have both been in the conversation as well, battling through traffic and making for genuinely interesting action in the meantime.

Another stellar outing has landed a Cadillac DPi at the front of the field before this weekend’s season-opener.

An all-female racing team is a milestone for the brand and the race.