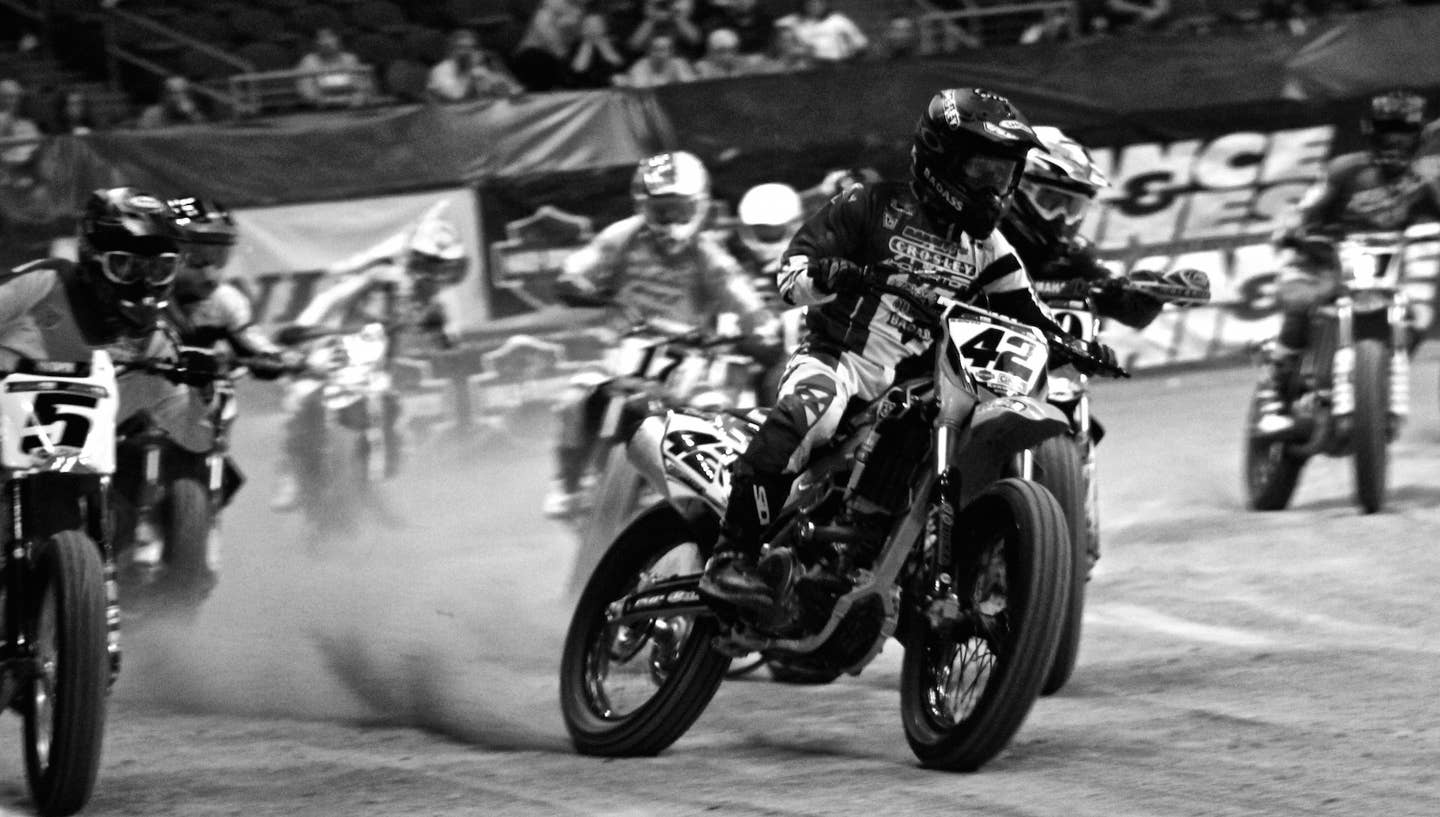 Flattrackers are cowboys. No front brake, 140 mph. Backing the tail in, on-throttle, inches from each other, steel shoes skipping and sparking off the dirt quarter-mile. Flat track is more brutal and ballsy than any (other) contact sport, and what makes it even more special is that little has changed over the years: It’s still a hard-assed, hair-raising family affair. It’s what American racing should be.

Andy Wallace drove from Florida to compete in the AMA Pro Flat Track season finale in Las Vegas. Here, he works on his bike, number 22c, after it nearly slipped off the stand and was saved by a neighboring racer.

Shayna Texter, one of the fastest women on two wheels, helps boyfriend Briar Bauman work on set-up. Bauman went on to win the main event.

90w Wyatt Anderson, freshly smooched, rides off for a heat race. He’d make the semi, but not the final.

Rider Kayl Kolkman waits out his next heat race by watching the action on the big screen with his crew.

From the instant the green flag waves, it sounds like a piston-engined bombing raid. Open pipes, the struggle for traction. It’s a roar that settles into your lungs, addictive as nicotine. Stand by the fence to get your fix and you’ll be showered in dirt. Flat track isn't dangerous for riders, but dangerous for cameras too.

No stranger to contact on two-wheels, 1993 Grand Prix champion Kevin Schwantz turned Grand Marshall for the flat track finale. His number plate, 34, might be retired out of respect by the FIM, but it’s always welcome.