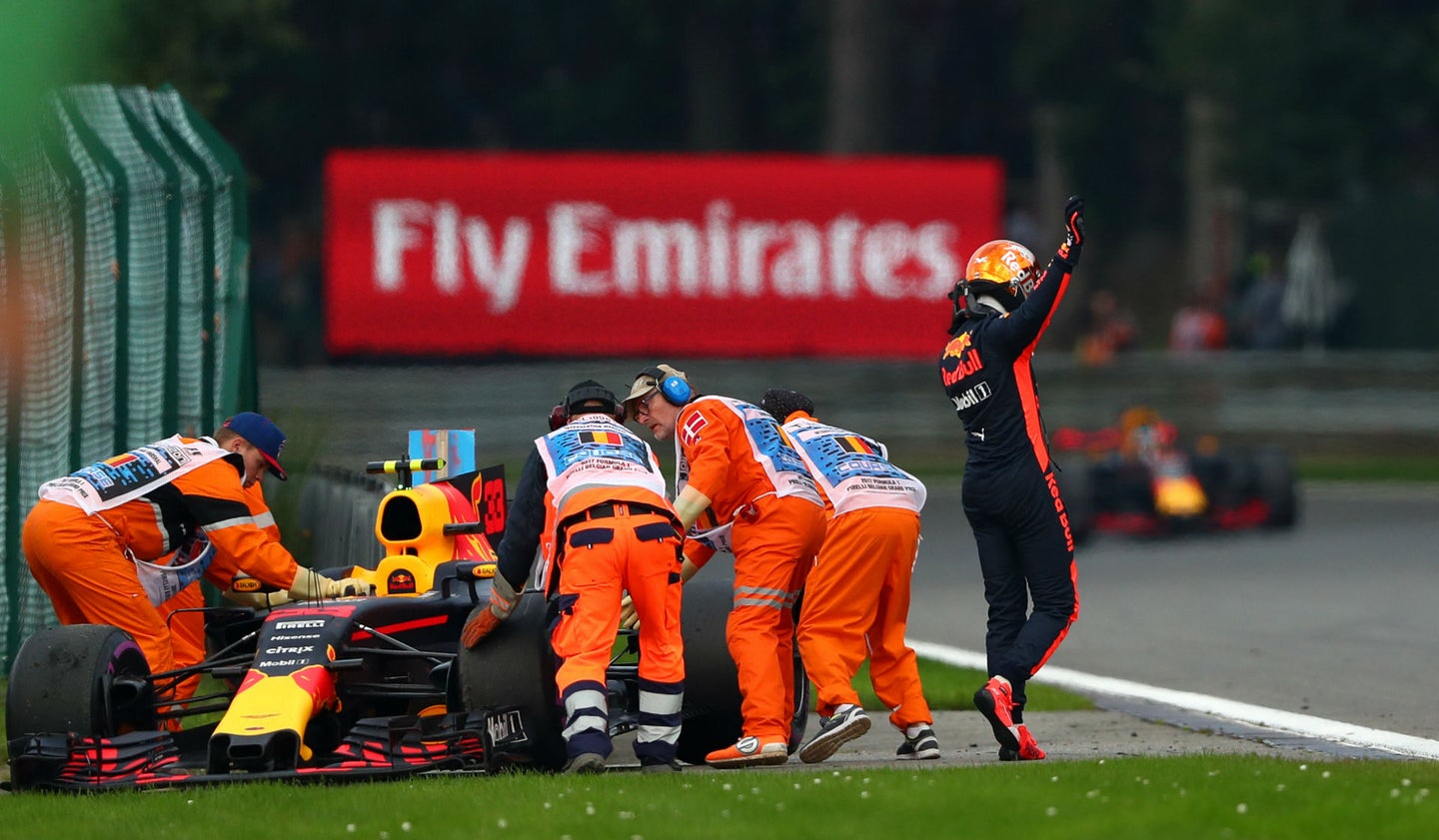 Red Bull F1 has one thing stopping it from catching up with Ferrari and Mercedes Benz—a Renault engine. Top notch drivers and a dialed-in car have allowed the team to come close and sit third in constructor's standings, but thanks to the engine's unreliability, points haven't been easy to come by. While Max Verstappen has discussed this multiple times in 2017, team boss Christian Horner also recently spoke out against the situation, showing his displeasure with both Renault's product as well as its customer service.

Horner's comments on the situation came after Verstappen was forced to retire just eight laps into the Belgian Grand Prix. This is the sixth time this season that Verstappen has received a DNF, four of which were due to mechanical issues.

“He’s just enormously frustrated as you can imagine,” said Horner following Sunday's race. “Once again, he’s in a great position and through no fault of his own, another engine issue. He has had [Renault special advisor] Alain Prost come and apologise, Renault are going to apologise, but it doesn’t change the situation unfortunately.”

Adding on to the frustration of his driver, Horner expressed his own worries regarding the way Renault has handled Red Bull's objections.

“Renault are quite aware that their reliability and product isn’t where it should be,” he said. “It’s their business to sort that out. We’re a paying customer and it’s obviously below par the service we are seeing at this point in time because [of the] reliability issues, the failures."

Horner's irritation was obvious. "We pay a hell of a lot for the engine. They need to sort it out," he

Speculation claims that Red Bull could be right up there with both Benz and Ferrari, and driver Daniel Ricciardo has still yet been able to achieve six podiums this season, including one at Belgium. If Verstappen's car was without issue, he too could perhaps compete with the likes of Hamilton and Vettel.

“Of course, in the beginning, you say maybe it’s just bad luck or whatever, [but] I’m actually competing against Fernando in terms of retirements," Verstappen exclaimed. "Unbelievable, I’m not happy at all."