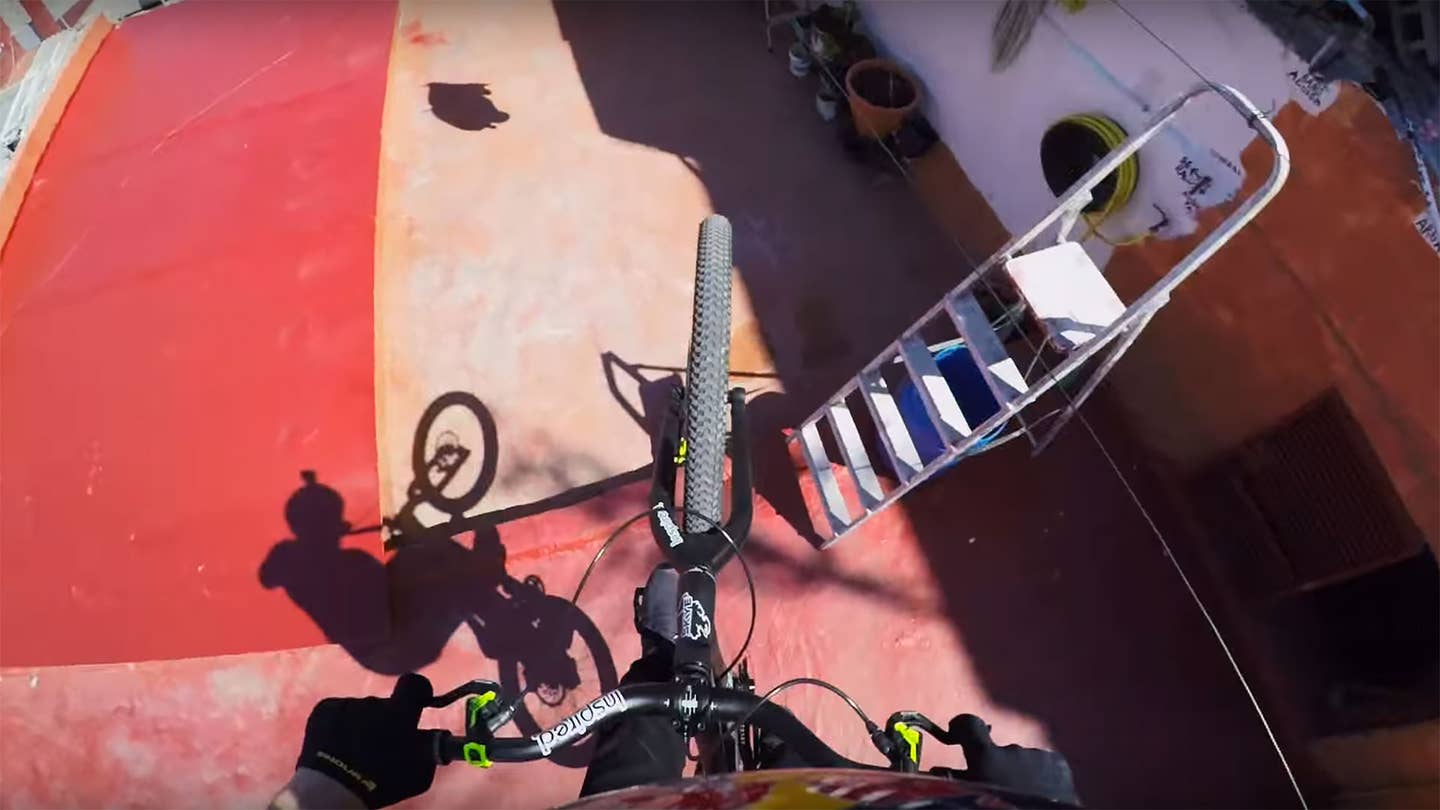 The latest, wildest stunt video from the ultimate enablers of the stuff, GoPro, is called Cascadia and, as the name hints, it is literally footage of a man falling down, down, down, through the pastel buildings of Gran Canaria, the largest landmass in the Spanish archipelago.

But because this is a video of an athlete, and athletes have skill, the video’s subject, Scottish biker Danny MacAskill, is not tumbling, Mad Men-style through the air. Instead, he is on a mountain bike, leaping with unreal agility and precision over and among the island’s rooftops. He balances on tiny outcrops, hops significant drops and scooches, brakes locked, down stairs and between ledges. Do not be fooled by the charming soundtrack—The Dodos’ “Fools”—because this video is stomach-churning. And vertigo-inducing. And yes, very beautiful, but mostly terrifying.

The video ends with a beautiful POV shot of MacAskill jumping off a building into a rocky sea. I know this only because I have been told. Happy viewing to those made of stronger stuff.