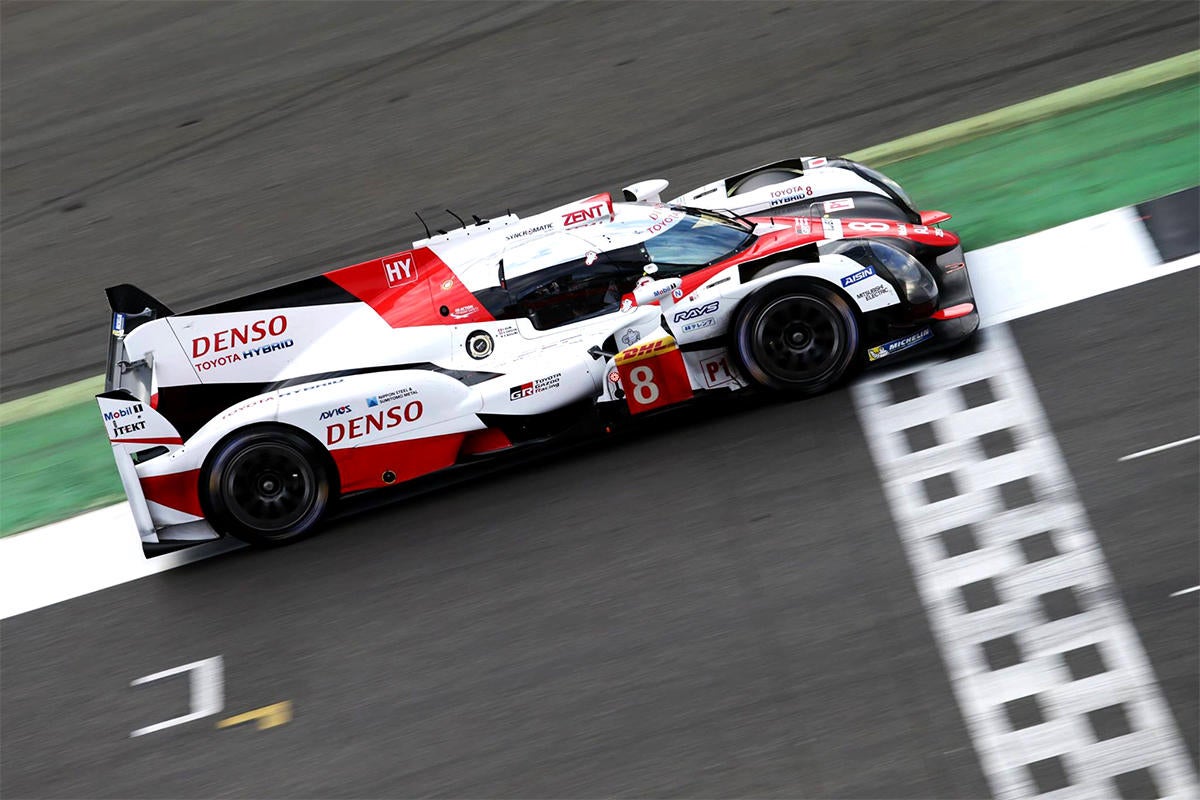 This year's FIA World Endurance Championship is anyone's game, no matter the category. GTE teams like Ferrari and Ford are battling it out while the LMP1 competitors are at the height of their game with Toyota looking to avenge their loss last year at the 24 Hours of Le Mans. Porsche has kept up as well, making it especially difficult for each of the prototype crews. This past weekend at the 6 Hours of Spa-Francorchamps, Toyota proved that it's still a top contender by rounding out the winner's circle with a 1-2 finish.

Porsche had control of pole position at the start of the race, pitting Toyota as the underdog. Shortly after, however, both the No. 7 and No. 8 Toyota Gazoo prototypes leaped ahead, providing an entertaining battle throughout the middle of the race. The drama continued on to the final section of the event with No. 7 hunting down his teammate, looping around the AF Corse Ferrari 488 GTE with a trick maneuver that put him crucially close to the No. 8 car during the last lap. The aerial footage of the overtake gives good perspective to the move.

In the end, it was the No. 8 Toyota that took the victory. Regardless of who finished first among the two, Toyota was ecstatic to have podium position at the end of the race. The 6 Hours of Spa often gives a good idea as to how Le Mans will play out, and Toyota certainly hopes that's the case here.

AF Corse Ferrari captured the 1-2 spots in the GTE Pro class while the No. 76 G-Drive car won the LMP2 category. Aston Martin Racing's No. 98 Vantage GTE won the Pro-Am contest, finishing out the classes.

June 17th marks the 2017 24 Hours of Le Mans, so teams have just over a month to prepare. Look to see those who finished behind to come back with a new plan for Le Mans as it will take a lot to overcome Toyota and its pair of TS050s.