WEC is making its only U.S. stop this weekend. Here's a look at the competitors. 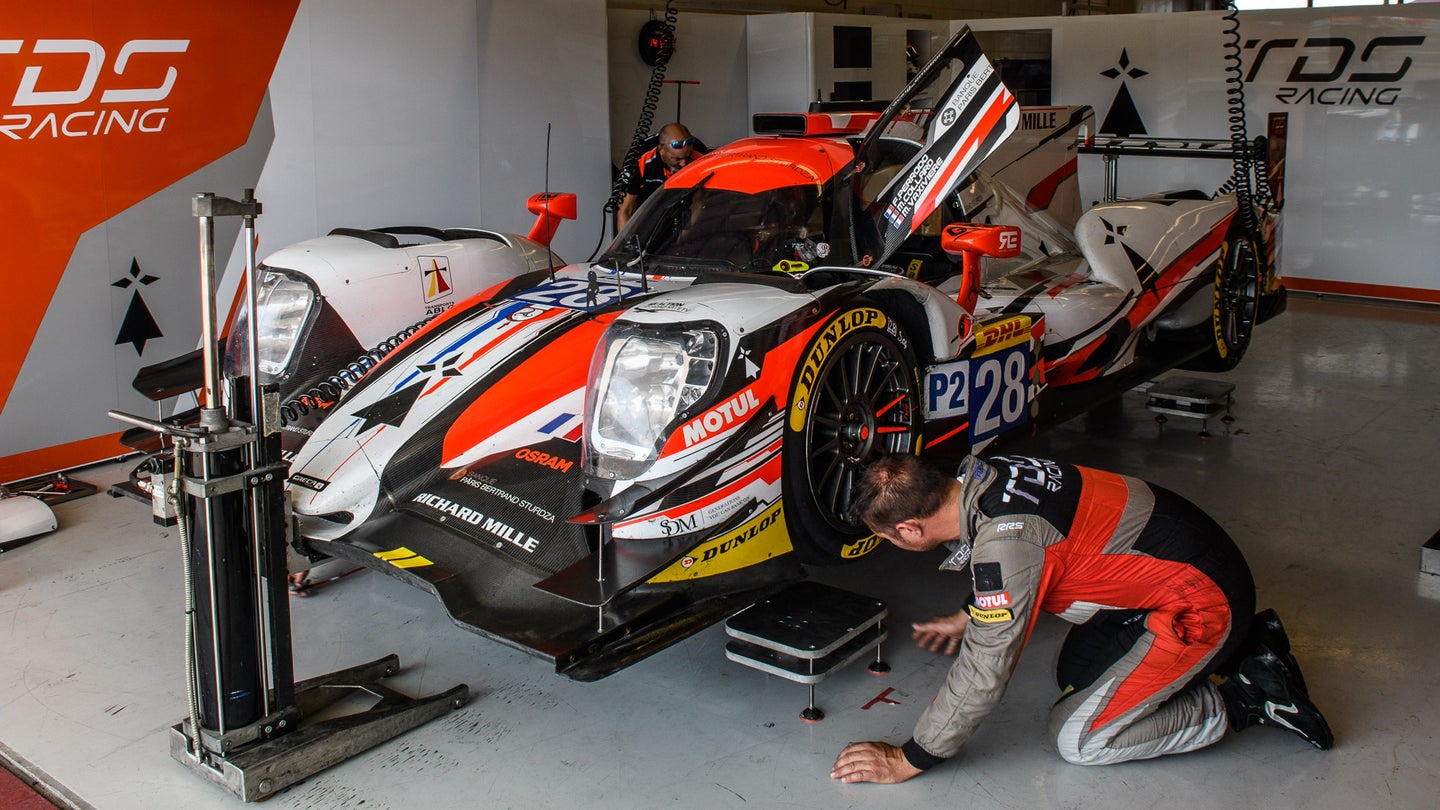 The 6-hour Lone Star Le Mans will be raced Saturday afternoon in Austin, Texas. The only U.S. stop of they year is also the final appearance of the FIA World Endurance Championship in Austin for at least a couple years.

The Drive is kicking off our coverage of the race with a look at all the cars that will be competing. It's a quiet day at the track, so we wandered the garages capturing the lineup in various states of race prep.

The Type 1 Le Mans Prototypes are the top class in the WEC. The cars are purpose-built custom race cars that are a step ahead of GT cars. These are the fastest closed-wheel sports cars racing today. Costs are huge at this level, making it the realm of factory teams on big budgets. The pricetag on a full season in the WEC for LMP1 runs from the tens to the hundreds of millions of dollars.

These costs are contributing to the shrinking field. As recently as 2015, there were 4 manufacturers competing (Porsche, Audi, Toyota and Nissan). At this point in 2017, there are only Porsche and Toyota. The Enso CLM P1/01, with a Nissan engine, competed in the first 4 races of the season, but will not be in Austin. In 2018, Porsche will exit LMP1, as well. But before we start our farewells, let's see the 2017 COTA lineup.

This is the 4th generation of the 919 that premiered in 2014. The two 919 entries belong to the Porsche factory team. Porsche leads the LMP1 manufacturer standings so far this season, yielding points to Toyota only at Spa where Toyota had three entries to Porsche's two.

Toyota Gazoo Racing brought two of the TS050 Hybrids to Austin. The car debuted in 2016. This is also the only LMP1 car anticipated to compete in 2018.

Where LMP1 teams cost astronomical money, LMP2 teams can run well under 10 million dollars for a season. The cost of an LMP2 car itself is under a half million dollars. LMP2 is the realm of private teams. These cars are substantively slower than LMP1 cars, but they still have the edge on the GTE cars.

Well, this is awkward. Despite the fact that the FIA approved 4 manufacturers for LMP2 cars, all nine of the entries at COTA will be the same car. The Oreca 07 with the Gibson GK-428 V8 engine. But wait. It says on your spotter card that Signatech Alpine Matmut is running an Alpine A470? Don't be fooled. That Alpine is just a rebranded (wait for it...) Oreca 07 with the Gibson GK-428 V8. Let's take a look.

There will be four 488 GTEs this weekend, two in the Pro class and two in the Amateur class. Ferrari leads the manufacturer rankings for the GTE cars. Since the model debuted in 2016, both pros and amateurs will run the same model. Rules dictate that amateur entries must be cars that are at least a year old.

Ferrari's big rival is the team of Ford GTs. Chip Ganassi Racing runs four, two in the WEC and two in IMSA. The Fords bested the Ferraris at Le Mans, but they trail their rivals in overall manufacturer points this season.

The Porsche GT3 RSR is the one that made big waves at the beginning of the season. This is the first mid-engined 911 and the change was necessary in order to fit a proper diffuser on the rear. Since the car is new in 2017, only Pros can run this version. The two at COTA this weekend belong to the Porsche factory team.

Aston Martin sits third in the manufacturer standings, but holds the distinction of winning the GTE class at Le Mans this year. Aston Martin Racing brought three to COTA. Two will compete in GTE Pro and one in GTE Am.

Rounding out the field is the previous generation Porsche GT3 RSR. This is the rear-engined version being run by the amateur class. The new mid-engine version is not eligible for this class until the 2018 season. There are two at COTA, both being run by private teams. Note the missing diffuser in the photo. It's a stark difference from the new RSR.

We'll be bringing more shots of these beauties over the next few days.