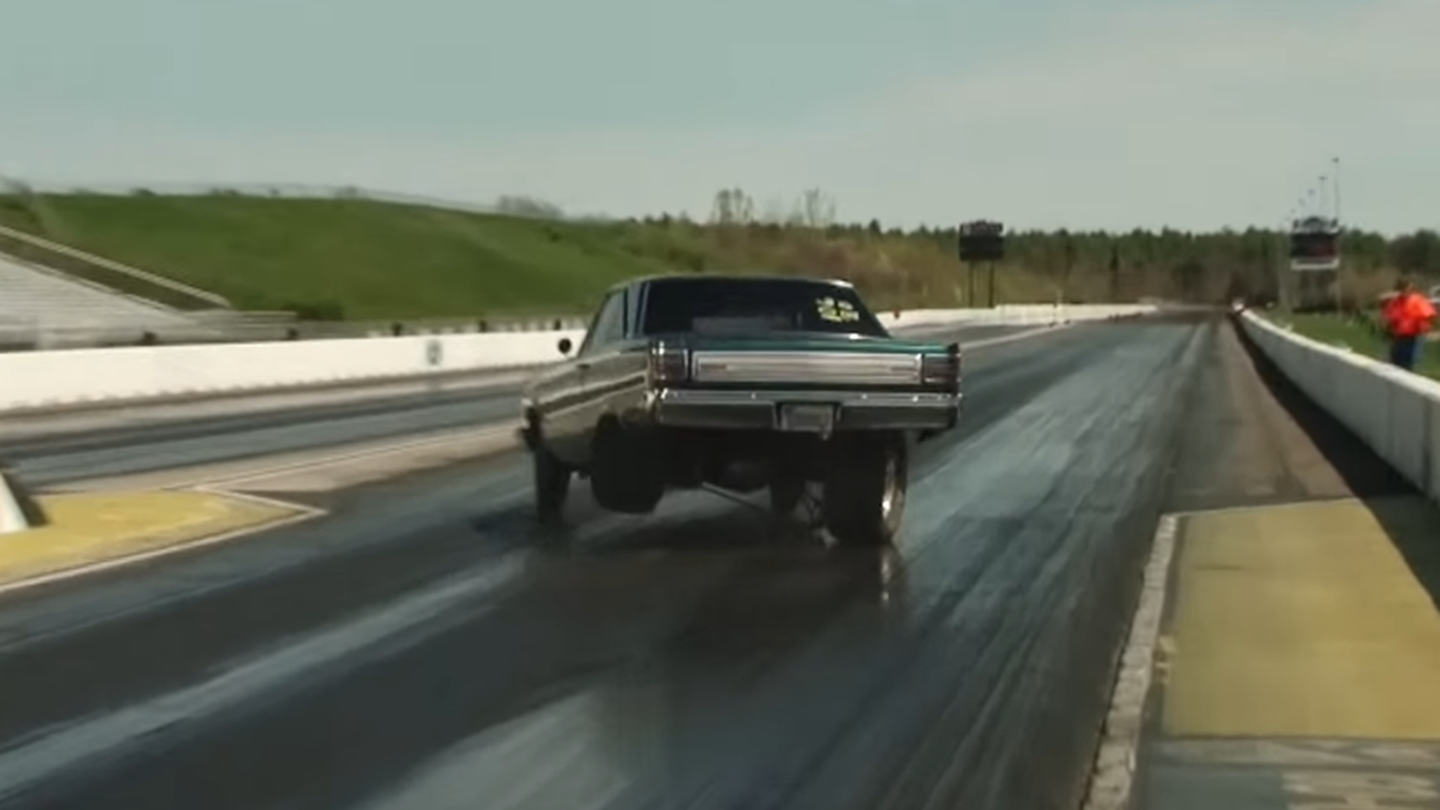 With all this talk of Demons and Exorcists, sometimes we just want to watch some classic sheet metal rocket down the drag strip. Watching this late-60s Plymouth Belvedere nose up to the line, riding proud on a set of massive slicks and growling like an angry lion at idle, we (and probably everyone in the stands) were excited for some good, old-school fun. But despite looking like a ten second car, it's apparently not built like one - instead of cruising to quarter-mile glory, the car lands in a heap just past the Christmas tree as the rear axle and suspension are literally ripped apart on launch.

And ouch, that sound. Particularly painful is the last boot of throttle the driver gives it after the axle welds separate and everything goes south. Over at BangShift, there's a lot of speculation based on the brackets you can see dangling beneath the horribly-mangled undercarriage that the unlucky owner likely had attempted a conversion from leaf springs to a ladder bar suspension setup. Ladder bars are pretty simple and durable, but the bracket welds are a common failure point and competition sets can be weakened with street use thanks to their unyielding design.

Of course, after a catastrophic failure like that, the owner's looking at a lot more than replacing his suspension - the gas pouring out of the back when the old Mopar comes to rest is just one sign that everything under there was pretty torn up by the newly-liberated axle, and he's likely got a lot of expensive work ahead. Here's hoping the build goes better next time.