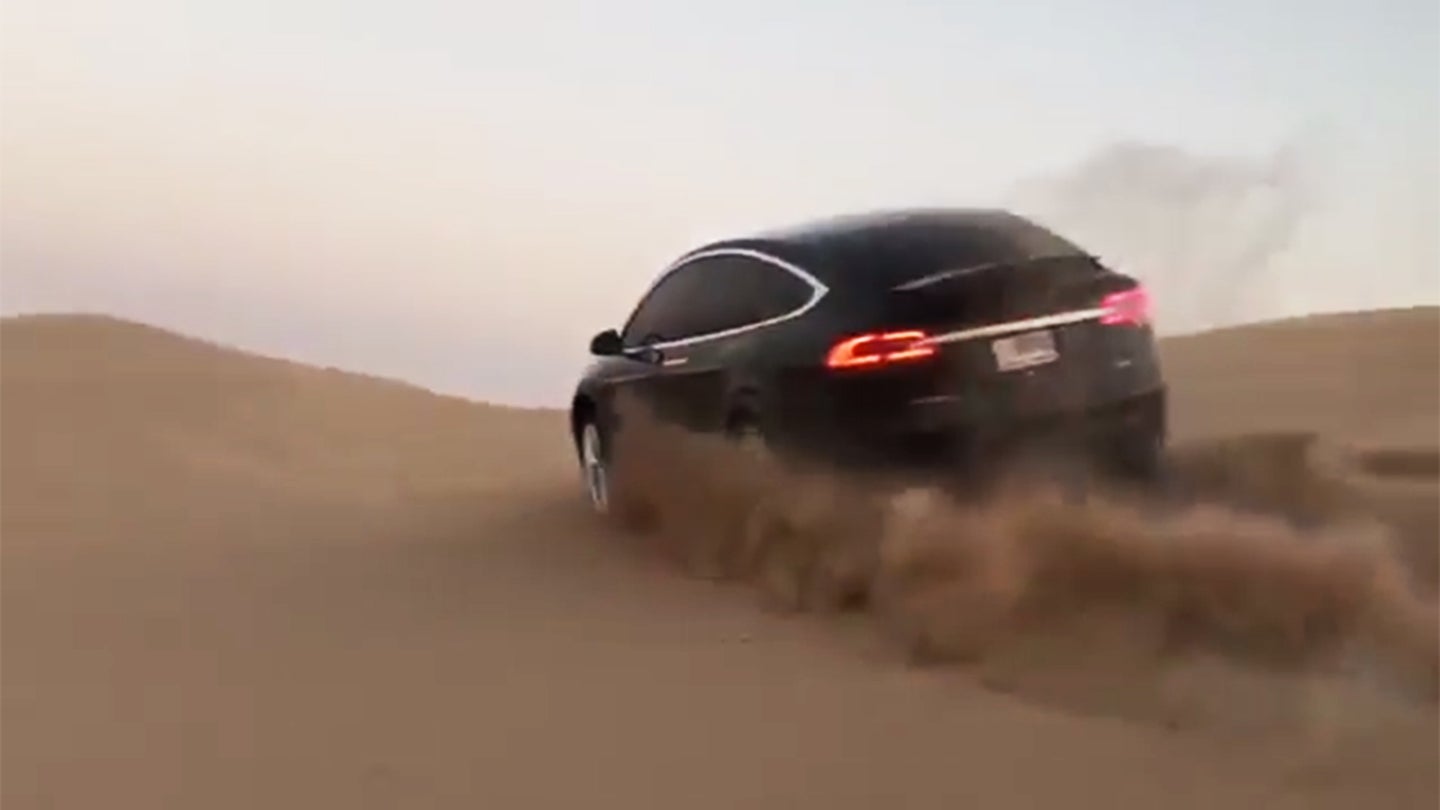 Like many six-figure SUVs, the all-electric Tesla Model X will rarely be driven into anything tougher than a two inch mud puddle—if that. But unlike most of its competitors, it's not really designed with all-terrain capability in mind, lacking the locking differentials, transfer case, and multi-surface four-wheel-drive settings of trucks like the Mercedes-Benz G-Class or the Land Rover Ranger Rover. That didn't stop the Tesla Owners Club of Saudi Arabia from taking a 2016 Tesla Model X P90DL out into the desert for some dune-bashing fun. And the result is...well, it is, let's just say that.

The video shows the Model X perched near the crest of a small dune somewhere in Dubai. After accelerating from a stop, the big battery-powered SUV lazily drifts around the dusty landscape, kicking up sand from all four wheels and handling the slight elevation changes without drama. Unlike the last Model X off-roading video we highlighted, this one manages to avoid getting stuck, and it's all done on the SUV's standard low-profile road tires.

The Model X isn't without its abilities—with the adjustable suspension raised to its maximum height, it has just about the same ground clearance as a Range Rover Sport—but awesome renderings aside, no one is looking at it as the first true off-road electric vehicle. And that's good, because no matter what other breathless descriptions on other websites are saying about this video, the Model X is a long way from that point.

You can debate whether or not anything with four-wheel-drive would have been able to handle the tame circuit that the Model X used, but all it takes is one look at the video Lamborghini made to market the new Urus SUV's "Sabbia" (Sand) terrain mode to see where the high-performance, high-dollar truck market is at. Buyers want to feel like they have the ability to go anywhere, even if they never dip a tire off pavement. And this Tesla video, pioneering as it may seem, doesn't come close to delivering on that promise yet. Now about that Tesla pickup...